A weekend in London or a longer visit, both options guarantee the creation of unforgettable memories. The city is so big that you could stay here for weeks and still miss out on things. All the more reason to have a good look at some awesome things to do in London before you head there. In this article I share what I think are the ten highlights of London. Have you been there yourself and are there items missing? Then let me know! 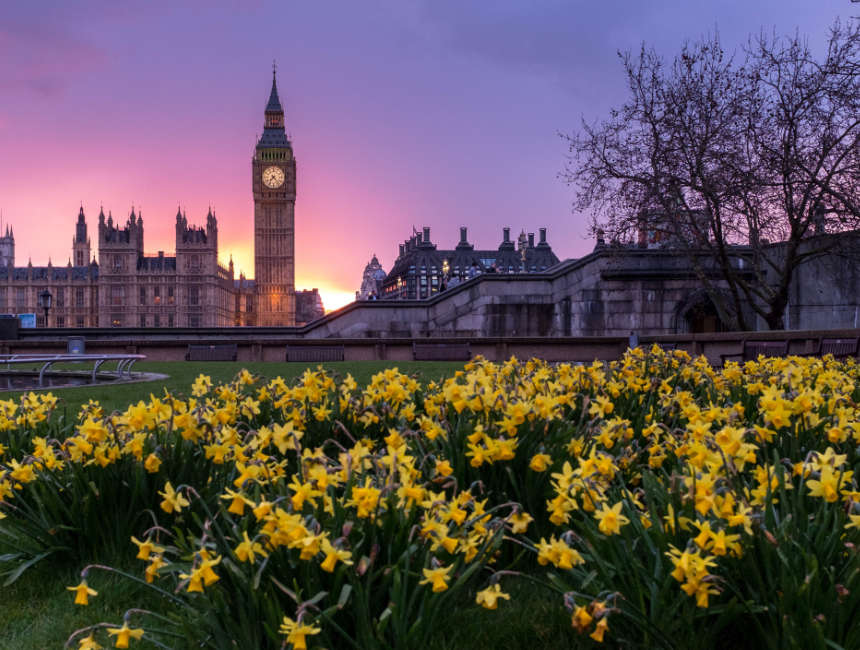 A visit to London isn’t complete without having sat in one of the egg-shaped cabins of the London Eye. This giant ferris wheel turns around in half an hour and gives you a spectacular view over the city. In the cabin you can roam freely or take a seat to take in the scenery. With children, it’s nice to see how many famous buildings and places they recognize. The location along the Thames is also a convenient base for starting other activities in London. 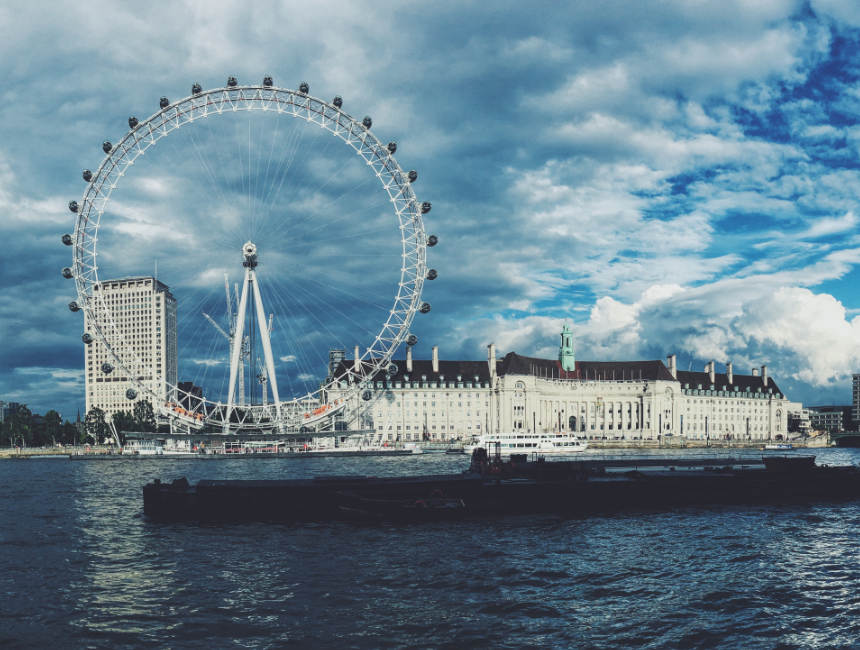 From the London Eye you’ll get amazing views over this spectacular city.

An afternoon of shopping, heading to the movie theater at night or getting some great food during your weekend to London? Take the subway to Piccadilly Circus. As you get out of the tube, you’re almost blinded by the light commercials. The 19th century fountain contains an image of the Greek god Anteros. Harry Potter fans will recognize the square from Harry Potter and the Deathly Hallows: Part 1. The square in itself may not be so special, but the short walking distance and the crowded atmosphere make it one of London’s most important attractions. 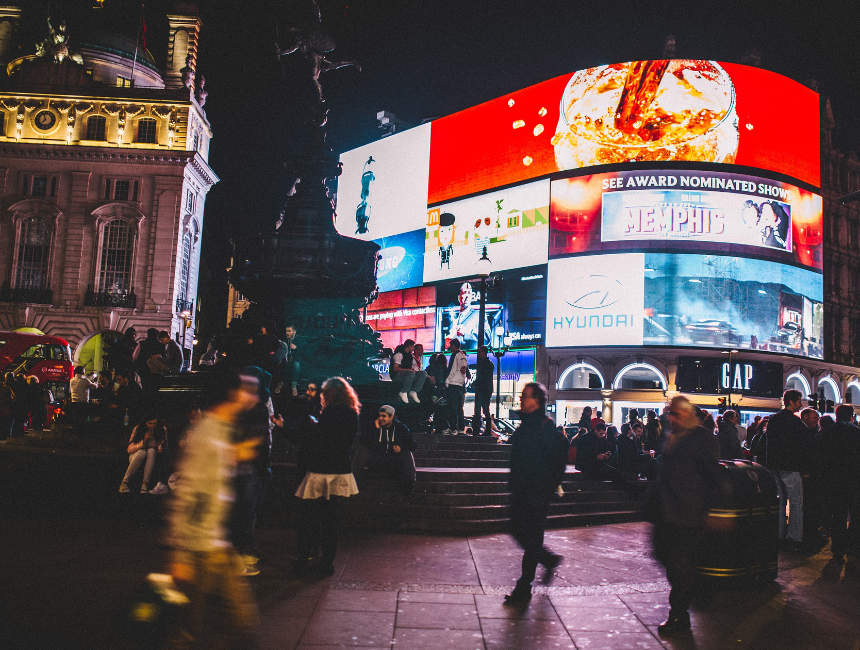 For culture lovers, the many museums are the number one reason to visit London. What I noticed while I was in LDN was that many of these sights in London are free to visit. The British Museum, the National Gallery and Tate Modern exhibit a great amount of art and tell beautiful stories. Are you on holidays with the kids? Then head to the National History Museum and the Science Museum. These might be more fun to visit when planning a citytrip to London with kids. 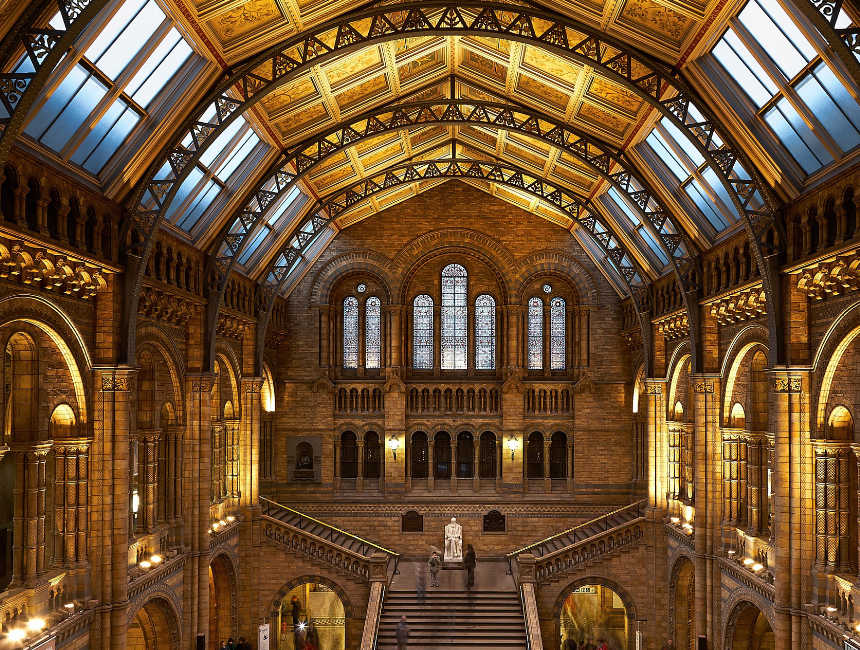 The absolutely gorgeous National History Museum. The building is beautiful, but the exhibits are out of this world!

Want to get in touch with people from all over the world, do some relaxing or feel one with nature? Hyde Park isn’t one of London’s most popular attractions without reason. I especially liked this place to have a picnic on a hot day afternoon. The mix of all kinds of people creates a pleasant, casual atmosphere. Unique to the world is the Speakers’ Corner, where anyone can speak every Sunday about whatever crosses his or her mind. The combination of all these possibilities makes Hyde Park one of London’s nicest things to do. 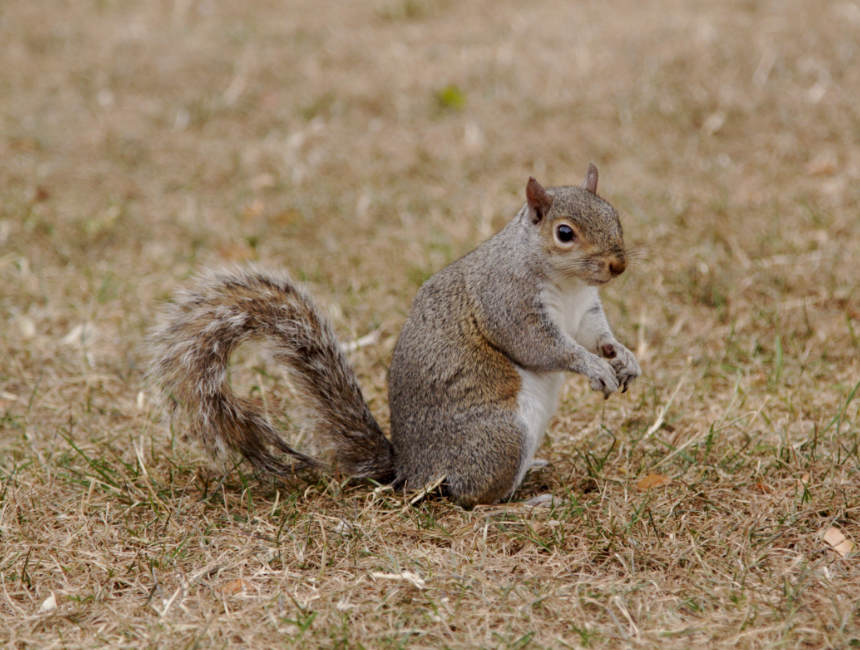 Hyde Park has some very curious locals running around!

You may have noticed during your weekend in London that the British are very proud of their country and talk with great importance about their royals. The more reason to head to one of London’s most important sights: Buckingham Palace. This 18th century palace is home to the queen and is especially visited during the changing of the guards. This ceremony speaks to the imagination. Children may know the location of the movie ‘The Big Friendly Giant’ by Roald Dahl. Perhaps you should tell them that it’s unlikely that the queen will invite them for a cup of tea, though…

Head to Buckingham Palace in time, so that you won’t miss the changing of the guards ceremony!

The Westminster Subway Station is located right next to the Thames and opposite the London Eye. In ‘Harry Potter and the Order of the Phoenix’ this busy and important place comes back a few times. Why is this one of London’s major attractions? Step up the street and look around. I found it very special to have so many famous buildings and attractions so close together. The Big Ben, the Ferris wheel, Westminster Abbey, the Jewel Tower, the County Hall and so on. Take some time to walk around and take some pictures. And if you have time left, you can always go to Sea Life or The London Dungeon to change up your activities. 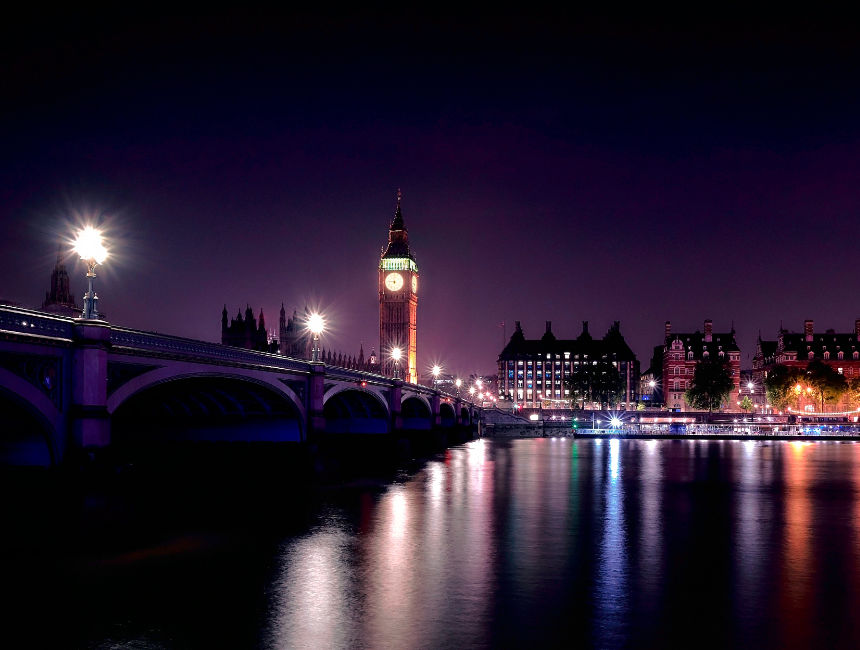 Westminster isn’t only beautiful during the day. Once the darkness falls, this place gets lit in an even better atmosphere.

Many people book a city trip to London to shop until they drop. And, as far as I am concerned, that is a perfect reason to come here! Visit famous shopping sights of London, such as the Selfridges and Harrods department stores. Stroll through streets such as Oxford Street and Regent Street for the bigger chains. Nothing Hill is known of the same-name film. Its neighborhood is filled with small shops and nice stalls. Anyone who loves markets and vintage clothing should head to Camden Town. In my opinion, one of the best neighborhoods of London. 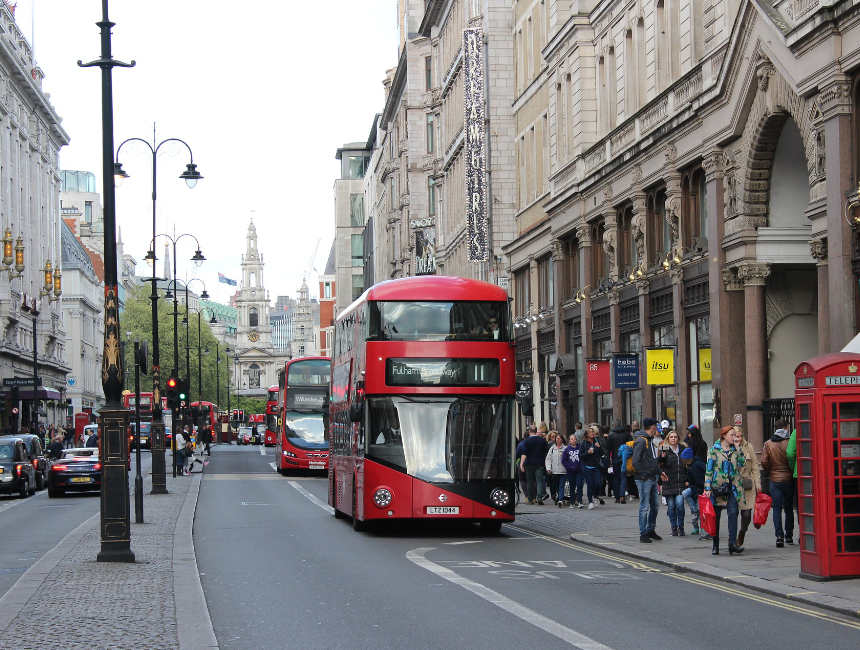 Once I am in London, I become a shopaholic!

In London’s Soho district, you’ll find a fusion of different cultures. This is because immigrants settled here in quite big groups. This mix makes it one of London’s top things to do. Nowadays, it’s a vibrant area where art, music and good food can be seen, heard and tasted from all over the world. I recommend you to go to one of the many concerts or theatrical performances in the evening. 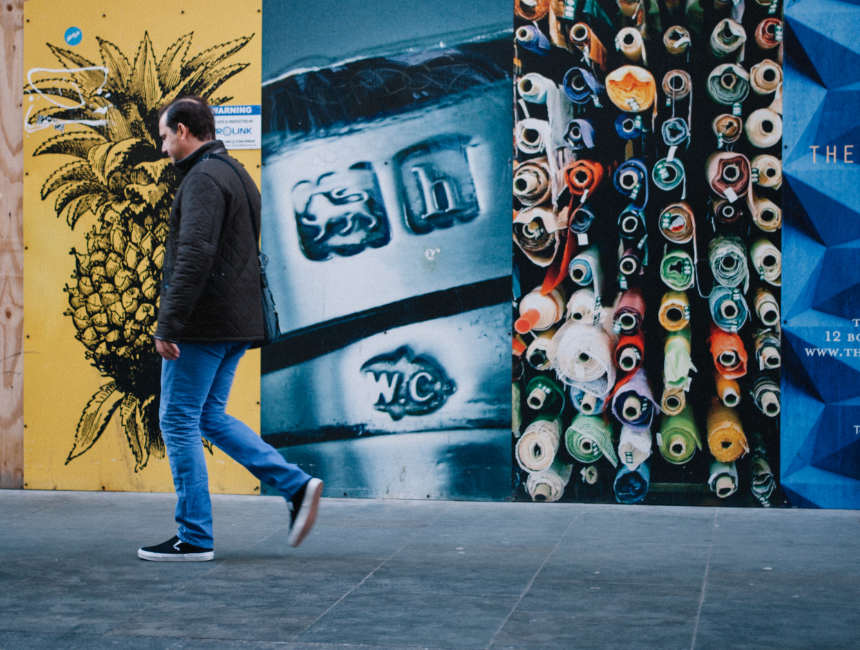 Do you want to visit one of the cosiest neighborhoods in LDN? Head to SOHO!

The impressive Tower Bridge doesn’t decorate postcards and travel guides for nothing. The construction was completed at the end of the 19th century and forms an important connection. Walking bridges are placed between the towers from where you have a nice view over the Thames. In the museum you will learn everything about the operation and history of the bridge. What I particularly like is that you can easily walk to other activities in London. Think of a couple of museums and the Tower of London. 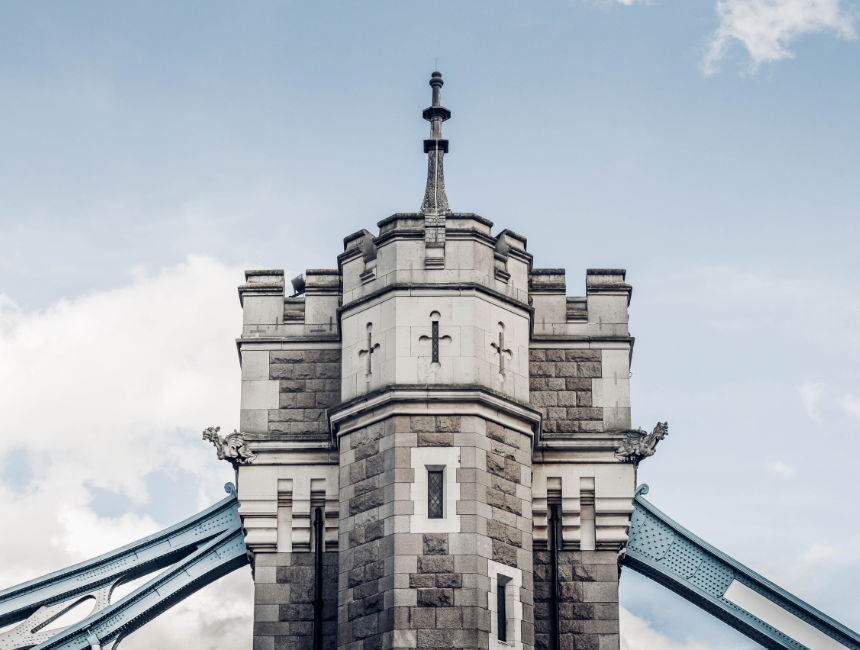 Visit the world famous crown jewels in the even more famous Tower Bridge.

It may sound crazy but I consider the public transport also as one of the things to do in London. The subway allows you to get in and out of London on any street corner during your visit. A day in London is in fact not complete without having sat on a double decker. There are fixed lines that stop at famous monuments, buildings and museums.
An advantage: these rides are cheap or free with a London Pass. Very touristy but definitely one of the highlights of London.

And not only the bus or metro is a sight. The people of London are an attraction of their own!