Miami doesn't really need much introduction. The city in Florida is known for its glamorous atmosphere, its beaches and a sunny climate. With the many tourist attractions in Miami, the city is able to enchant you and leave a deep impression forever. From the impressive Miami Beach to the moving Holocaust Monument. Here are my favorite places to go in Miami. 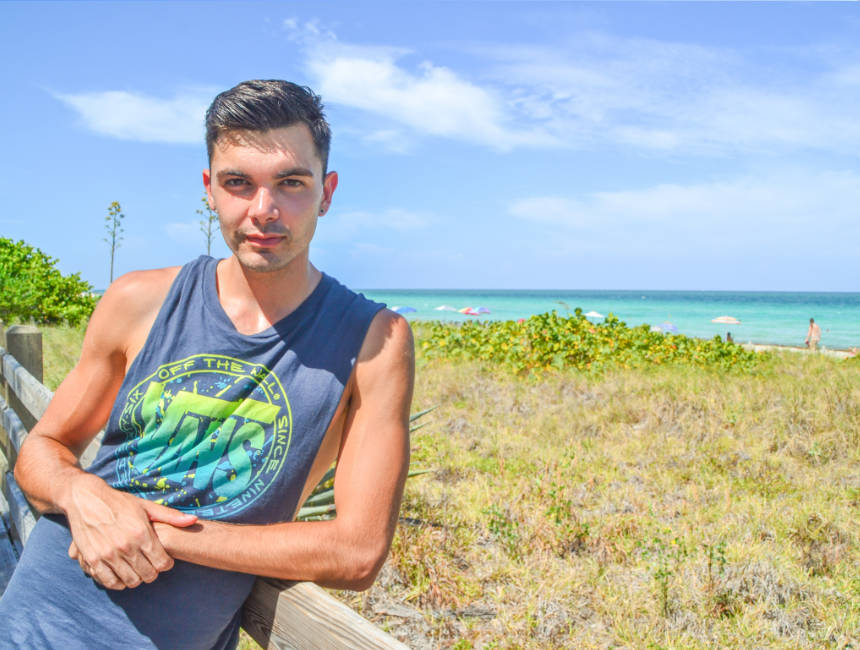 When you think of Miami, you may already dream of the sunny beaches where you can enjoy the good weather in great temperatures. Miami Beach may be the biggest reason why tourists travel here. Relaxing in the afternoon is one of the best things to do in Miami, but the whole area is in fact one of the biggest attractions of Miami. Technically, the beach is just outside the city, in the middle of the Art deco district, a district full of exceptional buildings. The stunning hotels, shop fronts and other buildings in art deco architectural style are best seen with a walking tour, one of the most culturally rich excursions in Miami. 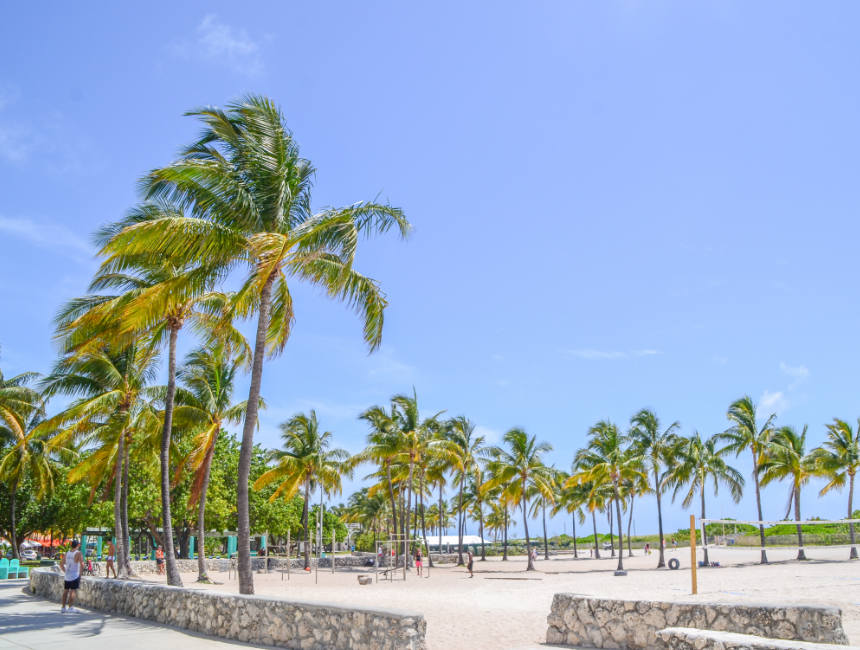 Obama may have made it a lot easier to travel to Cuba -and Trump again a lot harder- you can just taste the same Cuban atmosphere in the Little Havana district, one of the hippest districts in Miami. When Fidel Castro came to power in the fifties, many Cubans fled to the American peninsula. They brought their culture along in the form of Calle Ocho (8th Street), where Latin music pumps from the houses and the smell of cigar hangs in the streets. A lot of excursions are offered in Miami where you can see the most beautiful places in the neighborhood together with an experienced guide who’ll learn you more about the life of these American Cubans. 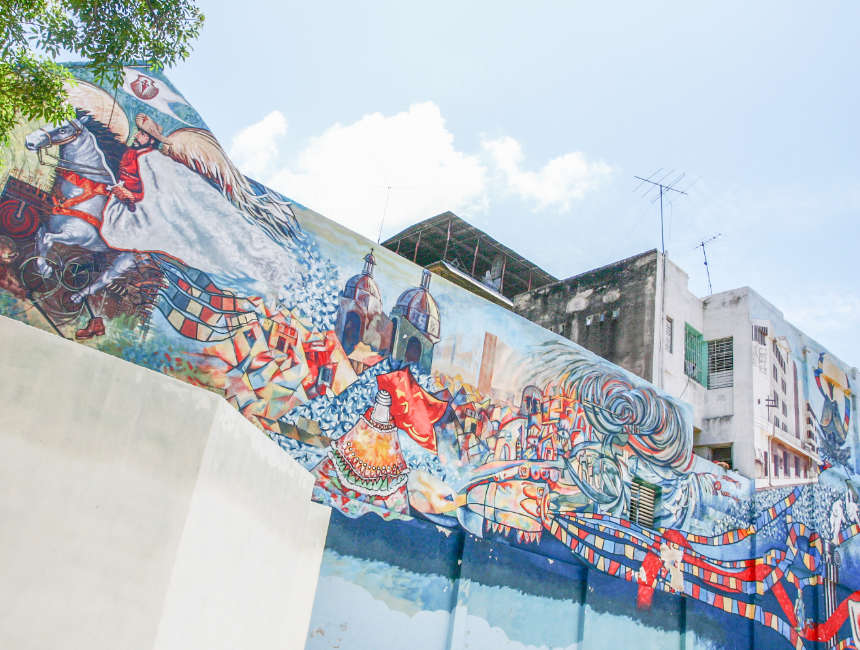 Little Havana is characterized by a lot of graffiti, good food and loud sounding salsa music!

Lincoln Road is sometimes compared to Fifth Avenue in New York. Along this road you can find numerous coffee places, shops and theaters. An afternoon of shopping on Lincoln Road is one of the best ways to spend your day in Miami. If you’re looking for culture, you should go to the Colony Theater, where many known pieces are performed. Whoever wants to get rid of his car in this street, better thinks twice. De Herzog & de Meuron is probably the world’s most glamorous car park.
Even if you don’t like shopping or theater, Lincoln Road is one of the nicer places to go in Miami. Even if only for the bustling atmosphere that hangs there. 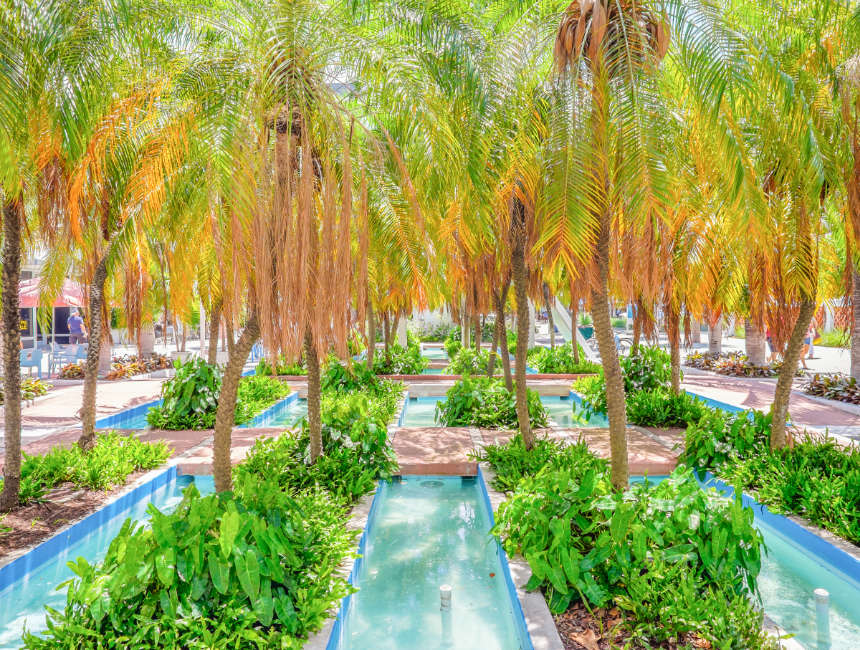 The Lincoln Road Mall in Miami. It’s a paradise for shopaholics and window shoppers!

Bayside Marketplace is one of the busiest places in Miami. Bayside Marketplace is a kind of farmers’ market in the city center. There are more than 150 tourist shops, several cafes and restaurants and daily live entertainment. Because of the wide range of both popular chains and unique shops, not only tourists but also locals often shop here. As the name suggests, the market is located on the water, overlooking the docks and the boats. Most visitors come here for the cozy atmosphere. 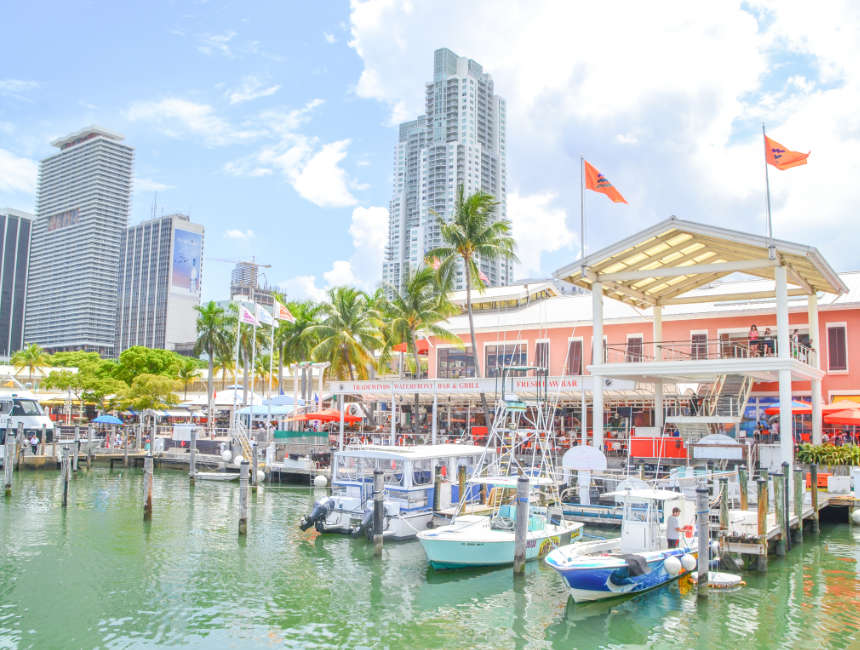 The Bayside Marketplace is very pleasant to walk around. After a nice lunch you can also book a boat tour around Miami.

Bayfront Park is located in the east of Biscayne Boulevard and is one of the best places to go in Miami. This public park in downtown Miami is the setting for many events including the New Year’s Ball drop, concerts and even performances taking place in the Bayfront Park Amphitheater. One of the highlights is the Pepper fountain, an electronically controlled fountain. You also have three important monuments: the Torch of Friendship, which reflects Miami’s good relations with the countries of Central and South America, the World War II Memorial and the Challenger Memorial: a memorial site for the crew that died after the explosion of a spacecraft in 1986. These three monuments are an additional asset why the Bayfront Park is one of the major attractions in Miami. 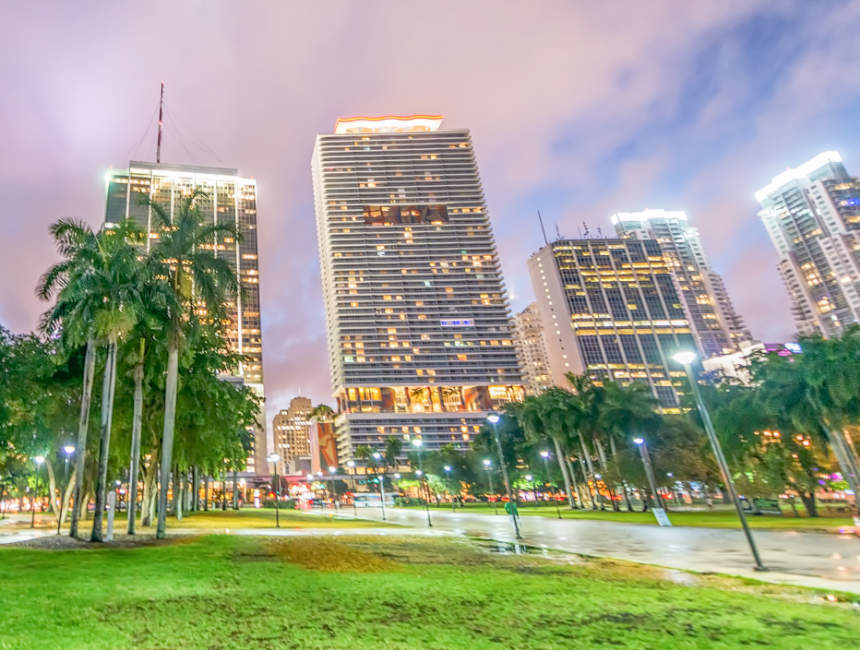 Do you need something other than beach or wide avenues? Walk through the Bayfront Park of Miami!

The Vizcaya Museum and the surrounding gardens are one of the hidden treasures of the city. Both the architecture of the building, the domain itself and the artworks are a good reason why the museum shouldn’t be missing out on your to-do list if you visit this impressive city. The domain was the former winter residence of the industrial James Deering and was built in the Italian Renaissance style. The villa consists of 34 different rooms, built around a central patio. Today, the rooms serve as a museum for works of art from the 15th to the 19th century, which are exhibited here. Many world leaders met in this building, including President Reagan and Pope John Paul II in 1897. One of the landmarks in Miami that art and history lovers shouldn’t ignore. 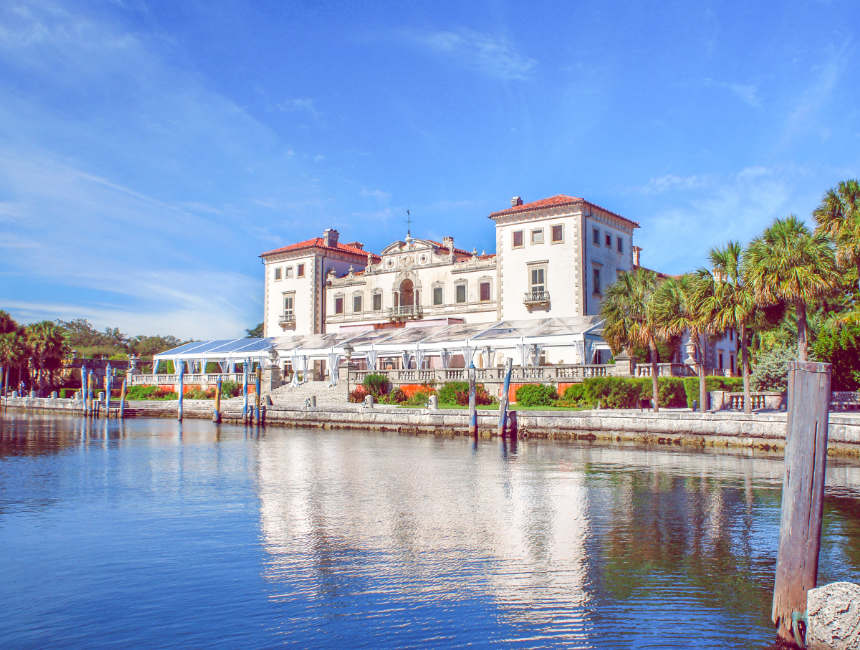 The Vizcaya museum is a gem! The inside and the outside are spectacular!

Jungle Island is an interactive zoological park where you can encounter many different animal species. This makes it one of the best places to go in Miami for those traveling with children. More than 1100 bird species live in the simulated setting of a tropical rain forest while the botanical gardens have more than 2,000 different exotic plant species. Jungle Island is also a wildlife habitat for many other animal species including tigers, baboons, alligators, orangutans, monkeys and flamingos. The animal park is a nice change for those who have enough of the cultural attractions in Miami and is definitely a highlight for which kids will be very grateful. 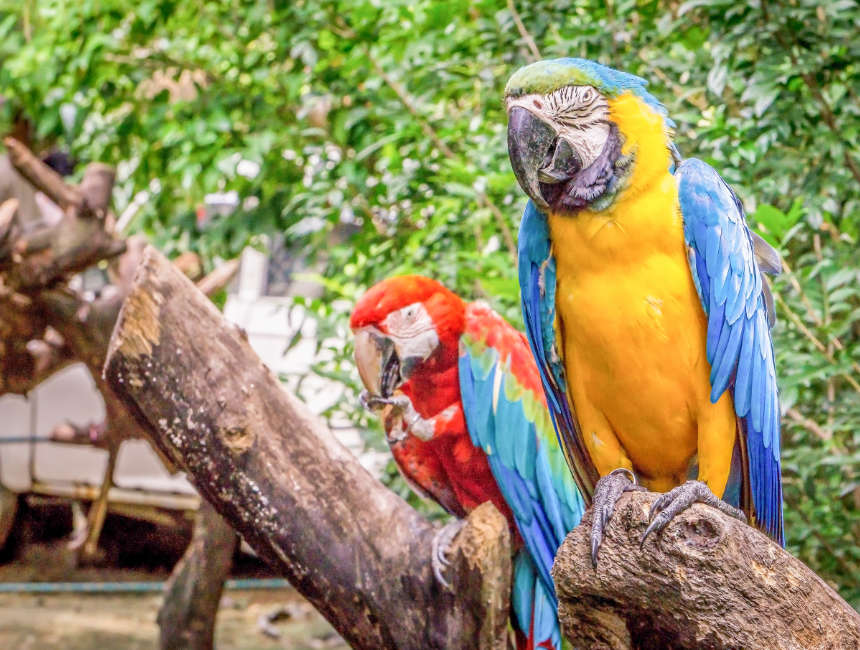 Admire colorful and less colorful animals. Visiting the lifelike biotopes is fun for young and old!

For sports enthusiasts, this name will undoubtedly ring a bell. This stadium is the home of the Miami Heat, a basketball team that’s in the NBA. In addition, it’s also often used for performances and other important events. The building itself was built in 1999 and received an award because it’s so energy efficient. Whoever has the chance to attend a match of the NBA or an event in the American Airlines Arena shouldn’t miss out on that opportunity. An NBA competition is a unique experience and you might be introduced to some really passionate locals. 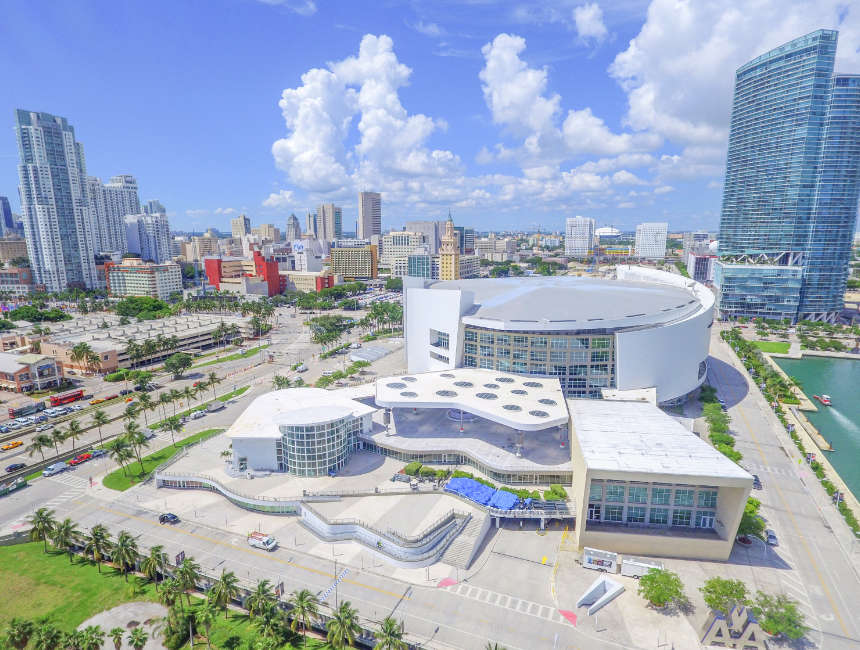 The American Airlines Arena seen from above. Definitely enjoy a concert or sports competition if you can.

The Miami Seaquarium is one of the landmarks in Miami that has long been considered a favorite during family vacations. This tourist attraction is not only visited by travelers who are on holiday in Miami, but also by tourists who make a road trip through Florida. One of the main reasons for this is the many shows with dolphins, orcas and seals that take place every day. You can also find alligators and sharks. The Seaquarium focuses primarily on saving manatees. 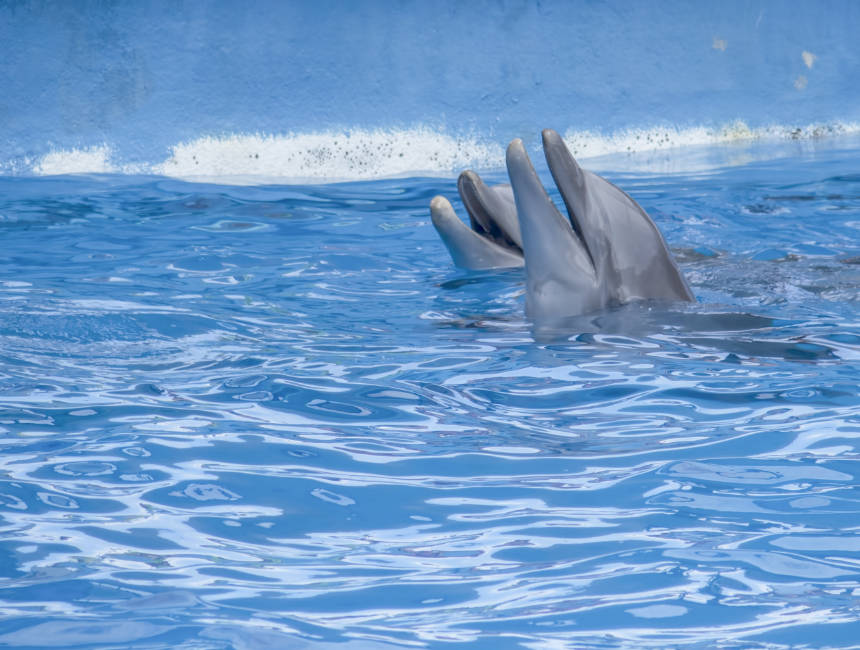 Those who travel with children should arrange a stop in the Seaquarium in Miami.

A former quarry was transformed into a beautiful swimming pool! The Venetian Pool was opened in 1924 and has since become a crowd pleaser for visitors and locals. A cooling splash in this beautiful environment feels heavenly!
Mediterranean buildings and bridges connect the different swimming pools, and it really seems like you are swimming in the Venetian canals! This is one of the lesser-known sights, but I definitely recommend to take some time to come here. Even if you have only come to Miami to enjoy the sun and the beach, swimming and sunbathing at this beautiful location will not soon be forgotten!
For $13 you can spend an entire day here as an adult. Children from 3 to 12 pay $8. 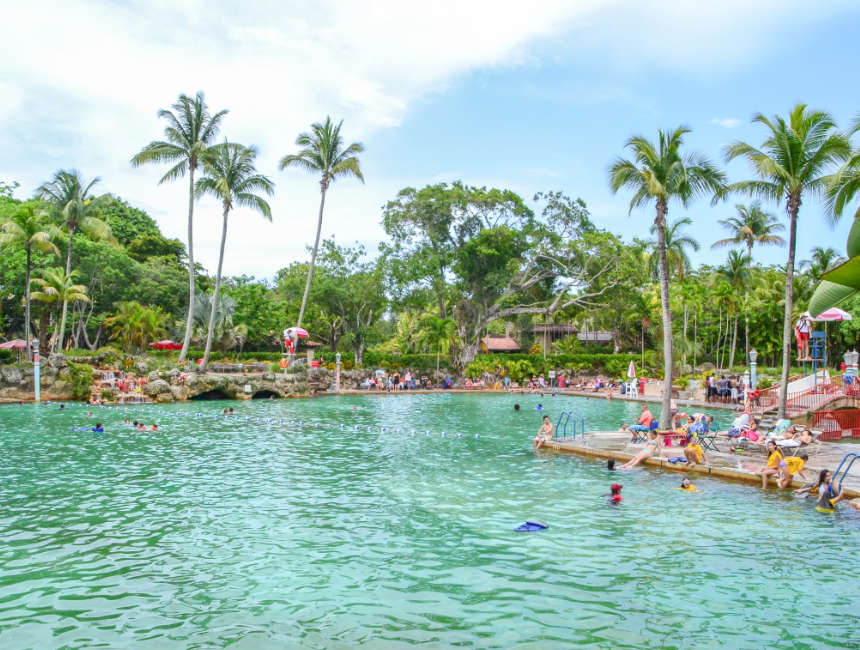 It’s quite a sight, this beautiful pool in Miami. The Venetian Pool is beautiful to look at and great to plunge into!

Those who spend their holidays in Miami can spend many days at South Beach or wandering along Lincoln Road. Still, it’s a good idea to also do one of the excursions out of Miami. You can easily book a day trip to the nearby Everglades National Park, one of the most visited national parks in the US. This swamp area is one of the most unique places in Florida and is the natural habitat of predators such as the alligator, crocodiles, snakes and numerous bird species. In fact, the entire area is nothing more than a shallow river that flows from the ocean. The easiest way to explore the Everglades is with an airboat, one of the coolest vehicles in the state of Florida.

Are you still looking for a day trip from Miami? Don’t hesitate any longer and book a tour to the Everglades!

Fort Lauderdale is about 35 minutes from Miami and is a nice day trip for those who want to leave the busy city behind. Just like Miami, you will also find beautiful beaches, bars and restaurants here. Fort Lauderdale has a large marina and one of the most beautiful walking promenades of the state of Florida. It’s sometimes considered the Venice of America because of the many canals where tourists can make boat trips. 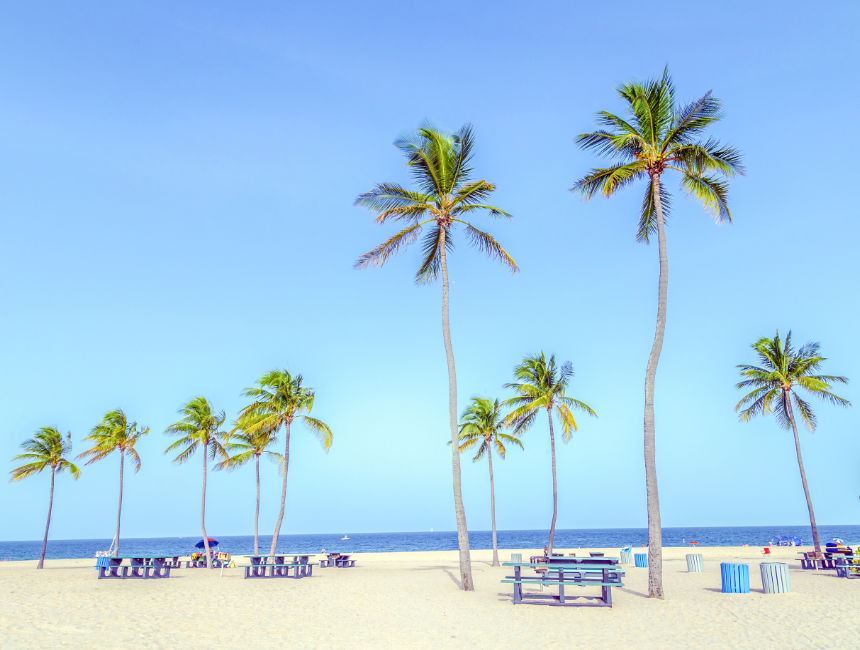 Fort Lauderdale also has beautiful sandy beaches and paradisiacal views, but it is less crowded than in Miami.

This state park is located on Key Largo, one of the largest islands of the Florida Keys. It’s the first submarine park in the United States and very famous for its impressive coral reefs. It may not be surprising that the John Pennekamp Coral Reef State Park is considered a hotspot for divers. But not only for divers and snorkelers this is one of the most important sights of Miami. Tourists can also enjoy the undersea world through the glass bottom boat trips. Especially the statue called ‘Christ of the abyss’, a 25 meter (82 ft) high statue under water is one of the highlights of everyone’s visit. 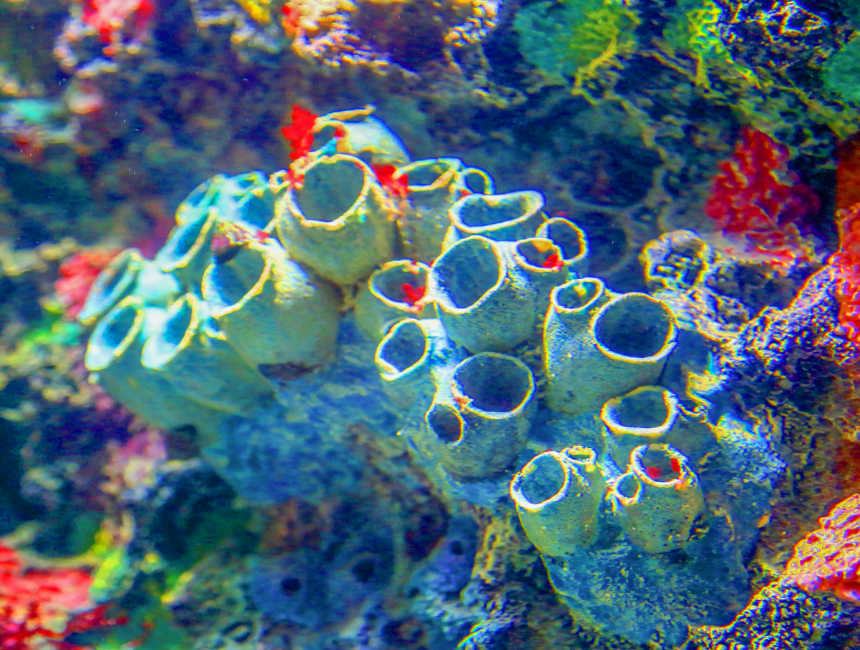 Do you like snorkeling or diving? Then this is the best place to test your fins! The underwater world is decorated with colorful corals and gigantic schools of fish.

If you don’t mind spending a few days outside of Miami, I recommend visiting The Keys as well. These islands south of Miami are perfectly accessible by car due to the miles of bridges that have been built between the islands.
It really seems like you ended up in the Caribbean. Colorful houses, the laid-back lifestyle, beautiful sandy beaches and oceans and incredibly friendly residents. The Keys are wonderful to take a rest from busy Miami!
My personal favorite is Key West, the southernmost tip of the United States. 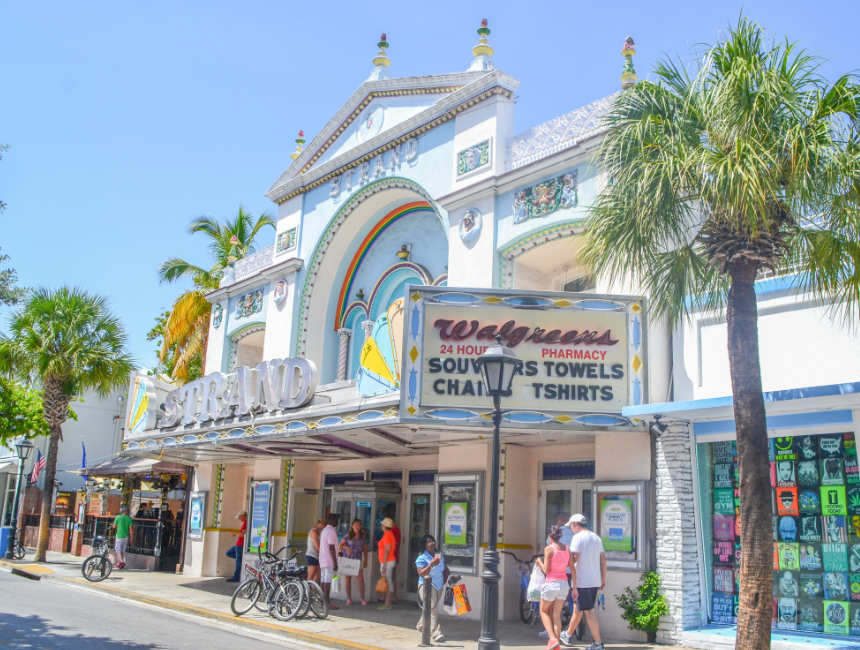 The cute houses and buildings of Key West will amaze you! And of course the beauty of the beaches…

Tours and excursions in Miami

Miami is a popular holiday destination. So sometimes it’s a good idea to already book certain activities. Are you going to the Everglades? Or do you want to book airport transport in advance? Take a look at these tours and excursions from Miami: