The Hungarian parliament is one of the most beautiful sights of Budapest. The Hungarian capital has a lot to offer, but this building really stands out. That's why you shouldn't miss it during your visit to the city. To help you on your way, I tell you everything you need to know about the Hungarian Parliament. 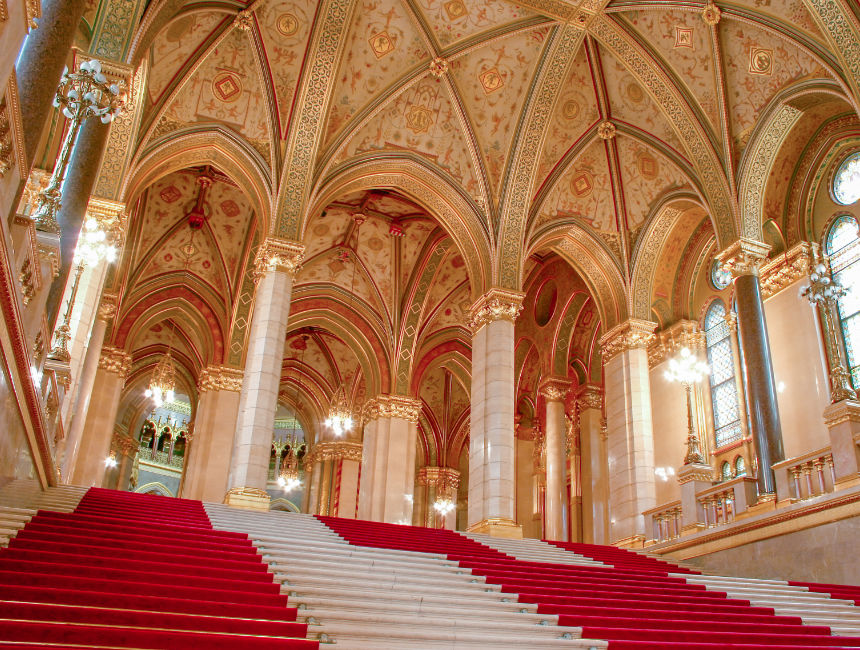 A bit of history and information about the Budapest Parliament building

On the banks of the Danube, you can find the largest building in Hungary and the highest construction in Budapest. The Hungarian House of Representatives is located in this impressive piece of architecture. The parliament in Budapest is a fine example of the neo-Gothic architecture through its symmetrical façade and central dome. The inside is also symmetrical because there are two completely identical parliament halls: one is used for political purposes and the other for tourist tours. The Budapest Parliament building is 268 meters long, 123 meters wide and 96 meters high. In the building you’ll find ten courtyards, 28 staircases, 27 gates and 691 rooms, of which more than 200 are used as offices. There are 242 statues on the inside and outside.
And the coolest thing of all? You can visit the Budapest Parliament! 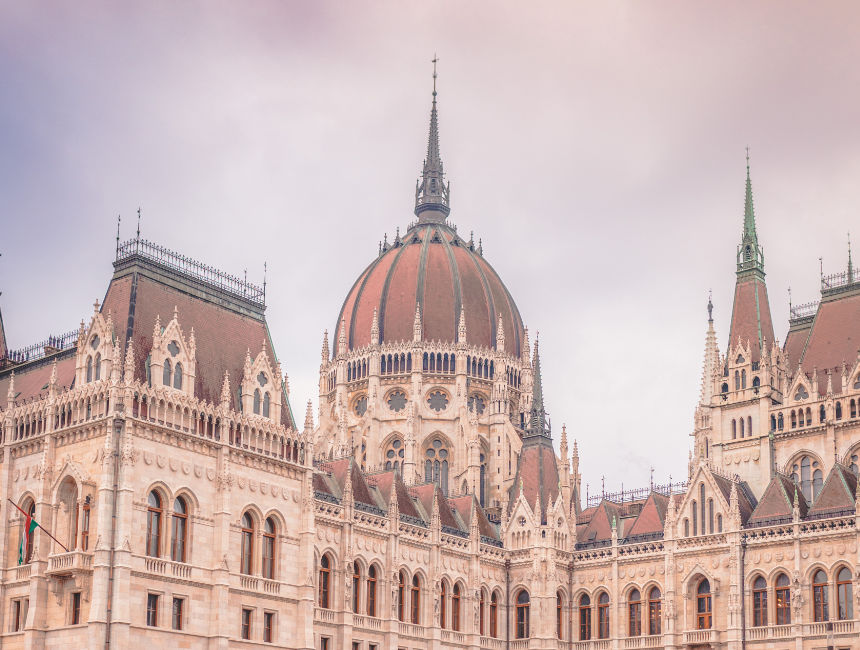 You will not believe your eyes when you see this beautiful building!

What can you see in the Budapest Parliament building

If you’re going to visit the Budapest Parliament, you should definitely not limit yourself to just the outside. When you enter the building, you’ll feel like you’re in the Vatican because of the abundance of gold. More than 40 kilograms of gold leaf and half a million semi-precious stones were used to embellish the inside. The absolute crown jewel of this shiny collection is the original St. Stephen’s crown together with the royal sword of the Hungarian kings. The hall of the former Hungarian Upper House is also very impressive: oak panels, golden decorations, paintings of the coat of arms of the Hungarian nobility and murals… You’ll see plenty of opulence here.

The dome room is the geometric center of the parliament building and also the symbolic center of Hungary. In addition to beautiful mosaics, there are also statues of former Hungarian rulers. The Grand Staircase is also one of the most beautiful halls: the 96 steps are covered with a royal red carpet and the ceiling is decorated with beautiful frescoes. But the absolute eye-catchers here are the eight granite columns, each weighing four tons. Of this type of column you can only find four other specimens in the world.
The parliament building is definitely one of the most impressive sights of Budapest. 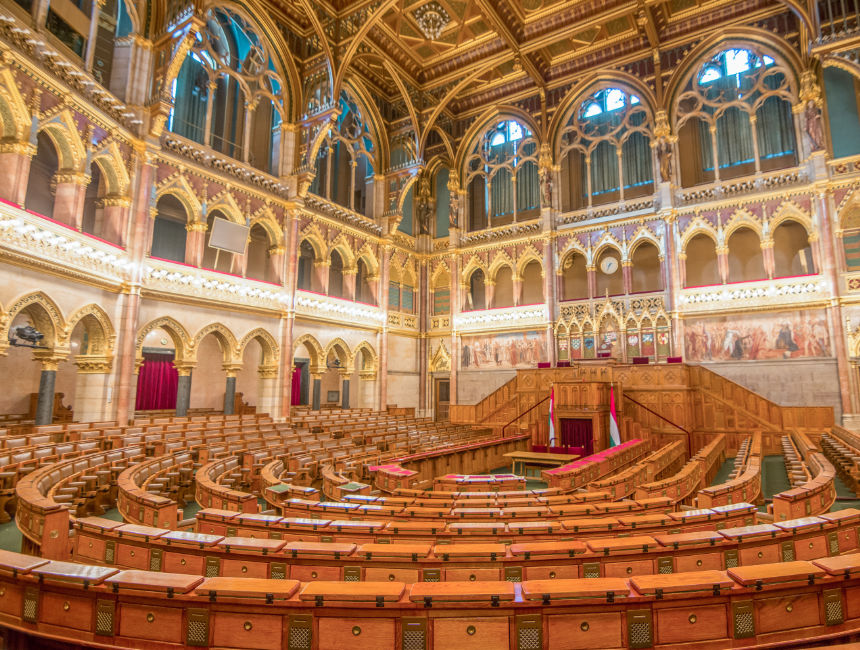 The parliament isn’t only stunning from the outside. The interior is fantastic as well!

Until recently, EU residents were allowed to visit Budapest’s parliament free of charge, but now they too have to pay… Yet, as a citizen of the European Union, you can still enjoy a nice discount: you pay HUF 2,400 (just under eight euros) for a ticket and students pay half of this. People who don’t live in the EU pay 6,000 HUF (about twenty dollars and a little less in euro) for a ticket. A guided tour (of about 50 minutes) is included in the price and is offered in different languages. To avoid long queues, buy your tickets online and in advance.

Note: number of people per tour is limited

When the House of Representatives holds a session, the visits are canceled. So keep this in mind when planning your visit to the Hungarian parliament!

It’s also important to know that you may not eat or drink during your visit. It’s allowed to take photos, but in certain rooms taking photos with flash is prohibited. 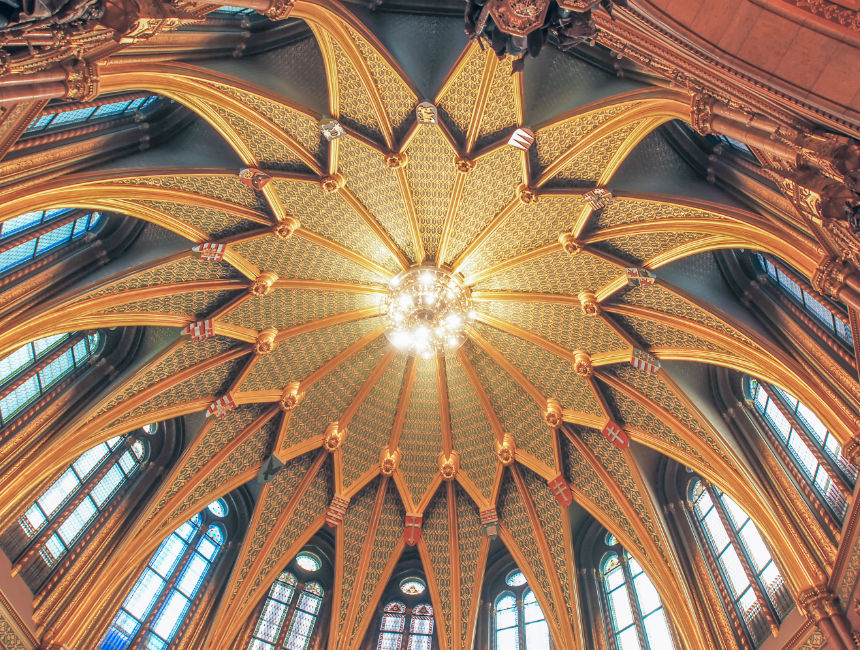 Try to look at the ceiling too. Breathtaking, don’t you think so too?

It’s not surprising that this beautiful building has grown into a national symbol in no time. From the other side of the river you can take the best pictures of this building. Another great photo opportunity is from the Matthias Church. Even more fun is to take a boat trip on the Danube and see the beautiful city slowly slide by.
The Hungarian capital has many other attractions, making a city trip in Budapest a fantastic idea. Don’t forget to visit the termal baths!

The most beautiful thermal baths of Budapest