The Amsterdam canals are so beautiful that many people fall in love with them right away. That's why a canal boat ride in Amsterdam is a must if you visit the Dutch capital.

Book your tickets directly with the boat operators online. 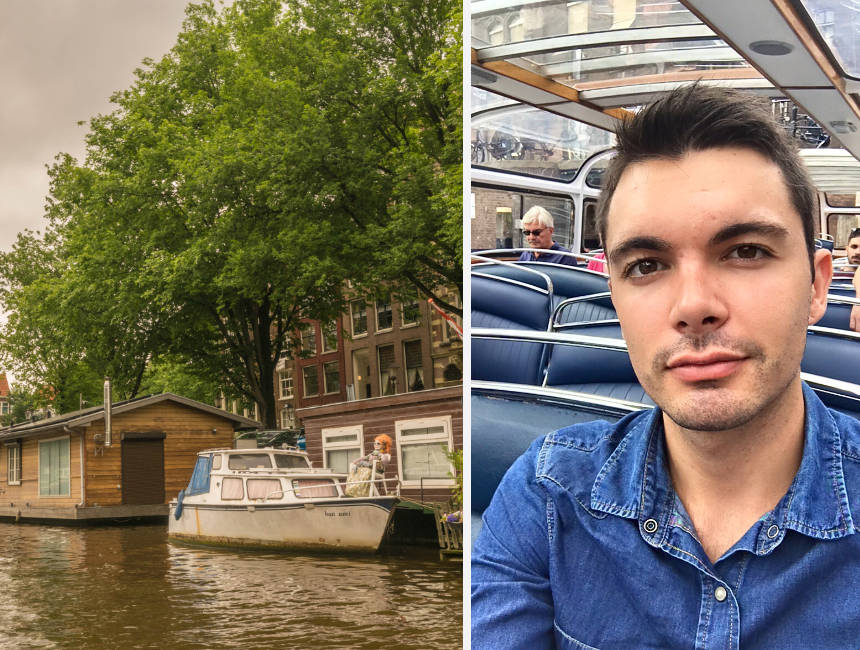 What makes a canal ride in Amsterdam so special?

First of all, you should know that the history of this unique city is almost inextricably linked to water. Over the centuries, no less than 165 canals have been built in Amsterdam to stimulate trade and facilitate the transport of goods. In 2010, UNESCO was therefore able to declare the canal ring as a world heritage site. And that is exactly what makes a boat trip in Amsterdam so special.
You’ll learn a lot of the history of this city, but along the way you’ll also encounter some unusual sights and hear some crazy facts (for example: the amount of cars and bikes that are taken out of the water yearly… You’ll definitely be surprised about the answer!) 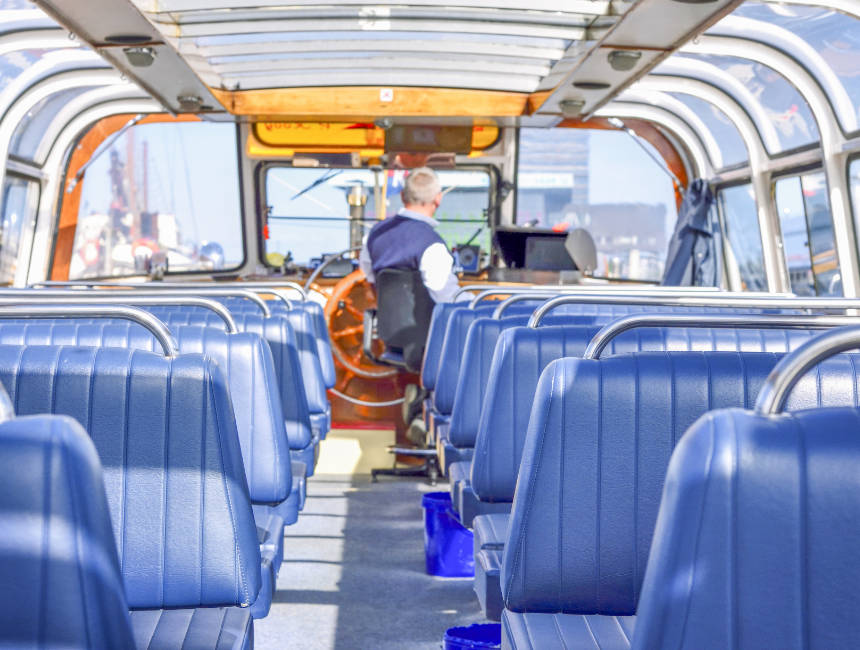 Sometimes you even can enjoy the boat on your own! A private tour of the Amsterdam canals… Not bad!

What do you see during a canal boat tour in Amsterdam?

What you see exactly depends on the type of canal cruise you choose. But most of the time you will sail past the most famous sights such as the home of Anne Frank, the old Heineken factory, the red light district and the Wester church.
On top of that you can also admire the Magere Brug (‘the skinny bridge’), the smallest house of the city and all the beautiful old houses from the seventeenth century. If you don’t want to miss a single sight, then you should choose the 100 cruise highlights. Usually a cruise takes an hour or 75 minutes and that’s ideal because you still have oceans (or in this case canals) of time to visit some other things! 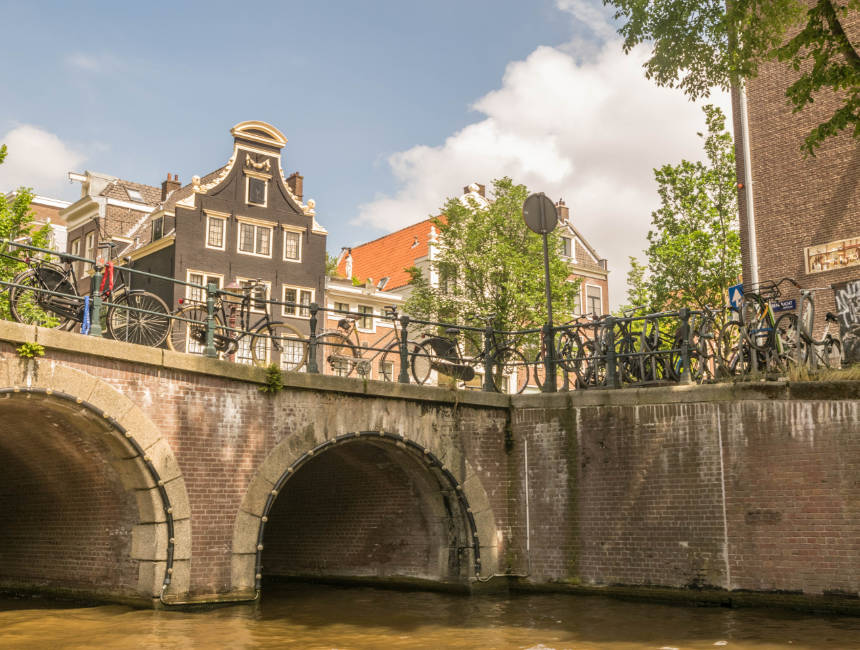 One thing is certain … You’ll see an incredible amount of bridges and bikes!

Is a canal cruise in Amsterdam really worthwhile or are you trying to sell me something?

Everyone who knows my site, knows that I only write about places and attractions that I really find worth doing or visiting and that I’ve done myself. In my humble opinion, this is a wonderful way to experience the historical center of the city from a different point of view. Whether it’s your first time or if you’ve already been there thirty times, your visit to the capital of Holland is only complete after a boat tour on the canals of Amsterdam. 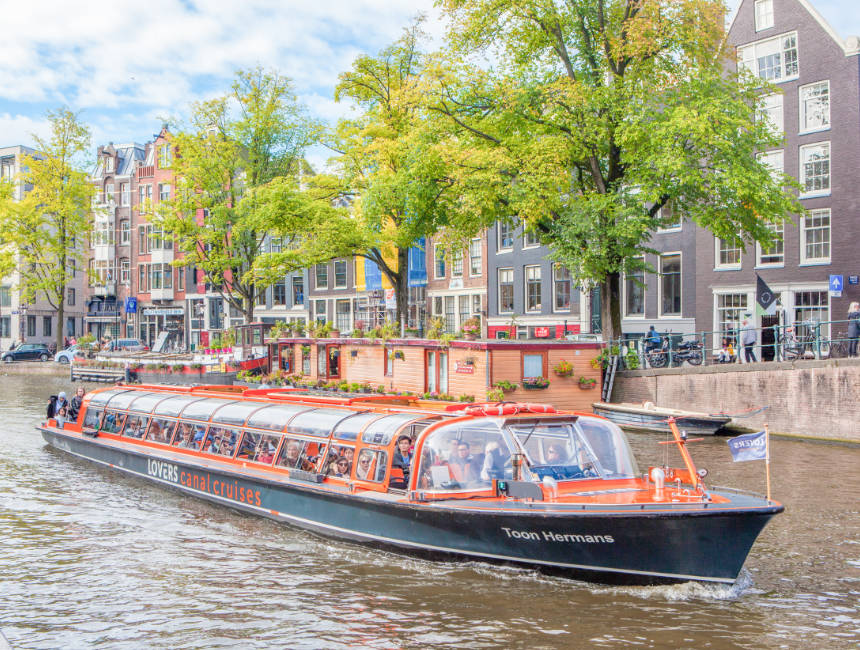 A boat ride on the Amsterdam canals shows you the city like you’ve never seen it before.

What does a canal boat tour cost in Amsterdam?

The price varies depending on the type of cruise that you choose, but usually you should count on fifteen to twenty euros. Children always have a discount. Many boats also have a real guide or audio guide and you can also opt for a “hop on hop off” formula, where you can get off and on whenever you want. The biggest tour operators are Lovers, Stromma and Blue Boat.

If you want something different than “just” sailing around the city in a boat, you can always choose one of the following special formulas:

Seven fun facts about the canals in Amsterdam 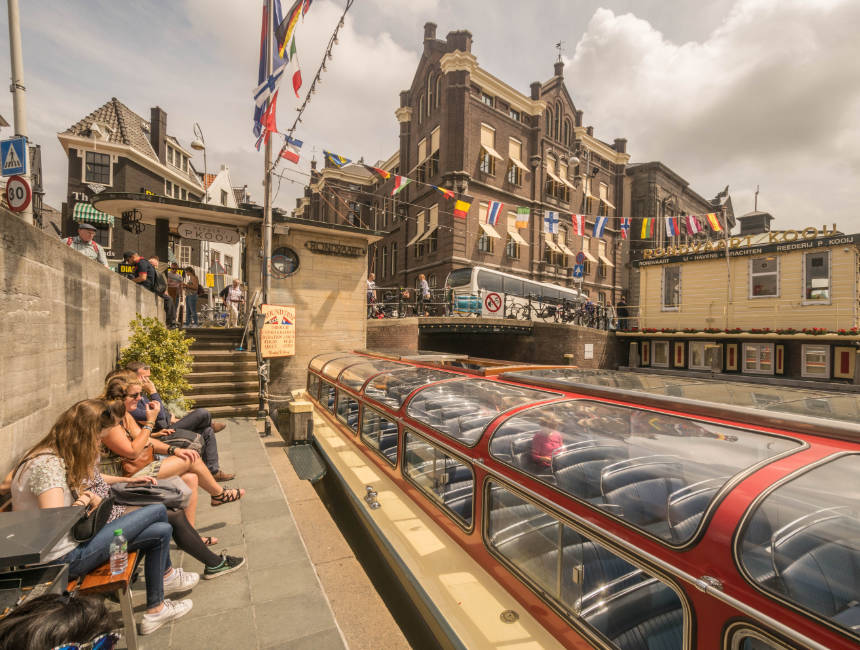 In good weather a boat trip on the Amsterdam canals is one of the best things you can do!

Whether you’re visiting the Dutch capital during a romantic weekend with your boyfriend or girlfriend, or just staying here during a fun weekend or family outing… The offer of boat trips on the Amsterdam canals is so extensive and varied that there is something for everyone. You’re no longer tied to a single formula and all of the trips are also extremely affordable, so there really is no reason not to admire Amsterdam from the water during your next visit.

The mysterious marl caves of Maastricht

Cycling in Limburg (Netherlands): The Three-Country border and other things to do