You wouldn't say it at first sight, but in the rocks and hills where Luxembourg city towers above, there is a gigantic underground network that once formed a world of its own.
After Luxembourg was occupied by the Spaniards, they decided to make the city unattainable for other enemies by building an underground fortress belt of more than 20 kilometers (12,5 miles). This ingenious structure worked so well that Luxembourg even got the name 'Gibraltar of the North'. 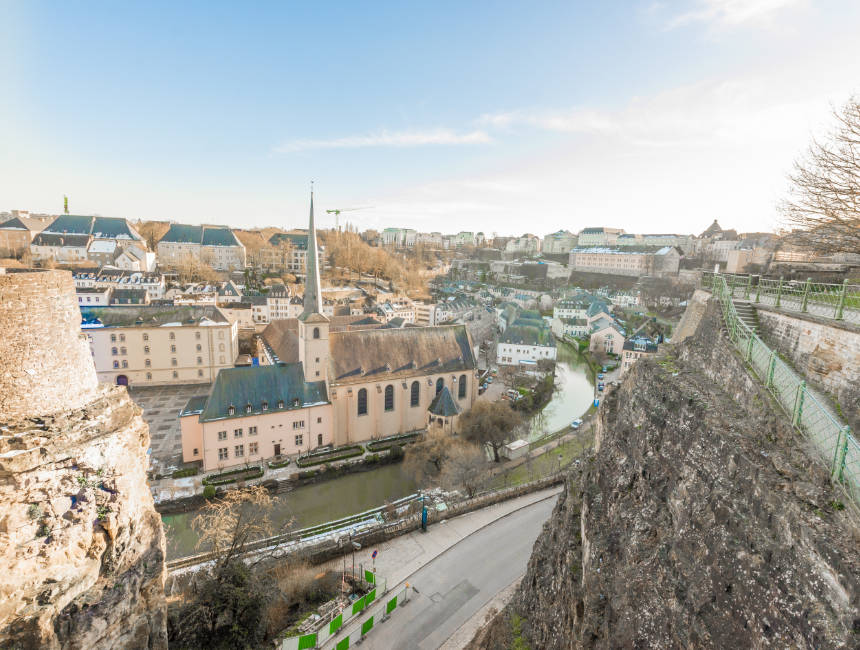 During the Middle Ages (and even later) Luxembourg was a very important location in the center of Europe. For that reason, a lot of blood was wasted to capture this region and thereby strengthen the power of the ruler. Many warlords tried, but it was only in 1644 that the Spaniards actually succeeded in taking over Luxembourg city.
The limited underground military corridors that were already present were extended until they were 23 kilometers (14,29 miles) long. A century later it was the Austrians who perfected the casemates of Luxembourg by digging in the depths as well. Twenty-three kilometers and forty meters (131 ft) deep: that is quite impressive, don’t you think?
During the French Revolution, the casemates withstood seven months of continuous attacks, and even then there wasn’t even a tear in the walls. No wonder the French attacker gave this bastion the name ‘Gibraltar of the North’.

After the treaty of London, part of the casemates was blown up. The largest part (17 km or 10,5 miles), however, was located just below Luxembourg city. So it was quite logically that this part wasn’t destroyed. Fortunately! Because during the Second World War, thousands of people could hide here and escape the terrible war violence that took place above them.

Since 1994, the casemates have been on the UNESCO World Heritage list, attracting some 100,000 visitors to Luxembourg every year. 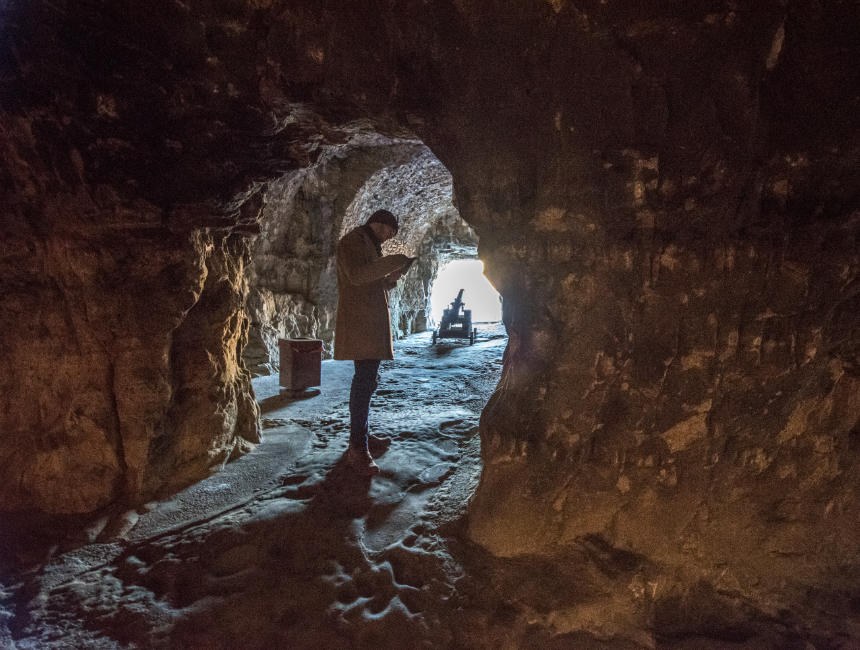 Cannons are the only thing that still remains, but once thousands of soldiers and horses lived here!

The first casemates that were built were the Pétrusse Casemates (near the Notre Dame cathedral in Luxembourg). The purpose of this was mainly to strengthen the existing forts and castles and thus to stop raids. When Luxembourg was taken over by the Austrians (in the eighteenth century) a lot of additions were made to the casemates. Crossbowmen shot at approaching enemies from the lower end and later Prussian cannons were used to dislodge intruders.

The Pétrusse Casemates were extensively extended by the Austrians in the eighteenth century. Because of these extra underground corridors, another 1200 extra soldiers and 50 extra cannons could be accommodated in this underground bastion.
The exit of the casemates of Bock borders the ‘Chemin de la Corniche’, according to many the most beautiful viewpoint over Luxembourg.

Per ticket you pay €6 for adults and €5 for students or pensioners and €3 for children. 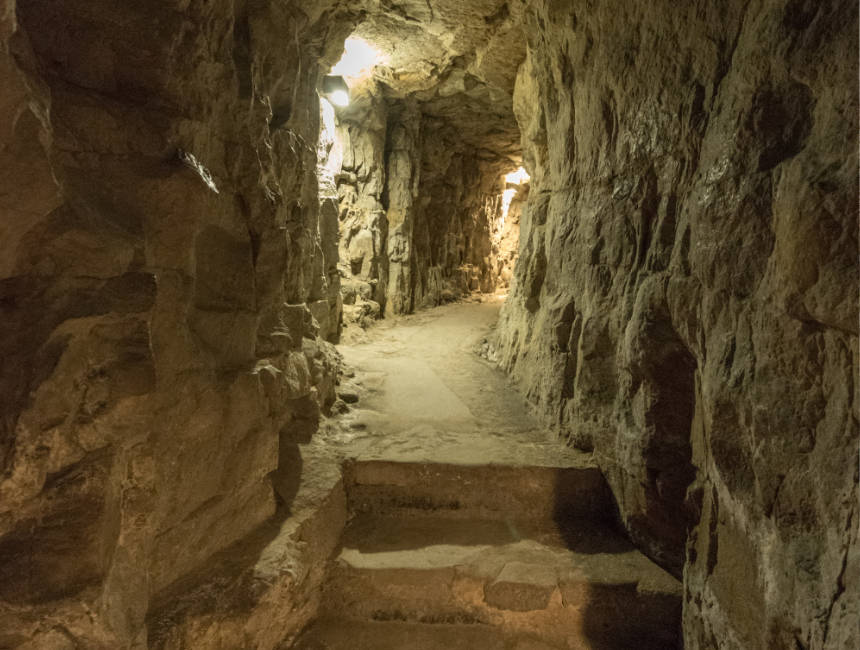 The dark corridors of the Bock casemates in Luxembourg.

What can be seen in the Casemates of Luxembourg?

The casemates are already impressive, but in the past they must have been much bigger. This underground labyrinth was then connected with dozens (!) of forts and fortifications which together created a military fortress like never seen before.
After the Treaty of London (almost) all of these forts and castles were demolished and a large part of the casemates themselves were destroyed. Yet you can still perfectly picture how it all used to look like.

Many centuries ago there was room for thousands of soldiers and horses, and in wartime even a complete underground city was created here. Can you imagine how slaughterhouses, bakeries, kitchens and even weapons workshops were once fitted in these hollow spaces?
Unfortunately, nowadays there is little of that, but with a little imagination you can imagine them still.

In what remains, you now see the greatness of this underground labyrinth. Wide corridors (often not so high) guide you along the outer parts of the city. Through the holes in the walls you get a beautiful view of the surrounding city and occasionally you’ll even see a cannon.
If you would like to visit the Casemates of Luxembourg a little more in depth, that is possible too. The uneven steps take you up to forty meters (131 ft) depth and show a perfect escape route for when something would go wrong in the casemates. 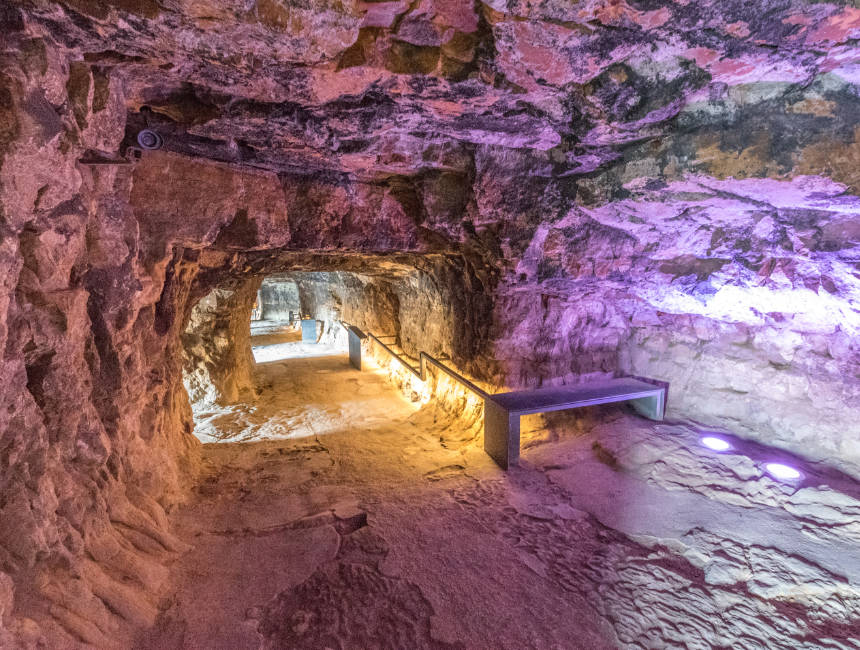 Impressive how far this corridor system stretches, don’t you think?

The 5 best places to visit in Luxembourg