Budapest is also known as the Paris of the East. A name that must mean something! The Hungarian capital is without a doubt one of the most gorgeous and cheapest cities in Europe. The city center is split by the Danube, on whose waves you can slowly see the beautiful city passing by. The fabulous monuments are adorned with lavish decorations and gold foil and they fill the city with a lovely, romantic atmosphere. Budapest is the city of the thermal baths, the Art Nouveau, cozy coffee shops and endless walks. A perfect city break doesn't exist, but Budapest comes damn close...

The parliament of Budapest is bathing in gold once it gets dark outside.

Stay – Do you want to spend the night in one of the beautiful Art Nouveau buildings in Budapest? The prices are actually quite affordable! For a five star hotel, you pay between €90 and €200 per night. One star less comes for only fifty euros if you’re lucky, but on average you’ll pay around €70. Three stars start at €40 and the absolute maximum paid for three stars would be €120 per night. For backpackers and budget travelers there are a lot of options in Hungary as well. A cheap apartment, little studio or single/double room doesn’t cost a lot more than €20.
Head to booking.com to compare a wide range of discounts and rebates for hotels worldwide.

Transportation – A single ticket costs 450 HUF if you buy in on the bus. When you buy it in advance you only pay 350 HUF. If you plan to take the public transport quite regularly during your holidays, you can also immediately buy 10 tickets for 3000 HUF.
Be sure to ask a transfer ticket if you have to take several buses to get to your final destination. These tickets costs 530 HUF. 24h of unlimited travel in the capital costs 1650 HUF, and 72 hours will cost you 4150 HUF.

The opulent interior of the Saint Stephen’s basillica in Budapest.

Cheaper visits to the parliament – Don’t forget your EU ID card if you want to pay a visit to the Hungarian Parliament. A normal ticket costs 5200 HUF. On presentation of your European Union identity card you only pay 2000 HUF per person.

Cheap river cruise – A cruise along the beautiful buildings in Budapest is definitely something you should do! To save a lot of pennies on these expensive river cruises you may as well use the public ferries. These ferries sail from May 1st to August 31st and cost almost nothing. You will, however, not get a (boring) tape which tells you along which building you’re sailing. But hey… Google can also tell you that!

Caution with ATMs – Only take money out off at ATMs who are owned by banks. The smaller machines you see everywhere in the city charge a lot more by adding all kinds of unnecessary commissions. Sometimes up to 10% extra!
Always choose the option “no currency conversion”, the rates that your local bank uses are always cheaper.

Pay cash and never pay in euros – When using debit cards or credit cards you often get charged an additional commission. So it’s a good idea to immediately take a good amount of money when visiting the ATM, and to pay everything in cash.
Many business also allow euros, but they often also charge ridiculously high exchange rates…

Walk to the Buda Castle – Once you have crossed the Chain Bridge you’ll the Buda Castle appearing right in front of you. From there you can take the funicular (1100 HUF one way) or walk the steps. There aren’t that many steps, so just leave the cable car for what it is and walk around the beautiful park instead.

Gorgeous thermal baths which will leave you amazed and completely relaxed!

Szechenyi baths – Budapest is known for its many thermal baths that are spread out over the city, but none is as beautiful as the Szechenyi baths. This massive pool complex has indoor and outdoor pools and is open the entire year. The bright yellow building is a feast for the eyes as you can immerse yourself in the warm healing waters of the baths. Get lost in the many pools and unwind while you marvel over the beautiful decor in front of you. For a full day of relaxing you only pay about €20. There is also the possibility to take saunas (free) and additional massages (for a fee).
Can’t get enough of the pools? Then definitely visit Gellert as well, as this is another beautiful but completely different bathhouse.

Visit the parliament – the most famous view of Budapest is of course the Hungarian parliament. The beautifully decorated building spreads out a few dozen meters along the Danube and both the front and back are extraordinary beautiful. Definitely go inside the parliament and let a guide lead you through the beautiful rooms that are housed in the the building. EU residents get a hefty discount on the entrance fee. So don’t forget your ID if you’re a member of a EU country!

Buda Castle – Across the river, on the Buda side, you’ll find the Buda Castle. Another great building that makes you reminisce the bygone romance. The whole area with palaces and castles will keep you busy for several hours. Remember to visit the Fisherman’s Bastion, because I think this is one of the most beautiful spots of Budapest. From here you get an unparalleled view of the other side of Budapest, the Pest side.

Walk along the Danube – The whole town lies along the mighty Danube River. So you have to walk along the water to fully explore Budapest. Along the river you will get some of the best views of the city and you can also see the sad, abandoned shoes at the Danube. A sad memorial monument in honor of the hundreds of thousands of Hungarian Jewish victims of World War Two.

Chain Bridge – If you’re going to visit Budapest, it’s likely that you eventually will stroll over the Chain Bridge to the Buda Castle or the castle hill. This majestic bridge has wide sidewalks and gives you, another, a great view of the ciyu around the Danube.

Gellert Hill – Another monumental area along the Buda side is the Gellert hill. It is in fact the highest point from where you can admire the city. Get some fresh air in while you enjoy the delightful panorama across the river.

Terrorhaza – The house of terror is one of the most impressive and interesting museums of Hungary. It deals with the very recent and often gruesome history of Hungary. The country fell into the hands of the Nazis and some years later it became terrorized by the Communists who took many Hungarian (especially Jews) lives. The museum is housed in the former headquarters of the “Arrow Cross” (Nazis in Hungary) and later the communist state police.
The many images, incredible anecdotes and reconstructed interrogation rooms and cells don’t leave much to the imagination. A must see in Budapest!

The royal castle of Budapest towers over the city from the Buda side.

Museum and restaurants on Monday – Museums are usually closed on Mondays, but in Budapest also many restaurants close their doors on that day! Before you start to drool over a particular restaurant you thus better look up the opening hours!

Leaving your swimsuit home – Want to relax in one of the delightful hot thermal baths? Then certainly don’t forget your swimsuit! Most pools are open to both men and women and so you are asked to put on a swimsuit.

The view you get from the Gellért hill is probably the best you’ll get over Budapest. 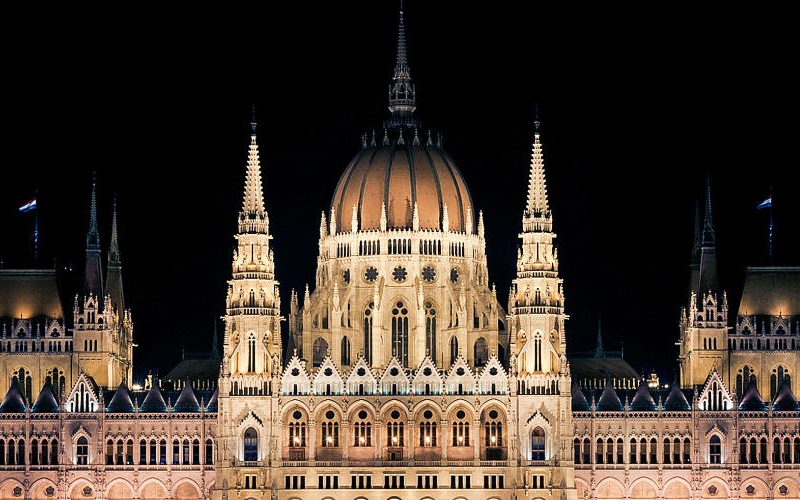 5/5 – (1 vote)     On the banks of the Danube, you can find the largest building in Hungary and the highest construction in Budapest. The Hungarian House of Representatives is located in this impressive piece of architecture. The parliament in Budapest is a fine example of the neo-Gothic architecture through its symmetrical façade and central dome. The inside … 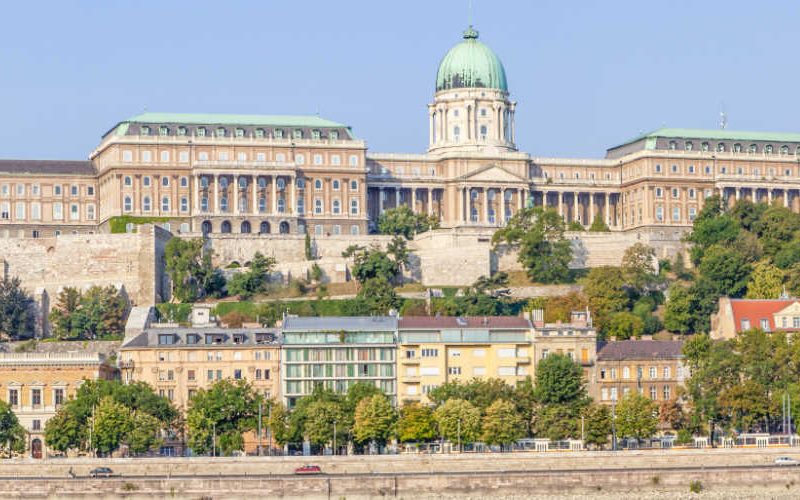 The Buda Castle is a huge complex consisting of several buildings. In 1255, King Béla De Vierde was commissioned to begin construction. Years and even centuries passed until the largest part fell to ruins in 1686. Then, a small town arose on the spot and a castle and theater were constructed here as well. After the storming of the … 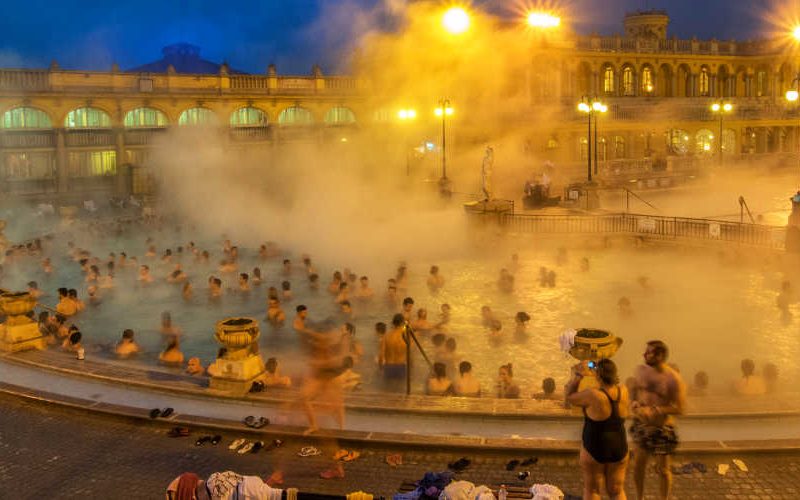 The Széchenyi baths were constructed at the end of the 19th century by drilling up natural water. Soon, the thermal baths in Budapest became a must-see. Unfortunately, the original source got exhausted soon and a new drilling was made at the beginning of the 20th century. This moment was also used to give the Széchenyi bath house a new look. …