The country of fire and ice. A name that suits this mysterious country. This giant island is only called home by about 330 thousand inhabitants but is definitely not a small country! The always changing landscape made me think of an extraterrestrial planet. No wonder Iceland's landscapes are featured in so many movies! Surprise yourself by the beautiful nature from this extraordinary country.

The Hallgrímskirkja in Reykjavík.

Stay – To see the beauty of Iceland, you need to dig deep in your wallet. Hostels are quite cheap in comparison with hotels. Prices lay between €16 to €35 a night. (17 – 38$)
If you play to visit Iceland, I recommend to plan ahead in time. The few hostels get sold out very quickly. I tried to book two months in advance and every single hostel was already sold out…

Hotels aren’t always overpriced. I found myself a budget hotel for only 32 euro per night. ($35)
Prices change quickly, but for a budget hotel you shouldn’t pay more than 50 euro’s / dollars.

Eat – So far the most expensive food I’ve ever had was in Iceland. Two to three times as expensive as Belgium or America. Cooking yourself is the cheapest option, but even then it’s still expensive. A frozen lasagna from the supermarket cost me €12 / $13. A small frozen pizza €4 / $5.
When you go to a restaurant, you pay a lot of money but you get very good quality in return. A chicken fillet with potatoes and stewed vegetables cost me €28 or 30$. Lamb with vegetables and mashed potatoes was a whopping €38 or $41.

Fish is most expensive. The popular platters where you get a mix of Iceland’s famous dishes fill your stomach quite nicely, but for €70 ($77) a person that’d better be the case…

Transport – The public transport in Iceland is excellent. A single ticket costs 400 ISK, about three euro’s or $3,5. Using the public transportation for a full day costs 1000 ISK. So maybe this is cheaper if you plan to see a lot in one day.
From within Reykjavík there are good connections with nearby cities and villages. However, if you want to go to the north of Iceland you’ll have to book special busses or an airplane. Strætó en Trex are the two bus companies who drive to the Highlands. Tickets cost between 7000 and 13.000 ISK.

Drink tap water – The water in Iceland is filtered by nature with the help of lava stones. Becaus of this, not kidding you, you can drink the water straight from the streams that meander through the landscape. There only is one rule: If you can see the bottom, you can drink it. A bottle of water costs about 3 € or $, so reuse the bottle if you can.

Don’t drink alcohol – People who love to drink can file for bankruptcy in Iceland. Because of the high taxation on alcohol, a beer will cost you about €7 or $8. Maybe not very expensive in the US, but for most of Europe that’s the price of three beers.
Wine and shots are even more expensive.
If you really miss the fuzzy feeling of drinking some alcohol, it’s better that you buy some alcohol at the airport. Way cheaper!

Cook yourself – If possible. You can’t find kitchens everywhere. If you cook yourself, you can easily save 50 to 75% on food costs.

Bus pass – During summer you can buy a bus pass for €300 that let’s you hop on and hop off buses around Iceland all summer long, as long as you go in one direction. The bus passes are available between the 7th of june and the 7th of september. That way you can plan your own itinerary and save a lot of money.

Things to do in Iceland

Golden circle – Probably the most popular day tour from Reykjavík is the golden circle tour. From the capital you drive towards central Iceland and there you’ll visit Þingvellir, the Gullfoss waterfall and the father of all geisers: Geysir. The whole route is about three hundred kilometers (186,5 miles).
Check tours here.

Underground ice caves – Your jaw will drop once you get to see the underground ice caves.These tours or visits are quite expensive but they are definitely worth the money. The beautiful blue ice forms itself again year after year. And it creates huge rooms where you can spend hours to watch this wonder of nature.
I booked my ice cave tour together with a 3 day package. One day costs over $200, whereas three days (with way more excursions + accommodation + transport) costed $800.

Glacier hiking – Thousands, millions of layers of ice. A glacier is best described as a ferocious, frozen sea. Get your crampons and walk the slippery glaciers in the middle of huge mountains. Must do for everyone!

Jökulsárlón – Famous from the James Bond movies. In this sea hundreds of small and giant icebergs float. Every day the landscape looks different because they’re always on the move. Don’t be surprised if you see little heads popping up from out of the water. There are a lot of seals in this area..

Blue Lagoon – The famous blue lagoon, natural geothermal springs where you can easily relax for a full day. It’s quite far from the capital city, so you won’t be bothered by the bustling capital. Relax!

Whale watching – Every year there are more than twenty species of whales coming through the waters of Iceland. From the harbour it’s only a short boat drive to see the playful tails and finds of the whales. If you’re very lucky, you can even see one of these heavy weights jump out of the water! Beautiful, those giants of the sea.

Searching the northern lights – The possibility in the south of Iceland are rather small, but why not try? The Aurora Borealis is quite shy in comparison with Norway but when the light starts dancing… It’s absolutely the best!

One of the many waterfalls in Iceland.

Things to avoid in Iceland

Long stay in Reykjavík – Friends already told me: “Don’t stay too long in Reykjavík. There’s not much to see.” I of course didn’t follow their advice and stayed two full days. Way too long! On less than a day I had already seen all of the highlights of the city. Definitely book some tours from Reykjavik, that way you can still go explore the city in the evening.

Trying out the greenland fermented shark – Trying a piece of shark sounds exotic and exciting, doesn’t it? Forget it. Without a doubt, you’ll start to gag. Definitely take a piece with you for your stepmother though. She’ll love it!

Umbrella’s – I give you five minutes before you become the new Marry Poppins. There’s a lot of wind in Iceland. Instead of an umbrella, use a hoodie. 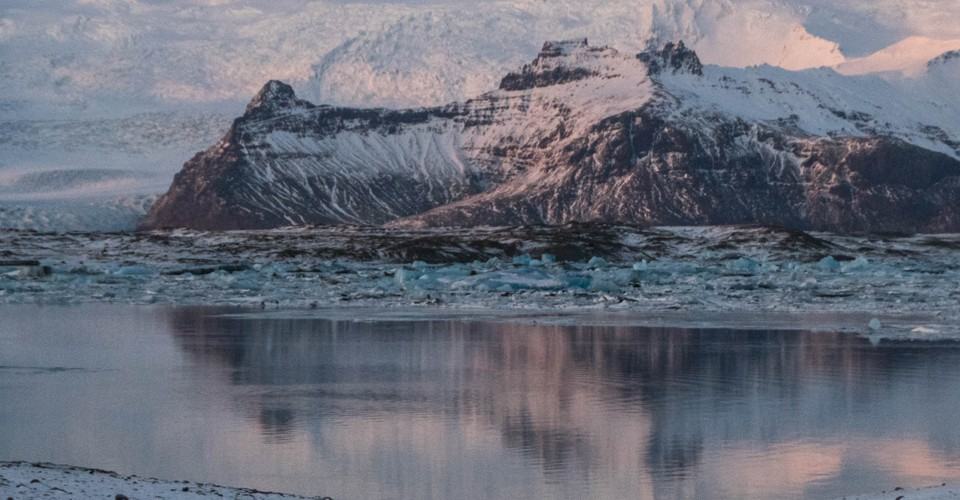 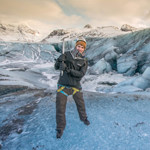 Iceland is one of the purest countries I ever saw. The nature is almost untouched and because of that it seems as if you are on some other planet. Everschillend uit in Ijsland en het is dus zeker de moeite waard om verschillvery season looks different in Iceland, so you definitely have to go twice. You won't regret it!

Once I arrived in Reykjavík, I was slightly disappointed. I…

Jökulsárlón will leave you in awe. Not because of the pronunciation of the name of the…

From the old port in Reykjavik, a lot of tours leave (depending on the season) to go watch…

Every weekend Reykjavík has its own flea market. The flea market is held in a warehouse…

It takes about an hour to walk to Perlan from the city center of Reykjavik. Perlan is a…