Once I arrived in Reykjavík, I was slightly disappointed. I imagined it to be completely different. Gray houses with lots of graffiti. But what surprised me most was the city's size. You can walk around Reykjavík in one day. Easily. But of course... That also has its charms! Anyway... You don't go to Iceland to stay in Reykjavík. You go to Iceland to see the magnificent nature! And Reykjavík is a perfect base to organise these trips.

Views from the quay in Reykjavík.

Stay – Prices for hostels are really not that high. The only thing you have to keep in mind to get normal prices, is to book quite some time in advance. Because these cheaper places do get booked quite fast.
For a hostel you pay between 15 and 35 euro a night. (16 to 37$)
If you’d rather have some privacy, there’s quite some budget hotels in Reykjavik. A double room costs about 50 euro’s ($55). Sometimes, you can also find one persons rooms. They are about 35 tot 45 euros. (37 to 48$)

A little more luxury (check hotels) costs you about 75 euro a night. In dollars that would be about 80.

The prices of accommodation in Iceland are always quite expensive, but it has its peaks. Around summer and during winter vacations prices soar to their highest point. In between, you probably can find cheaper accommodation.

Transport – With Straeto you buy a single ticket for almost three euro (3,5$). Most sights in Reykjavík are at walking distance of each other. Even Perlan is only an hour away from most touristic sights.
From the airport to the center it is best to take a shuttle bus. Depending on the company you book with, expect to pay something between 15 and 17 euros. (16,5 – 19$)

Tap water – Incredible how expensive bottled water is in Iceland. Save three to four euros ($5) every time you fill your bottle with fresh tap water. The tap water in Iceland is very clean. The volcanic stones that you find throughout Iceland are used as a natural filter. That way the water is always clean. Safer tap water can be found nowhere.

Cook yourself – Definitely if you plan to stay in Reykjavik for a bit longer. Try to search a place where you have a kitchen. That way you can easily save up to 75% of your food budget. That’s a lot of money you can spend on other activities…

Pay with your card – At least if your bank doesn’t charge you crazy amounts for foreign transactions. Some ATM’s charge three euros ($3,5) + an exchange rate + some other costs. If you pay with your card, you at least know what you pay and most of the time… It’s a lot cheaper!
If you plan on staying in Reykjavik for a longer time, getting cash might be a good idea in the long run. However, if you still have a lot left keep in mind that exchange rates are never very favourable.

Tours, tours, tours! – Try to do a tour or activity every single day. From Reykjavík there’s plenty to go do and see. Think about the Golden Circle tour, snorkelling between two continents, whale spotting, northern light tours, ice caving, lava tubing… There is plenty to do to fill a couple of days!

Phallological Museum – Let’s cut right to the chase; the penis museum. An impressive museum filled with… Penises! Impressive or… Scary?
Definitely a must do while you’re in Reykjavik. It’ll be the weirdest museum you’ve ever seen!
What I liked most was the uncontrollable laughter of older people who were gazing at the giant whale’s ding-dong. Seems like we don’t grow up at all eventually!

Hallgrimskirkja – A huge church that makes me think more of a cathedral. Inspired by the basalt formations from nature, this is definitely one of the prettier churches I’ve seen during my travels. Inside the church is very sober. The white interior with empty walls is in strong contrast with the bold exterior.
Don’t forget to buy an elevator ticket to go to the top of the church. From there you have a great view over Reykjavik. One tickets costs 500 ISK.

Perlan – A little far away from the city center if you want to walk it, but definitely doable. Perlan is a cultural center in Reykjavik and used to be a water reservoir. You can now go all the way up to the highest reservoir and gaze at the Reykjavik skyline. The best view you’ll get from Reykjavik.

Whale spotting – Take a tour or get your hopes up at the quay. If you’re lucky, whales might greet you at the quay, but if you’re out of luck… Just book a whale watching cruise. Some tours offer a 100% guarantee that you will see whales.

Golden circle – Probably the biggest attraction in Iceland is the golden circle. This route with lots of sights is about 300 kilometers long (186 miles) and takes you to some beautiful national parks of Iceland. One of them is the original geyser: Geysir.

Long stay in Reykjavik – Half of a day, one day maximum. That’s how long you really need to watch the major sights and some extras in the capital of Iceland. Try to book as much activities as you can. When you’re leaving late, or coming back early, you can still explore the city.

Certain Icelandic specialties – Well, you have to try them but I just wanted to warn you. Some specialties are just… Disgusting (Greenland fermented shark, anyone?) and some are incredibly yummy! Whale and puffin are supposed to be really good, but sheep’s head isn’t something I’d like to try in the near future.

Travel all on your own- Try to travel in group, or go on with other people you meet in Iceland. Only 300.000 people live in Iceland. 250 thousand of these already live in Reykjavik. If you ever get lost in the giant wilderness of Iceland it’s better to have someone with you.

One of the many churches in Reykjavík. 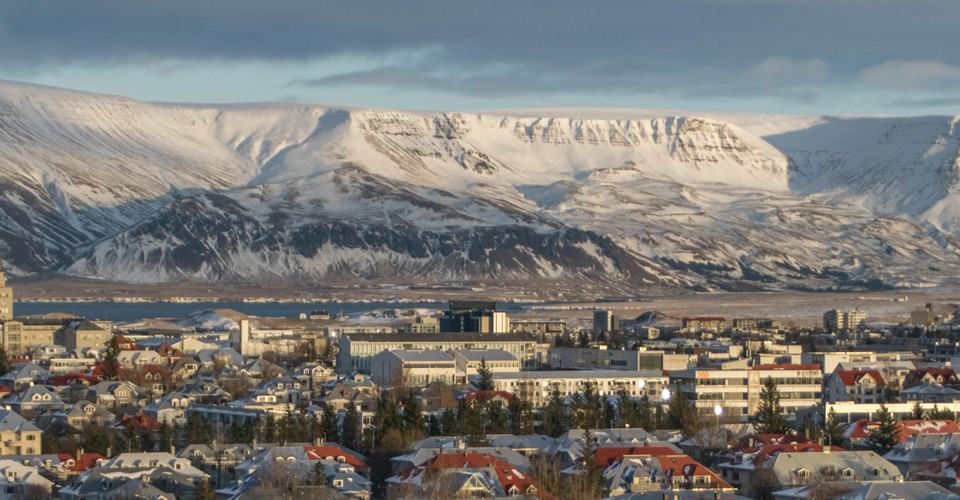 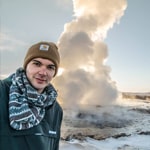 I really didn't like the capital of Iceland. In one day I had seen all major sights and places. But luckily, there are lots of tours and activities organised from Reykjavik, to other places. Also: Reykjavik is very close to the international airport, which makes it easy to come and go as you please.

From the old port in Reykjavik, a lot of tours leave (depending on the season) to go watch…

Every weekend Reykjavík has its own flea market. The flea market is held in a warehouse…

It takes about an hour to walk to Perlan from the city center of Reykjavik. Perlan is a…