Lithuania is the southernmost Baltic state. This Eastern European country has a lot of typical characteristics from when it was still part of the communist regime.
The Lithuanian obsession with churches is clearly visible in every city. Magnificent domes of Orthodox churches adorn the streets of small towns, but also outside the most inhabited cities you'll find divine monuments spread out at every street corner.
Lithuania is, in my opinion, quite a strange little country that immerses you in the somewhat different culture and mindset of the Baltic states.

The capital of Lithuania, Vilnius, is rather small. I actually think there might be more churches than inhabitants!

Stay – Lithuania one of the cheapest countries in Europe. For bathing in luxury, you don’t even need to pay that much over here. Five star hotels are still quite expensive (between €110 and €150 per night), but the four-star hotels are dirt cheap in comparison. For only one star less you pay sixty euros on average. Sometimes there are even deals for single rooms where you would only pay €35!
A three-star hotel room for two people costs no more than thirty euros per night.
Hostels or youth hostels cost you five to fifteen euros.
Have a look at Booking.com to find the cheapest hotels in Lithuania.

Eat – Prices in Lithuania for restaurants are also quite affordable. Leave the fast food for what it is and instead head to a restaurant. McDonalds will cost you €5 to €7, while a restaurant often charges the same or even cheaper. Vilnius is slightly more expensive compared to other cities in Lithuania.

Transport – A bus ticket in Vilnius costs €1, in other cities you pay only 80 cents. The trains are also quite affordable. A day trip from Vilnius to Siauliai costs €9 for a single ticket (two hours journey) from Vilnius to Kaunas, you pay six euros.

The IX fort (ninth fort) in kaunas. A horrible piece of history under both Soviets and nazis.

Drink tap water – the Baltic states may not belong to the richest countries of the EU, that doesn’t mean that they are underdeveloped. Tap water is perfectly purified and therefore you can keep filling up your bottles instead of constantly buying new ones. Environmentally friendly and good for the wallet.

Don’t stay too long – Lithuania is very small, and there’s just not that much to see… A visit to Vilnius, a day trip to the hill of crosses in Siaulai and perhaps a half day visit to Trakai. I think this would definitely suffice for Lithuania. Three to maximum five days seem more than enough to me.

Siauliai is most known for its ‘hill of crosses’ but in the city center you can spot a few nice buildings as well.

Vilnius – the capital of Lithuania is the most visited place of the country. With a turbulent history under the Poles, the Nazis and finally the Soviet regime, there is a lot to discover in this city. Vilnius is not particularly big, and a short city break is actually sufficient. Because of the relatively central location in the country, you can also easily make a few day trips to other cities or sights.

Trakai – About half an hour from Vilnius lies Trakai. A small town with an impressive medieval fortress. The castle fell into disuse and was totally neglected for decades. In the late eighties that changed and the government decided to completely rebuild this Lithuanian monument. With success, because now the Trakai castle is one of the best attractions in Lithuania. After visiting the castle you can also discover the beautiful nature that surrounds the area.

Hill of crosses in Siauliai – Unfortunately, Siauliai is quite far from Vilnius and Trakai, because for me this really is thé best sight or attraction in all of the Baltics. About two hours from Vilnius you’ll get to see the imposing kryzin kalnas or the hill of crosses. The sight lies about fifteen minutes from the city center. Two hills are packed with thousands of small and large crosses. This gigantic pilgrim site is something uncanny and pious at the same time. I could easily walk around here for a few hours to marvel at this unique monument.

Curonian Spit – The ‘Curonian Spit’ is a piece of land that partly belongs to Russia and partly to Lithuania. From Lithuania you can visit the Curonian Spit with a ferry only because there is no way to get on the peninsula from the mainland in Lithuania. This UNESCO World Heritage site is decorated with beautiful sandy beaches and high dunes. The Curonian Spit is perfect for a day of relaxing in the warm summer months.

The Curonian Spit. A beautiful beach with the highest dunes of all Europe!

Skip the other Baltic states – If I’m honest, I thought Lithuania was one of the least pleasant Baltic countries. There is little to see, the people are not very friendly (sorry!) and all the spots that are worth visiting lie quite far from each other and are rather little. The more northern you go, the more interesting the countries get. Don’t forget to also visit Latvia and Estonia!

Forget about the communist past – During my visit to Lithuania, I was sometimes amazed at how rude people responded. Always keep in mind that the Soviets  ruled this part of the world in a past not so long ago! Some people still are a little suspicious of Westerners. 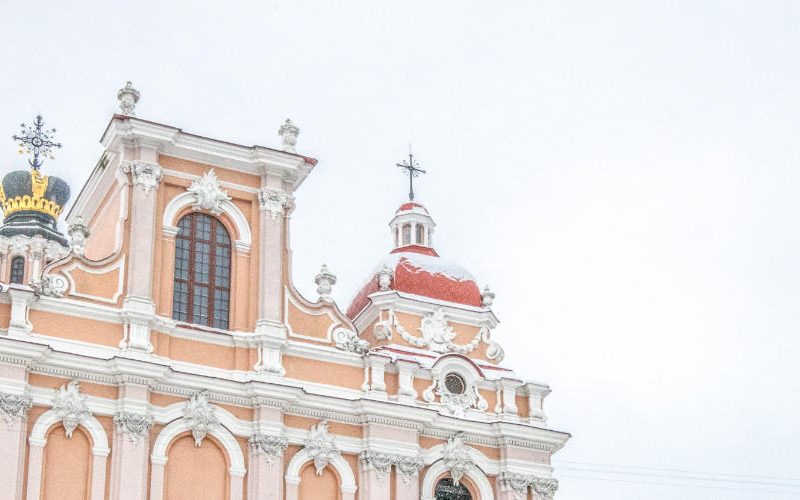 This attraction is not in Vilnius itself, but in Siauliai. Another ‘big’ city of Lithuania. Although it’s located two hundred kilometers (124 miles) from Vilnius, I recommend to plan a day trip to this major sight. The Hill of Crosses is one of the most exceptional and beautiful monuments that I ever saw. Hundreds of thousands of crosses, gigantic …

With the train it takes about one hour to get to Kaunas from the Lithuanian capital. For a single ticket I paid €5,60, for my return ticket I paid €6,20. There are trains quite regularly scheduled from Vilnius to Kaunas (or the other way around). You can count on at least one train every hour. When I arrived in Kaunas, … 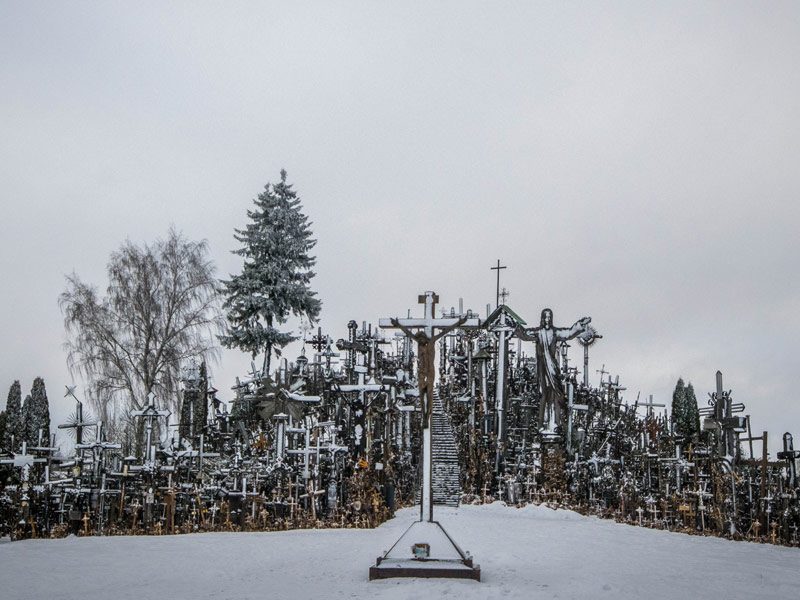 The connection between Vilnius en Siauliai isn’t particularly fast… With the bus it would take you between three and four hours and I didn’t particularly liked that idea… A lot faster (and cheaper!) are the regular trains. From Vilnius gelezinkelio stotis you have to take the train to Siauliai gelezinkelio stotis. (The central train station of Vilnius to the central …