Famous for its windmills, clogs and tulips. The Netherlands ('Holland') is a beautiful place in Europe! Because of the open minded people, the Netherlands has been one of the most progressive countries in the world. You will, without a doubt, feel very welcome in the country with more cheeses than you can possibly imagine.
The country once was a lot bigger with Belgium making up about half of it. Since 1830 the countries got divided, and you'll notice that both countries couldn't be more different.
Personally, the Netherlands still is one of my favorite countries in the world!

Places in the Netherlands

The Rijksmuseum in Amsterdam. One of the most beautiful museums of the Netherlands!

Stay – The prices of hotels, apartments and hostels in the Netherlands are very similar to other Western European countries. Amsterdam is an exception, however. Prices in the capital of the Netherlands are incredibly expensive! Due to the many tourists, there are actually too little places, so the price for accommodation is quite high compared to the rest of the Netherlands.
A double room in a city like Utrecht, Rotterdam and Maastricht begins at sixty euros. A four-star hotel begins at 90 euros. Hostels or youth hostels average between twenty and twenty-five euros per night.
Amsterdam is overly expensive and I recommend to book your hotel room in advance. A youth hostel is the cheapest option, but definitely check its location before booking. Cheaper hostels cost between thirty and fifty (!) Per night, but when you don’t book well enough in advance, prices may rise to 80 euros per night. My sugguestion: leave the hostel be and just pick a hotel room. For twenty euros more you can already find a beautiful three- or four-star hotel.
“Budget” hotels start around 80 to 90 euros per night, while some star hotels already starting for ten euros more.
Definitely check out TravelBird for excellent deals on hotels.

Eat – The same is true for food. Simple meals start (at a restaurant) from 12-15 euros per person. A soda costs between two and three euros, a beer the same or slightly more.
In Amsterdam, most restaurants are more expensive, but if you look out you can find plenty of cheap places with excellent food as well. Several times I paid eighteen euros for a lunch, but with ten or twelve euros you can also already stuff yourself. Fast food is generally cheaper.
Try Jacketz (jacket potatoes). For about €10 you are filled up completely, and the food is excellent!

Transport – You can get around by public transport in the Netherlands quite easily. The NS has an extensive train and bus network and for most tourists, this is more than enough.
You can pay per ride, but at an additional cost. For a paper ticket that is €1 extra for every pass. For a bus ticket the additional cost lies between €1 and €3.
If you plan on staying in the Netherlands for a little, I recommend to buy a public transport smartcard. This plastic card will cost you €7.5 and you can recharge it with a certain amount of money. Before you use public transport you should always scan your ticket (“check in”). After having used it, don’t forget to check out.
The NS often has reductions or special actions going on. Check their website for more info.

One of the many pretty squares in Maastricht, the Netherlands.

Book your stay in advance – Many cities in the Netherlands are rather small and can’t accommodate the huge amounts of tourists passing by. Therefore, there are far too few accommodation facilities available, making the cheaper spots sell out rather fast. Booking beforehand is definitely recommended! Personally, I booked two weeks in advance, so the price had quadrupled!

Museum card – You are in the Netherlands and want to visit a lot of museums? Then it’s not a bad idea to buy a museum card. This card costs €59.90 and gives you access to four hundred museums throughout the Netherlands. For most museums, an entrance fee of ten euros (or more) is asked. So you’ll quickly start saving up!
If you stay in one city, definitely check out the combi tickets. Often several museums work together and they give you a nice discount if you order these combination tickets.

Walking or cycling – The towns and cities in the Netherlands are not very big. Consequently, they are very easily walkable or accessible with bikes. If you want to stay lazy, there is always public transportation.

Viewpoint over Utrecht from the highest cathedral of the Netherlands.

The big cities – Amsterdam, Rotterdam, Utrecht, … There are so many beautiful cities in the Netherlands that you must see. Although there always are some similarities, they still are all very different with their own cozy atmosphere. The NS train takes you from one city to another.

The small towns – Not just the big cities are worth a visit. Take a look at Leiden, Delft, Maastricht, … Every city has many great sights and attractions, and you can often see them in a few hours. In these smaller towns you’ll see more of the original Dutch culture as well.

Nature – Besides cities, there is a lot of nature in the Netherlands. Dunes, parks, beaches, … Maybe you’ll see some typical windmills and tulips in the more remote areas!

A boat on the canals – Something you can do everywhere, but is especially popular in Amsterdam: taking a boat on the canals and waterways that run through the cities. Rent a boat or hop on a guided boat tour to enjoy the gentle Dutch waters.

Try ‘stroopwafels’ – Quite popular, but surely not everyone knows them yet. These syrup waffles are a typical Dutch delicacy and you will find them throughout the Netherlands. Between two thin waffles is a delicious syrup filling that is mouth-watering without a doubt.

Red light district tour – The chance that you are visiting Amsterdam while in the Netherlands is high. I Highly recommend to do a red light district tour. This neighborhood is bustling with life and is really interesting to walk through. The guides give you very interesting facts and tell you some hilarious stories! For me this was one of the best trips I did while being in the Netherlands.

Bicycle! – The Netherlands is a country of cyclists and you’ll immediately notice that. If you dare to cycle among the thousands of Dutch, you will see a lot more of the country! The trails are excellent and cyclists often have a lot of advantages compared to cars or walking people.
Renting a bike also doesn’t cost very much in the Netherlands, so you immediately have another reason to do it.

Visit museums – In every city there there is at least one museum to visit. Of course, some are more interesting then others, but there sure are museums for everyone in Holland!
My personal favorites were the Escher Museum in The Hague, the Rijksmuseum in Amsterdam and the Maritime Museum in Rotterdam.

The outside part of the Maritime Museum of Rotterdam.

Planning nothing in advance – And by that I mostly mean on accommodation. If you only book a few days in advance, the prices for a place to sleep often get ridiculously expensive. Certainly in Amsterdam!
Try to book at least two months ahead and compare prices on different websites!

Queuing at the Anne Frank House – The Anne Frank House is probably the most popular attraction in Amsterdam. Every day the museum has tens of thousands of visitors and of course that creates long queues.
Through the website of the museum you can book tickets online with a fixed time slot between 09:00 and 3:30pm. That way you don’t have to stand in line for hours to go spy in the famous house of Anne-Frank.

Walking in front of bicycles – There are cyclists everywhere in the Netherlands! Cyclists don’t really care about the rules and rather run you over than stop. Always look left and right before you cross a street!

Buying drugs on the street – Many soft drugs like weed and magic mushrooms are legal in the Netherlands, so why would you go buy drugs on the street? First of all, it is illegal and you can get into trouble. Secondly, it is often of inferior quality and tourists often get scammed.

Walking on the street with alcohol – Walking with an opened can or bottle of alcohol can give you a fine of up to €200! So make sure you consume your alcohol in a closed room. Funny; because smoking weed in public is allowed.

The dunes of Katwijk Aan Zee. 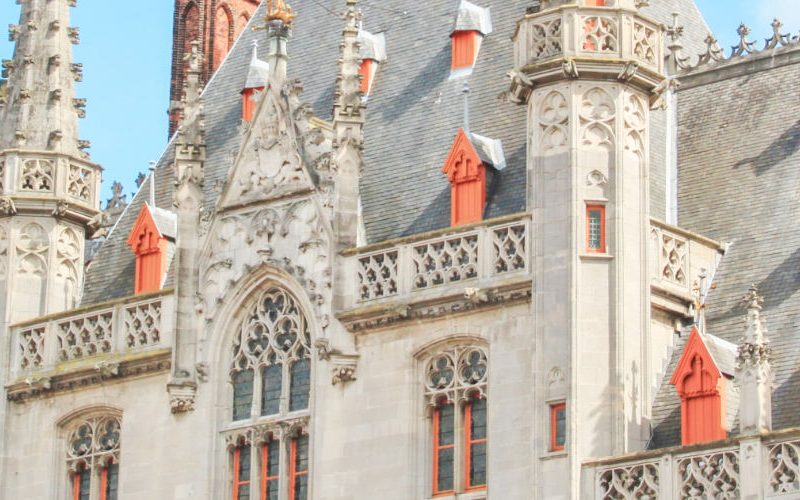 Sit tight and I’ll introduce everything you need to know for an easy day trip from Amsterdam to Bruges filled with charming canals, chocolate and historic sites in this enchanting Belgian city. Are you looking for a day trip from Amsterdam to Bruges? Then I recommend looking at the tours that GetYourGuide is offering. They have a lot of availability … 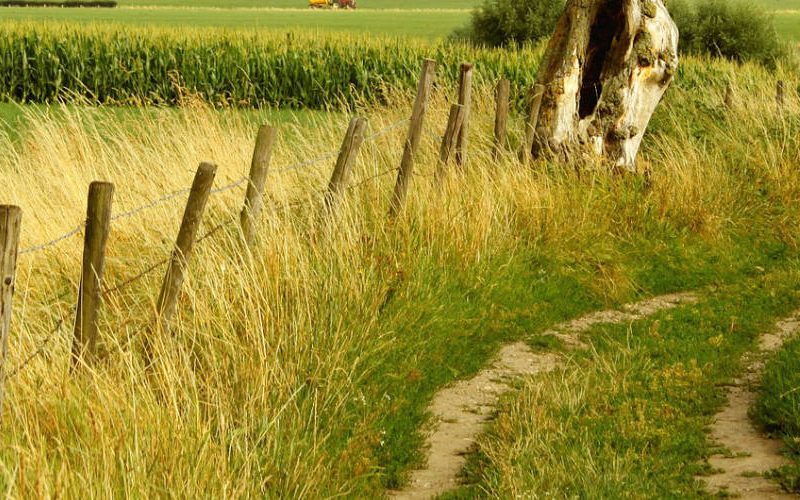 I read a lot of nice reviews about the Sint-Pietersfort (Fortress of Saint Peter) and the Maastricht caves on Tripadvisor. To avoid queues, I bought my tickets in advance. The marl caves and the Fort have little to do with each other, but throughout history their paths crossed quite a few times. The caves of Maastricht aren’t actually a natural … 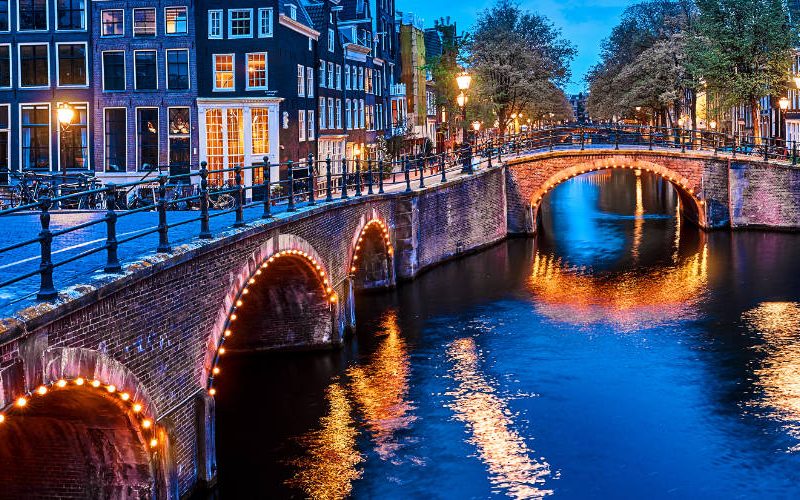 First of all, you should know that the history of this unique city is almost inextricably linked to water. Over the centuries, no less than 165 canals have been built in Amsterdam to stimulate trade and facilitate the transport of goods. In 2010, UNESCO was therefore able to declare the canal ring as a world heritage site. And … 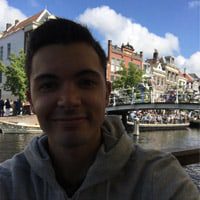 The Netherlands is a wonderful country! It is perfect for a couple of days or a weekend while spending some time in Europe. I myself spent a year studying in Utrecht, but I'm as crazy for Amsterdam and Rotterdam. I definitely plan to return many more times to this beautiful country!

Utrecht is one of the largest student cities in the Netherlands. It's about an hour from…

Rotterdam, Roffa or Rotjeknor is the second largest city in the Netherlands and competes…

Maastricht lies just over the border from Belgium. In good weather you can even see Belgium…

Not exactly a destination that is mentioned in many guidebooks, but Katwijk Aan Zee is a…

The Hague, Den Haag or 's-Gravenhage is the third largest city in the Netherlands. The…