The Statue of Liberty is without a doubt one of the most famous landmarks of New York. It is by far the most famous statue in the world and should certainly be explored during your visit to The Big Apple. To make things a little easier for you, I tell you everything you need to know about this American icon so that you can visit the Statue of Liberty and get to know all of her secrets!

Guided tour / visit to Ellis Island (where the statue is located)?

You can book excursions with these tour operators. 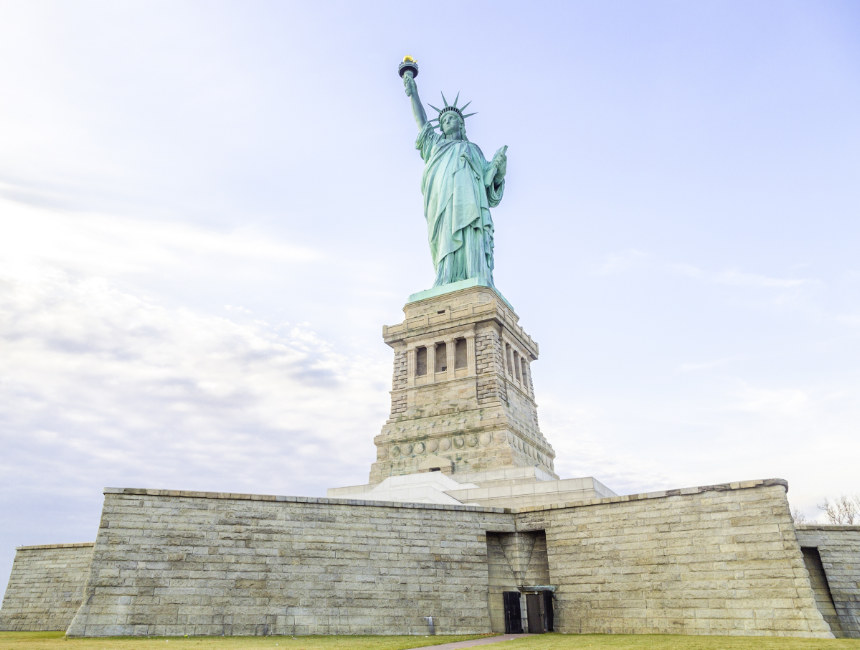 A bit of history and explanation about the Statue of Liberty

The Statue of Liberty has been showing off on Liberty Island since October 28, 1886. Originally, the copper statue was a gift from the French people to congratulate the Americans with their independence and to celebrate the abolition of slavery. It was designed by Frédéric Auguste Bartholdi and built by the famous Gustave Eiffel. They chose the Roman goddess Libertas who holds a torch above her head and holds in her right arm a tabula ansata on which the date (July 4, 1776) of the Declaration of Independence is registered. Soon the image grew into a symbol of freedom that welcomes foreign immigrants into the United States. Once they started seeing this giant statue, it wouldn’t take much longer before they had arrived on Ellis Island where they were checked before they could enter the country. It’s estimated that more than 12 million immigrants passed through this checkpoint between 1892 and 1954. 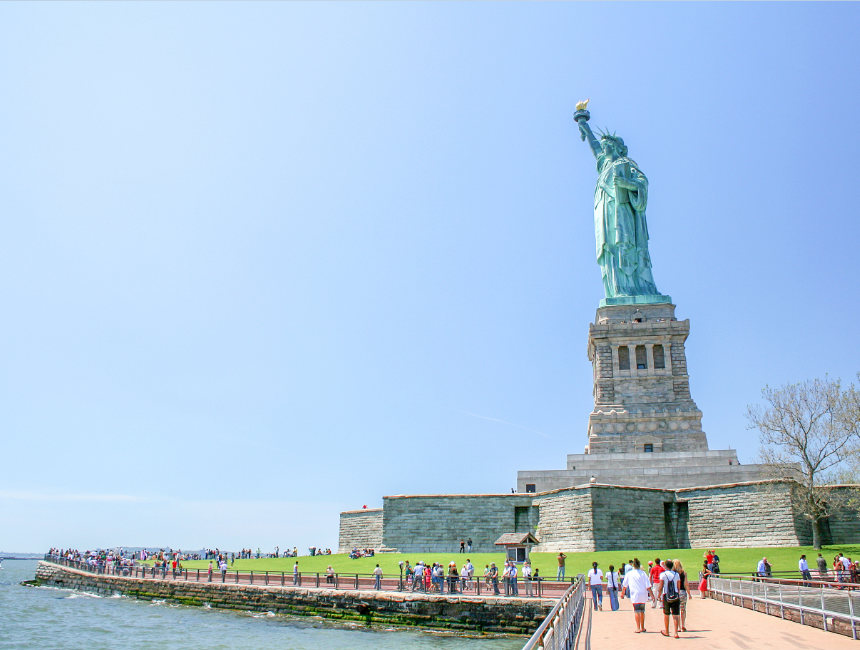 You won’t forget a trip to the statue of liberty quickly!

Visit to the Statue of Liberty

When you visit the Statue of Liberty, you have three different options.

The “Grounds Only” ticket gives you the opportunity to stroll around on Liberty Island. This is only sold if the two other types of tickets are already sold out and can be bought at the ferry terminal on the day itself. An excellent choice for travelers who want to see the Statue of Liberty last minute.

You also have the “Pedestal” card with which you can enter the pedestal and also get access to the museum. The pedestal was designed by Richard Morris Hunt. This pedestal is about half the length of the entire monument and also offers a panoramic view of New York and Ellis Island.

The last option is the “Crown” card with which you can visit the pedestal, the museum and the famous crown of the Statue of Liberty. If you’ve already seen the crown of the Statue of Liberty in films or television series, you know that from here you have a magnificent view of the impressive skyline of New York. It’s more than worth the 377 steps that you have to climb. Note that this is the most popular day card and is thus very quickly sold out. Fortunately, you can reserve a ticket already six months in advance. I can’t say enough that you should buy your tickets in advance if you plan to visit the Statue of Liberty. 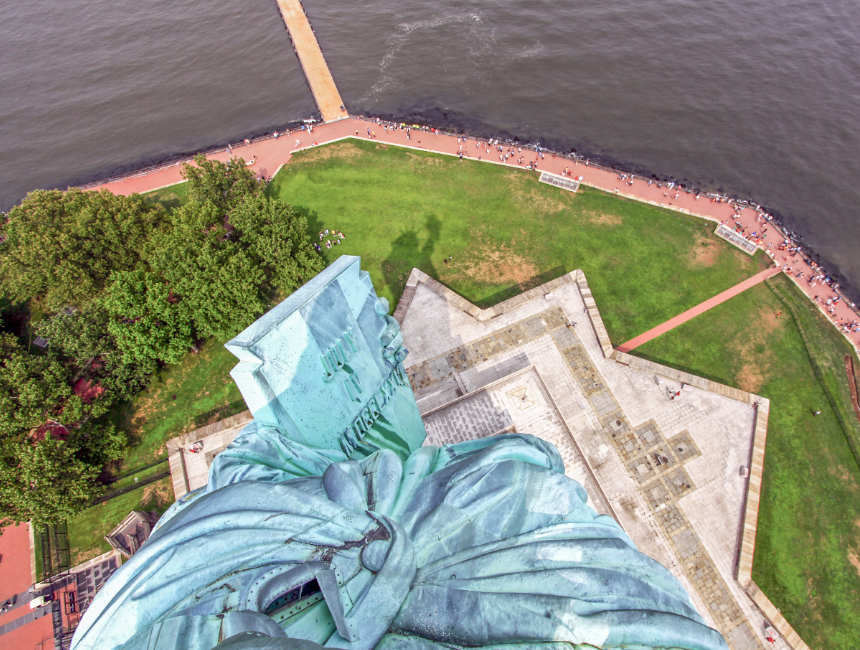 Not only the view over New York is beautiful. The toes of ‘Lady Liberty’ are also quite interesting!

It’s best to plan a visit to the Statue of Liberty as early as possible. You can easily purchase the tickets online. These tickets also include transportation by ferry (back and forth).
If you only want to visit the pedestal, adults pay $18.5 and children between four and twelve pay $9. You can enter for free up to four years. If you also want to visit the impressive crown of the Statue of Liberty, you pay three dollars more. An audio tour in English and a guided tour with a park ranger are also included. This is both optional and not mandatory.
Once you are there, you can also take the opportunity to visit Ellis Island. Fortunately, you can buy tickets that combine the visit with the Statue of Liberty.

» All tours and excursions to the Statue of Liberty

From 5 September to 9 October

From 10 October to 17 November

The first ferry leaves at 9 o’clock in the morning and the last one leaves the mainland at 3:30 pm. At 5 pm the last ferry sails from Liberty Island to Manhattan.

For more information, please consult the official website. The Statue of Liberty is open every day of the year, except for Christmas (December 25). 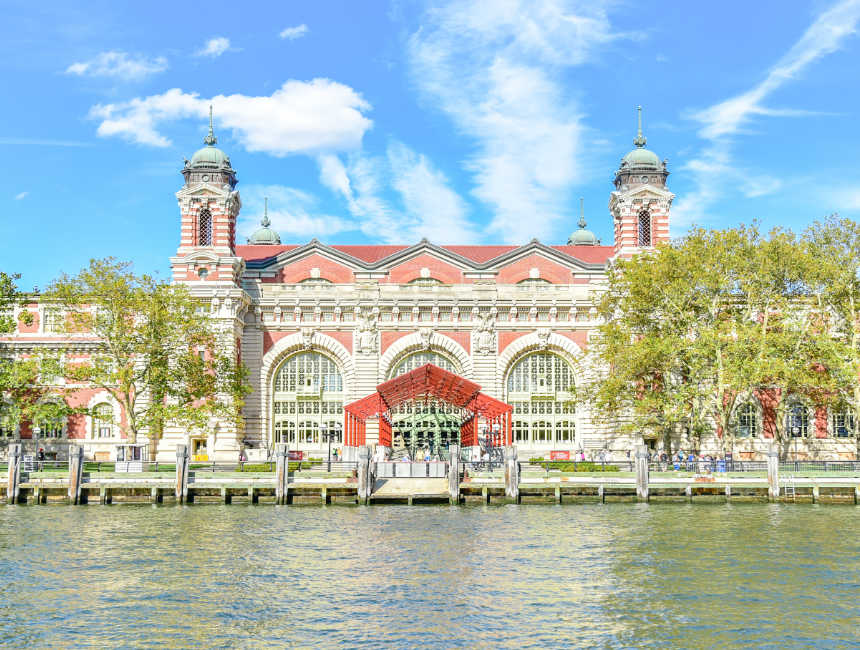 On Ellis Island you also find the ‘Immigration Museum’, where you can clearly see what it was like, to arrive in NYC as an immigrant.

Visit the Statue of Liberty for free

Technically, it’s not possible to visit the Statue of Liberty free of charge, but there is another way to enjoy an excellent view of this American symbol for free. From subway stations Bowling Green or South Ferry, you can jump on the Staten Island ferry.

This ferry is completely free and is operational 24 hours a day. After 25 minutes of sailing you arrive on Staten Island and once you’ve admired New York from here, you can take the same boat back to Manhattan. There are also paying options that bring you closer to the Statue of Liberty, but this is in any case an excellent alternative.
I can also recommend a cruise around the entire island of Manhattan. This is one of the best things to do in New York and you get a complete picture of this bustling (and gigantic!) City. 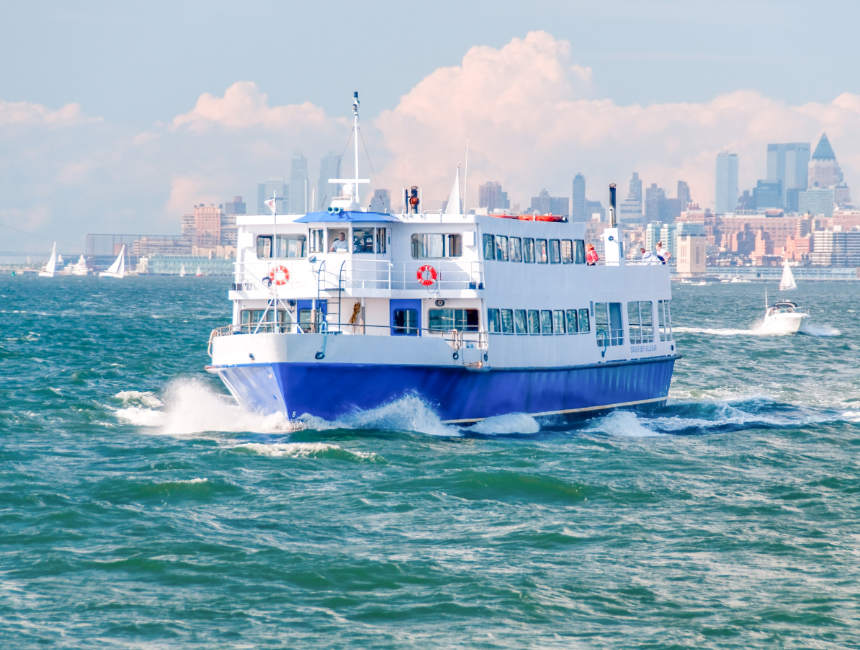 If you don’t necessarily want to set foot on the island, you should take the Staten Island ferry and circle the beautiful Lady Liberty!

Twelve fun facts about the Statue of Liberty 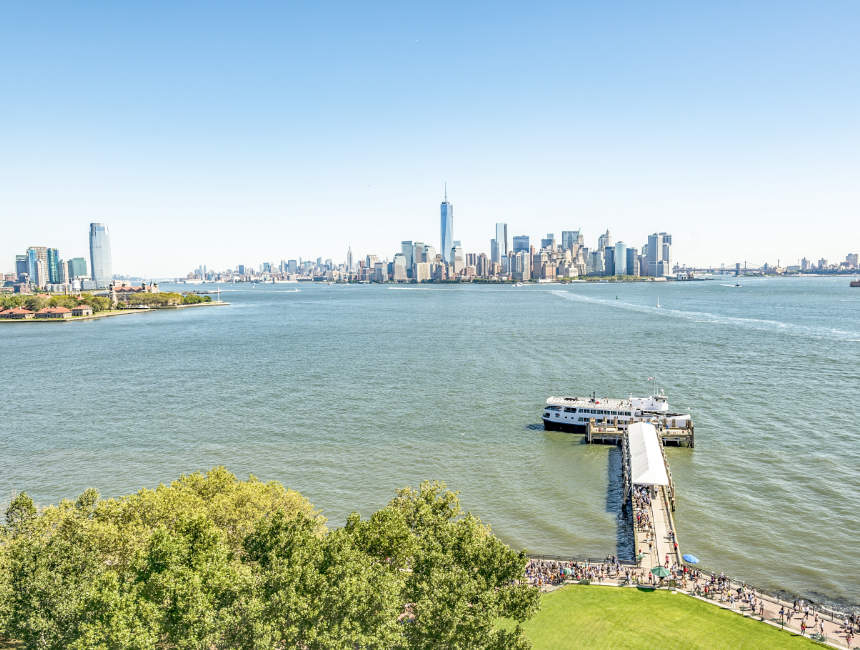 The view from the Statue of Liberty. This is probably the best view you can get over the skyline of New York!

The Statue of Liberty is rightfully one of the most visited sights in New York. To understand the city (and the country) you must have been here. It stands for the core values of American society and in combination with a visit to Ellis Island you can see why the United States is so multicultural. New York is a fantastic city and if you arrange a trip to the Statue of Liberty you should do so. It really is wroth seeing from up close! 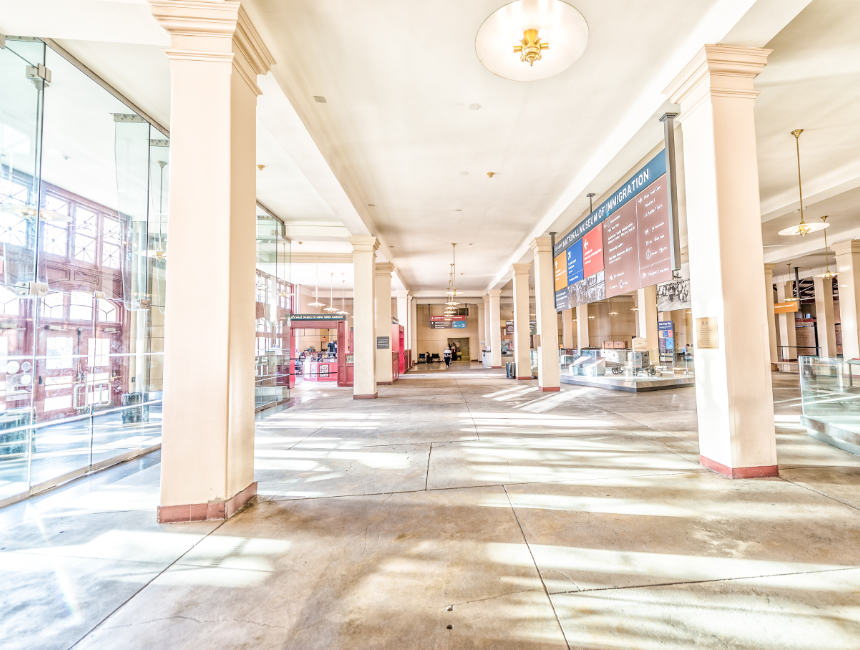 Would you like to update your knowledge about NYC? Then visit the museum of Ellis island!