There's not only a pantheon in Rome, but also one in Paris!
This former church was transformed into a monument for and by the French population. The impressive structure isn't only appealing from the outside, the inside is also worth a visit. Descend to the crypt and visit some of the most famous citizens of France, or watch the richly decorated interior of the ground floor in awe. Whatever you're going to do, the Panthéon in Paris is definitely worth a visit.

Official tickets for the Pantheon of France 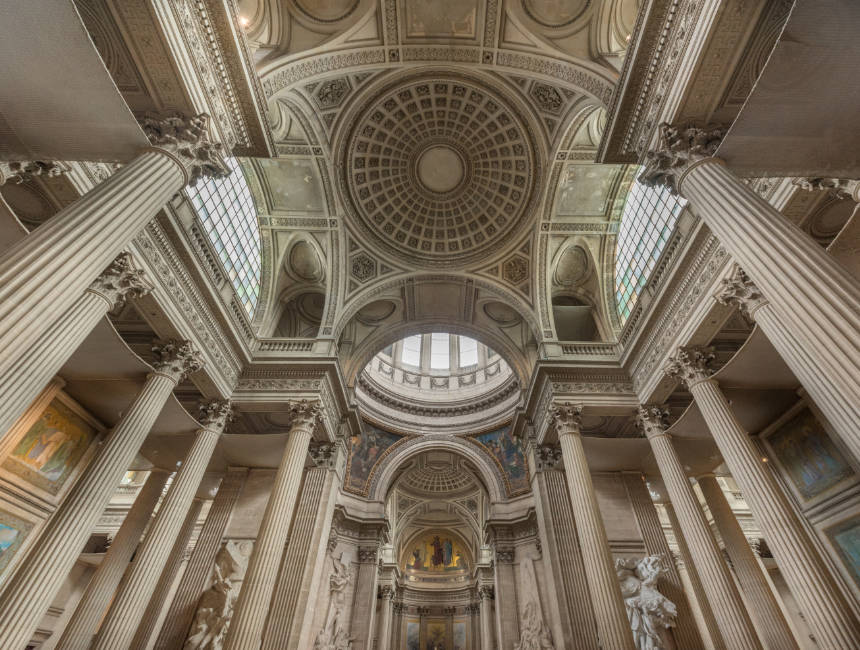 Note: sometimes the Panthéon of France is referred to as the ‘Paris Parthenon’, but this is in fact not the right name of this monument. So, if you’re looking for the ‘Parthenon in Paris’, people might stare at you like you’ve lost your mind. Just saying!

A brief history of the Panthéon of France

Louis XV wasn’t bestowed with great health. When he got a severe attack of gout in 1744, he promised to build a new church if he got better. Miraculously, the king quickly recovered, and a promise is a promise… So In 1758 the foundations were laid on the site where until then the Abbey of Sainte-Geneviève had stood, but it wasn’t until 1789 that this atypical church was completed. The pantheon of Paris didn’t serve as a church for very long, because after the French Revolution the building was changed into a temple in honor of France. Instead of a church, it became a mausoleum. This function changed several times throughout history, but from 1885 on it became a temple in which some famous citizens of French were buried. 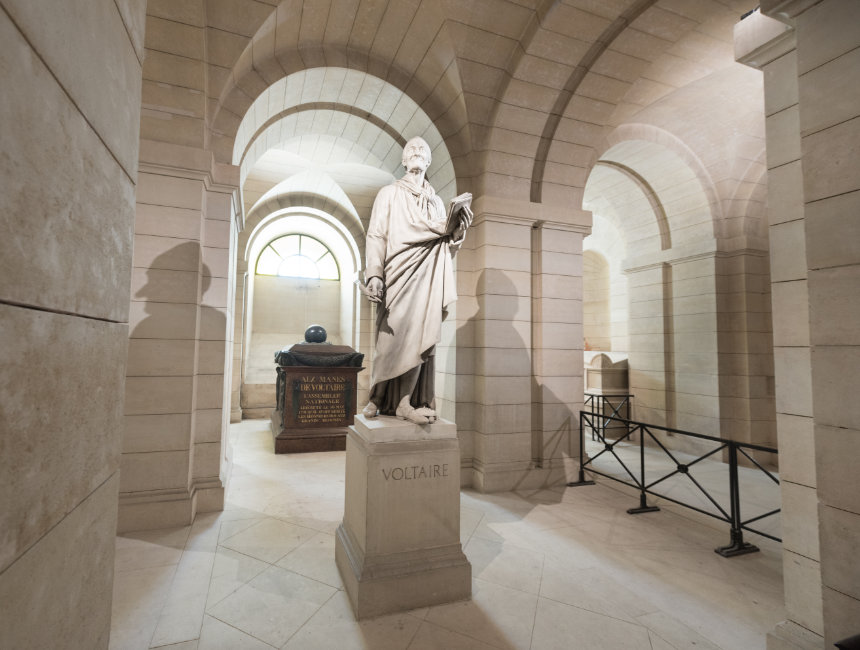 Many important French people can be found in the crypt of the Panthéon.

The exterior of the Panthéon is pretty impressive. Although it’s inspired by the Pantheon of Rome, it looks more similar to the St. Paul’s Cathedral in London. The impressive pillars, statues and decorations, however, fall into negligence with the imposing interior of the building.

The inside of the Panthéon

After you’ve scanned (or bought) your ticket, you have to go through a security check, but that all goes pretty quick. Once you’re inside, your eyes will be stimulated to the max. The whole interior looks like a masterpiece! It already starts at the floor. White, black, red and green precious stones stretch in front of you. It looks like a kind of painting on the ground! From there, the gigantic columns go on in the ceilings in which detailed decorations are applied, which in turn flow into colorful mosaics. On the walls you’ll notice several priceless paintings that represent mythical and divine scenes, or highlight important moments in French history.
Scattered over the ground floor you can also find dozens of sculptures by important Frenchmen and patriotic scenes.

Although it’s actually no longer a church, you’ll notice that there are quite a few religious scenes to be seen. It was a conscious choice to preserve these elements, because in the end, the Ancien Régime (before Napoleon) also had a great importance to France and moulded the country in what it is today.

In the middle of the Pantheon of France, just below the dome, you can find the famous pendulum of Foucault. This French physicist hung a weight on a rope in the dome to provide evidence that the earth revolves around its own axis. In fact, this is a copy (the original hangs in the Musée des Arts et Métiers in Paris), but nevertheless this 67 meter (220 ft) high pendulum is impressive! 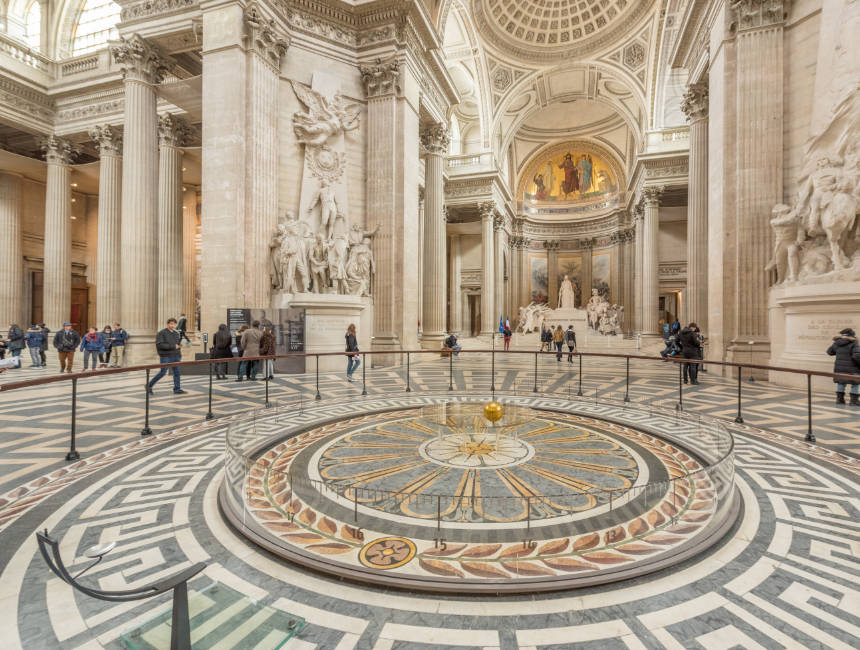 The pendulum of Foucault. An important scientific discovery made by France.

Under the Pantheon of France lies a gigantic crypt. There are some very important citizens of France hidden away in this enormous network of corridors. There are several rooms in which famous French were buried according to their field. There is a crypt for dignitaries, great writers (including Victor Hugo and Alexandre Dumas), equality fighters, big voices that contributed to democracy, citizens who were honored for their courage and resistance and scientists (including Pierre and Marie Curie).

The sand-colored walls are surprisingly sober compared to the ground floor. The same is true for the graves of all these notables.
At the very end of the crypt is a room where you can also watch an informative film about history and democracy in France, with some more explanation about the Paris Pantheon and the people buried here. 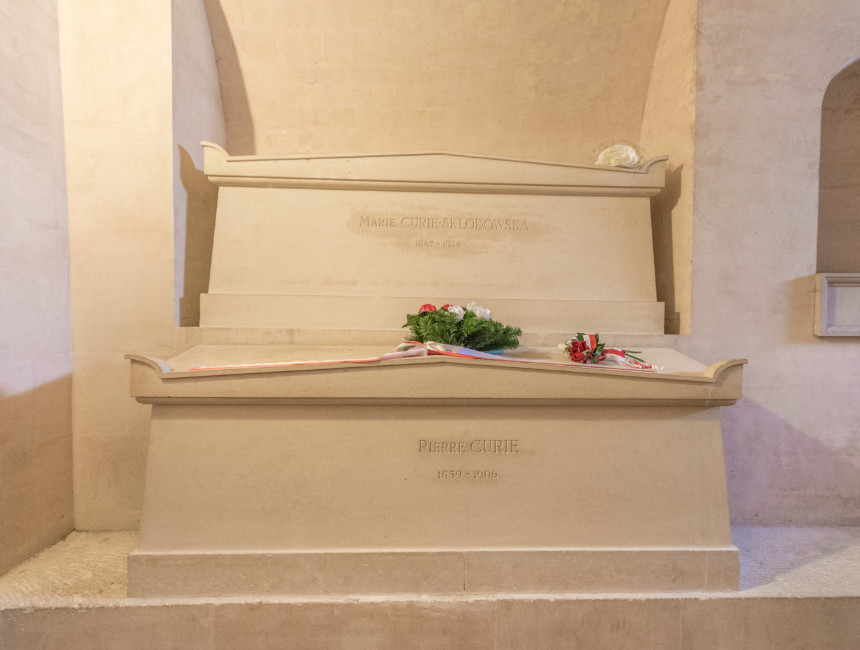 One of the most famous tombs in the crypt of the Panthéon. The tomb of Marie Curie and her husband.

The panoramic view over Paris from the dome

It seems that from here you get one of the most beautiful views of Paris, but unfortunately it was closed to the public during my visit (March 2018). It’s not known exactly when the dome opens again. Hopefully soon!

To enter this impressive building, you first have to buy a ticket. That costs you €9 and can also be done online to prevent queues. If you’re a resident of the EU with a valid identity card and are younger than 26, then you can even visit the Panthéon completely free of charge.

If you want to visit several sights and museums in Paris, I also recommend buying the Paris Museum Pass. Such a pass is valid for 2, 4 or 6 days and costs €53. With this special admission ticket you can visit more than 60 museums and sights in Paris. 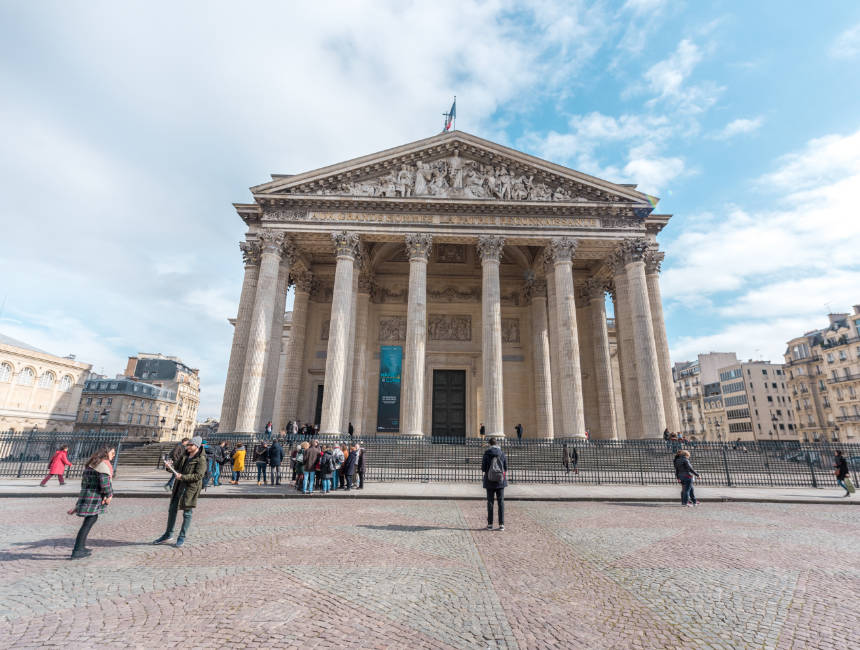 Now say so for yourself: this building looks a lot like a Roman temple, don’t you think so? 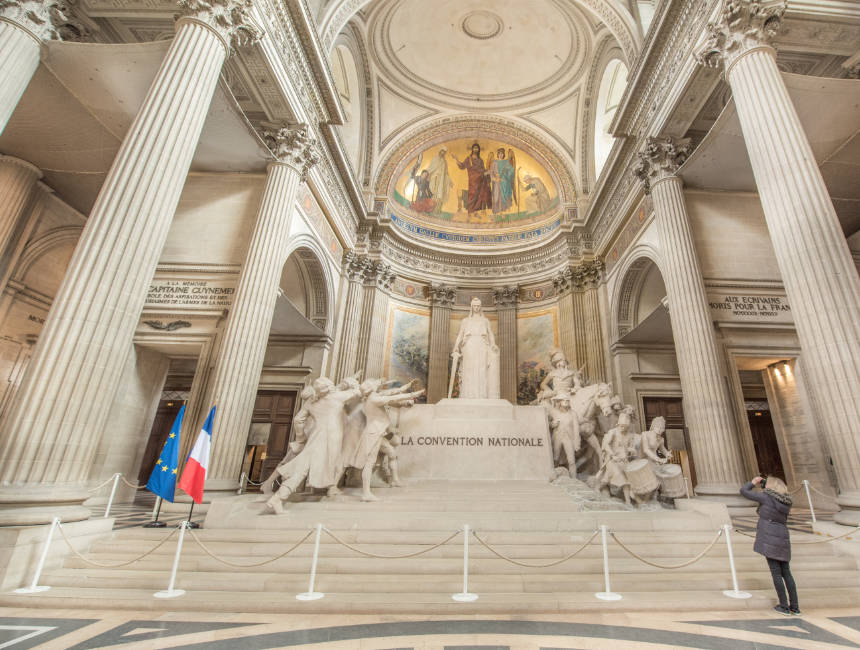 A ticket to the Pantheon in Paris is more than worth its money. What a spectacular interior you have here!

Some facts about the Pantheon of Paris 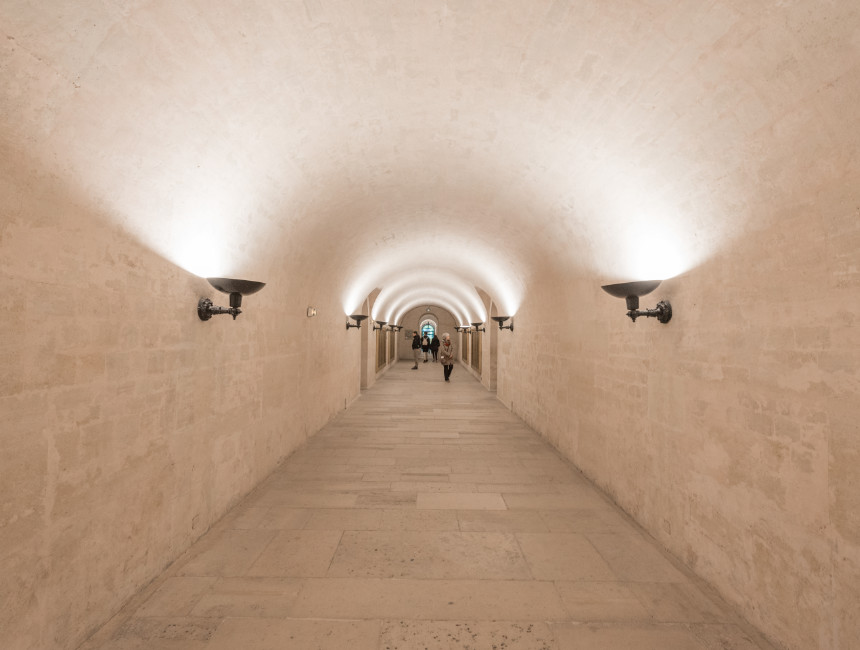 The crypt is very sober. Especially compared to the ground floor!

A visit to Disneyland Paris: what to expect? Cheap tickets + more info

This was the Notre Dame before the fire…

Winter sports in Valmeinier: the perfect ski area in France for families