There are only few cities that appeal to culture enthusiasts such as Rome. La città eterna is one of the cradles of Western civilization and in the heart of this metropolis lies the headquarters of the Catholic church: Vatican City. Next to the Vatican museum and the Saint Peter's Basilica you should definitely visit the Sistine Chapel. I tell you everything you need to know about this wonderful creation. 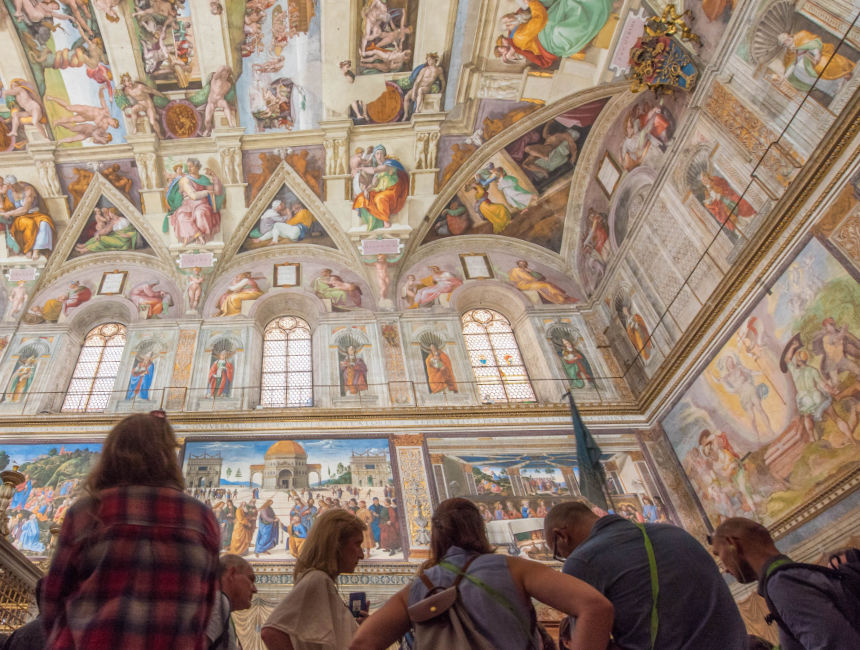 A brief history of the Sistine Chapel

The Sistine Chapel owes its name to Pope Sixtus IV della Rovere (high priest from 1471 to 1484 for lovers of historical dates). You can this world famous place in the Apolian Palace, which is in fact just a special name for the residence of the Pope. Originally this was a two-story castle that was built by Pope Nicholas III next to the old St. Peter’s Basilica. Over time, more wings and chapels were added.

In 1475, the famous Sistine Chapel was commissioned by the aforementioned Pope Sixtus IV. Giovanni Di Dolce was entrusted with the construction. But the inside also had to be dazzling. Pope Sixtus IV called in an elite squad of painters, including Sandro Botticelli (whose works you can also visit in the world-famous Uffizi), Domenico Ghirlandaio, Cosimo Rosselli and Pietro Perugino.

On August 15, 1483, the Sistine Chapel was solemnly consecrated in the name of the Assumption of Mary.
A few years later, the nephew of Sixtus IV, Julius II (also high priest from 1503 to 1513) received the (divine) idea to adjust the chapel a bit. In 1508 he ordered Michelangelo Buonarroti to paint the magnificent ceiling of the Sistine Chapel. In four years he delivered such good work that Pope Paul III commissioned him again in 1536 to paint the Last Judgment on the wall behind the altar. Here, Michelangelo (the painter, not the ninja turtle) needed no less than five years to complete his masterpiece. But in his defense, it has become one of the most iconic paintings of all time! 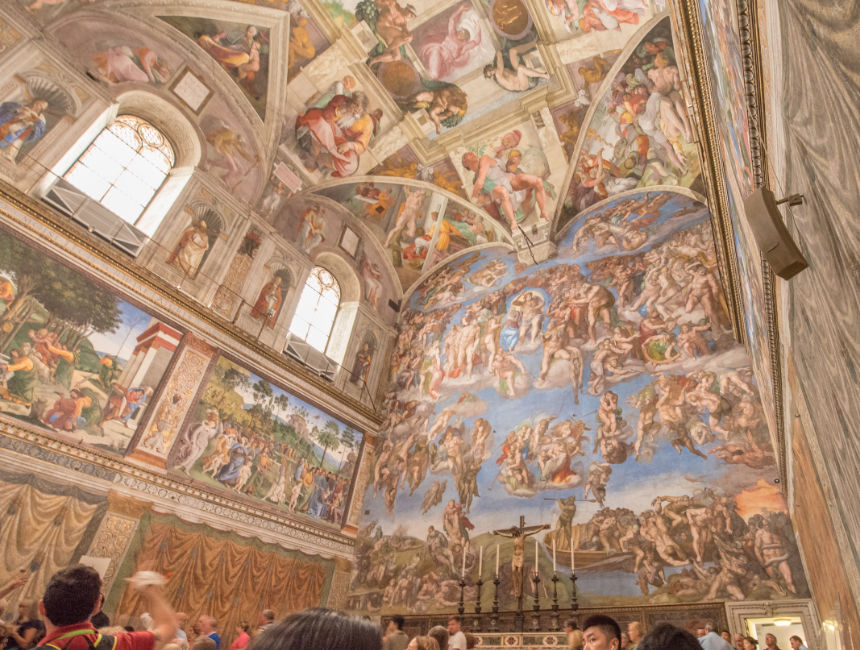 The final judgment. With the help of a guide you’ll learn a lot of interesting things about this painting.

The first way is to buy a fast track ticket that gives you access to the Sistine Chapel and the Vatican Museums without having to wait in line. You pay more for this than for a normal ticket, but you avoid queues of two hours or more (!!!)!
In any case, I didn’t think twice before I bought one…

Another possibility is to plan the timing of your visit. Avoid standing in line at 9 a.m. when the doors open. At this time an endless load of tourists is coming this way and waiting times increase enormously. Especially during the spring and summer months you can queue for at least two hours. Also avoid Mondays, because on Sundays the Vatican museums are almost always closed. Almost, because every last Sunday of the month you can visit the Sistine Chapel and Vatican Museums for free. I don’t have to tell you that there are also a lot of people waiting in line at these occasions. Sometimes there are lines of five hours long… And that really is way too long for a short visit to the Sistine Chapel!
The best time to avoid long queues is therefore just after noon when most people are having lunch. However, I would like to say that the minimum time is still one to one and a half hours. So if your time is dear to you: just buy priority tickets! 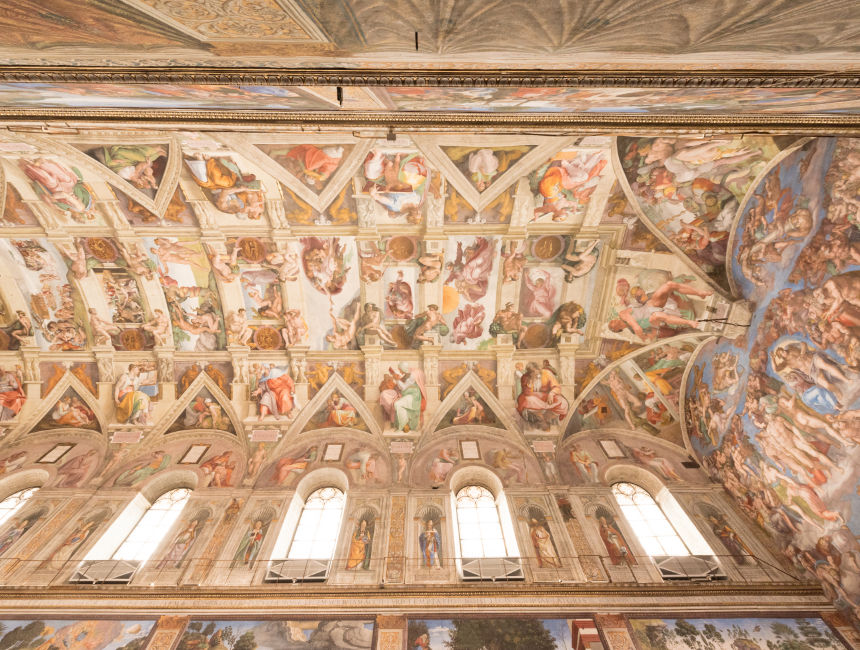 Tickets for the Sistine Chapel are included in your visit to the Vatican Museums.

How much time should you spend in the Sistine Chapel?

Of course you can always combine the famous basilica with the nearby Castel Sant’Angelo. 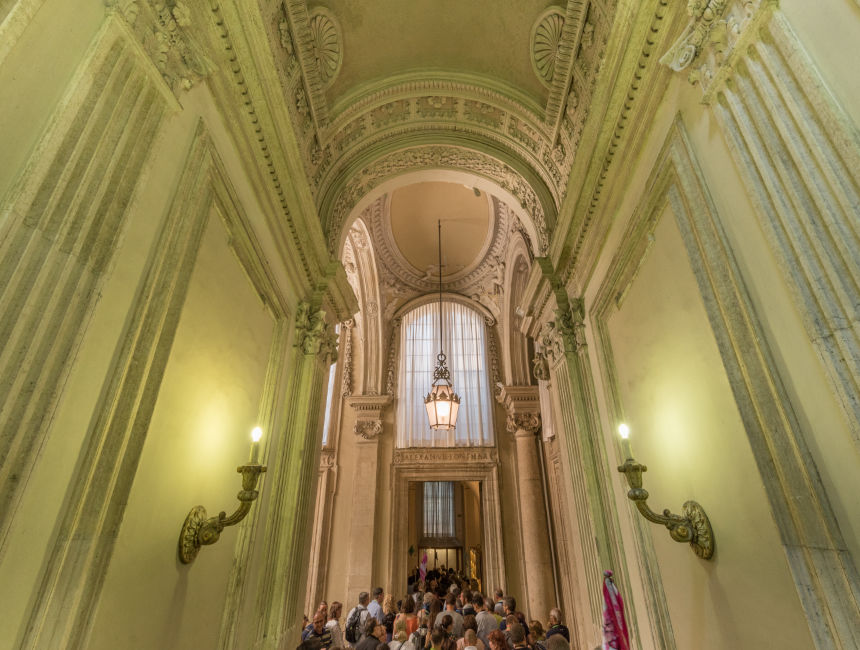 Through this corridor, behind the Sistine Chapel, you end up in St. Peter’s Basilica without having to wait in line again.

Tickets for the Sistine Chapel 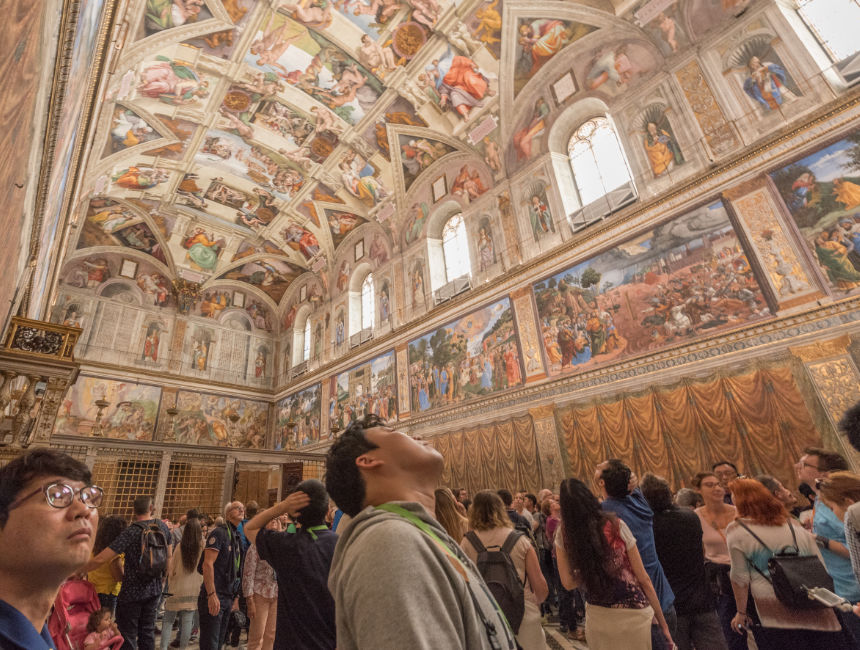 To avoid disappointment, it’s best to book your ticket to the Sistine Chapel in advance!

Opening hours of the Sistine Chapel and Vatican Museums

Also make sure that you wear appropriate clothing: sleeveless T-shirts, miniskirts, shorts and headgear are forbidden, just like using your mobile phone. Taking pictures inside the Sistine Chapel is also not allowed.

As you can read, it’s definitely possible to visit the Sistine Chapel last minute, but then you must choose your time well. Much better is to buy your tickets for the Sistine Chapel online. Visiting the Vatican is indispensable if you plan to spend a few days in the Eternal City. You don’t have to be a pious Catholic to appreciate and admire such wonderful human achievements. 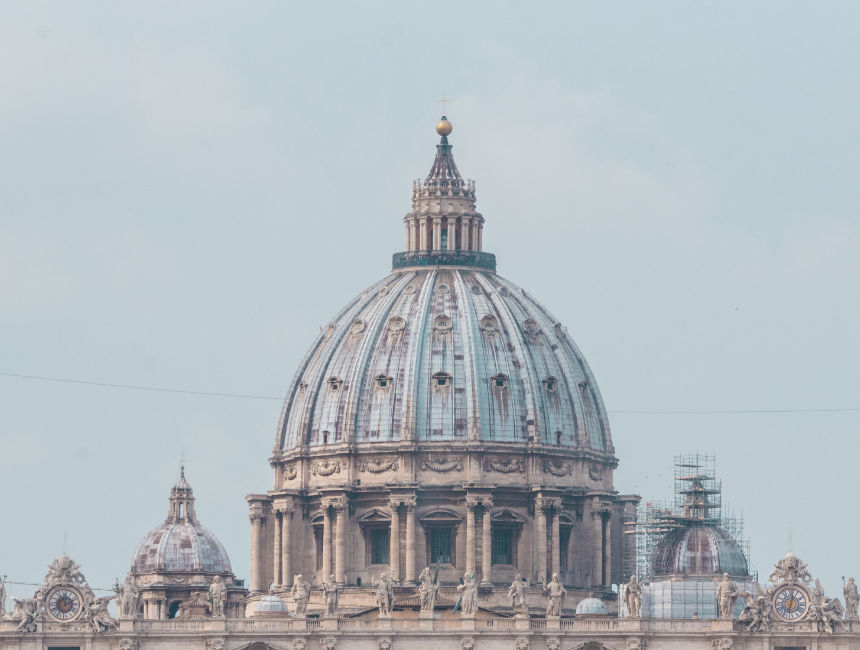 To gain access to the Sistine Chapel, you must visit the Vatican Museums.