The Doge's Palace is one of the most loved attractions in this gorgeous city. With right and reason, because it's one of the most interesting, beautiful and intriguing places to visit when going to Venice!

Planning a visit to the Doge's Palace? 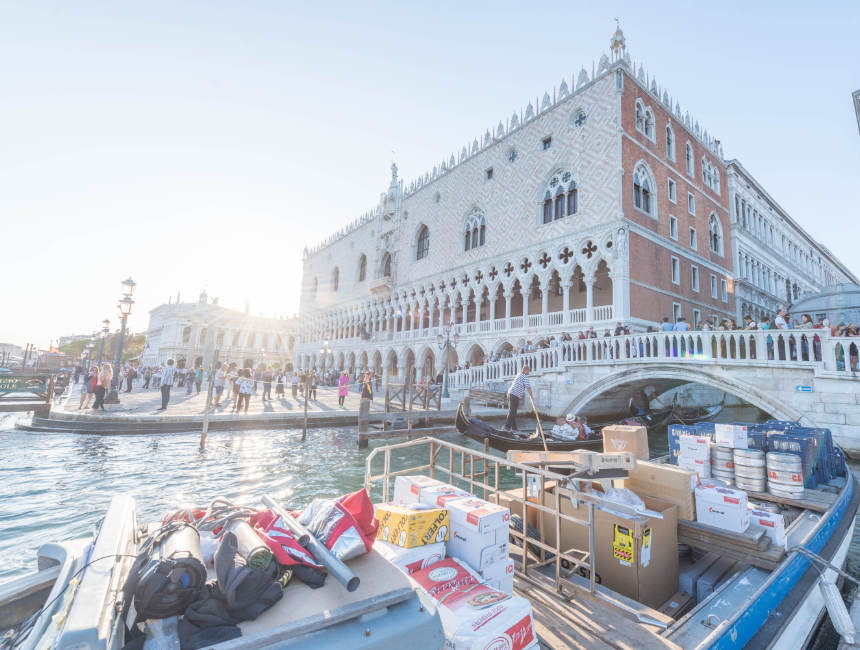 The outside of the Doge’s Palace. One of the most impressive buildings on the San Marco square.

Brief history of the Doge’s Palace

Il Palazzo Ducale, as it’s so beautifully called in Italian, is the Palace of the Doge, the leader who ruled over the Most Serene Republic of Venice for more than 1,100 years. He decided that a prominent building should be built for such a prominent position. Therefore, in 1340, he ordered the construction of the palace to be built on ninth century foundations.
In 1483 a large part of the Venetian-Gothic building was destroyed by a fire, so it was necessary to renovate. The architect Antonio Rizzo gave a beautiful Renaissance makeover to the building, making it look as beautiful as it still is today. Later, another fire broke out, but this time only damaging the inside. Since 1923 it has officially served as a museum. 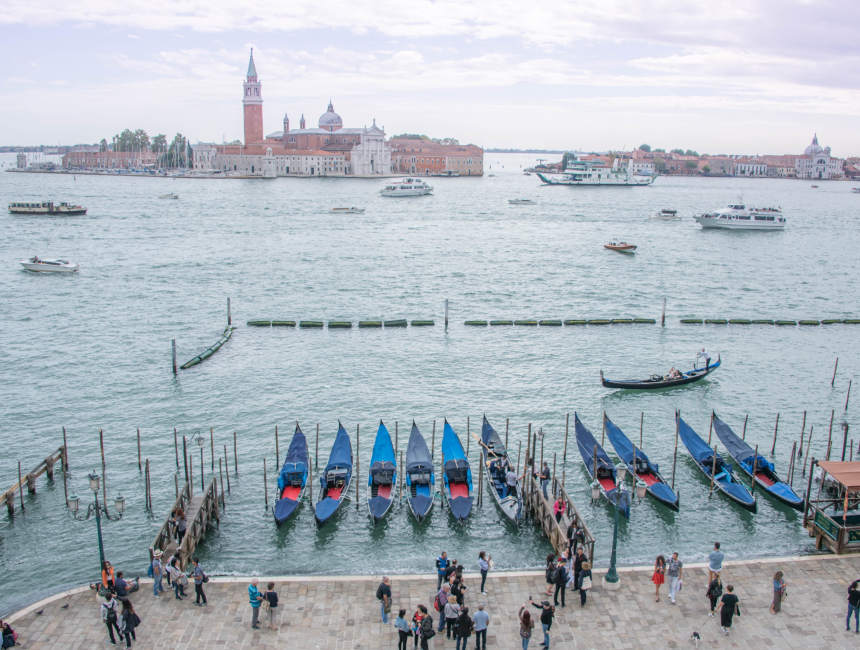 You get great views over Venice and the San Marco square from all over the palace!

What is there to see in the Doge’s Palace?

Of course it’s not just the exterior that looks stunning, you can also admire the magnificent interior. These are five eye catchers that you shouldn’t skip during your visit to the Doge’s Palace: 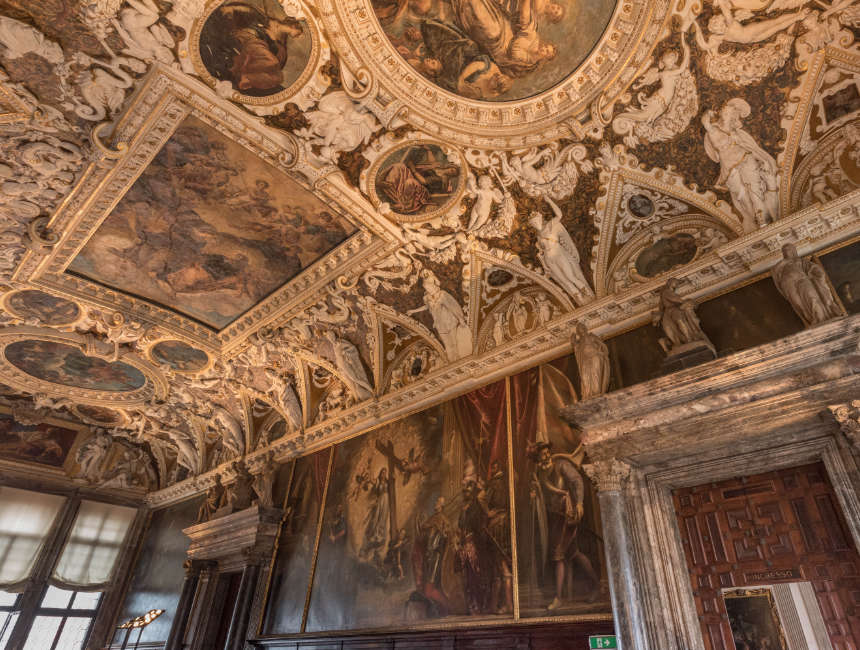 The inside of the Doge’s Palace is impressive! Beautiful murals and gorgeous painted ceilings showcase the wealth of Venice. 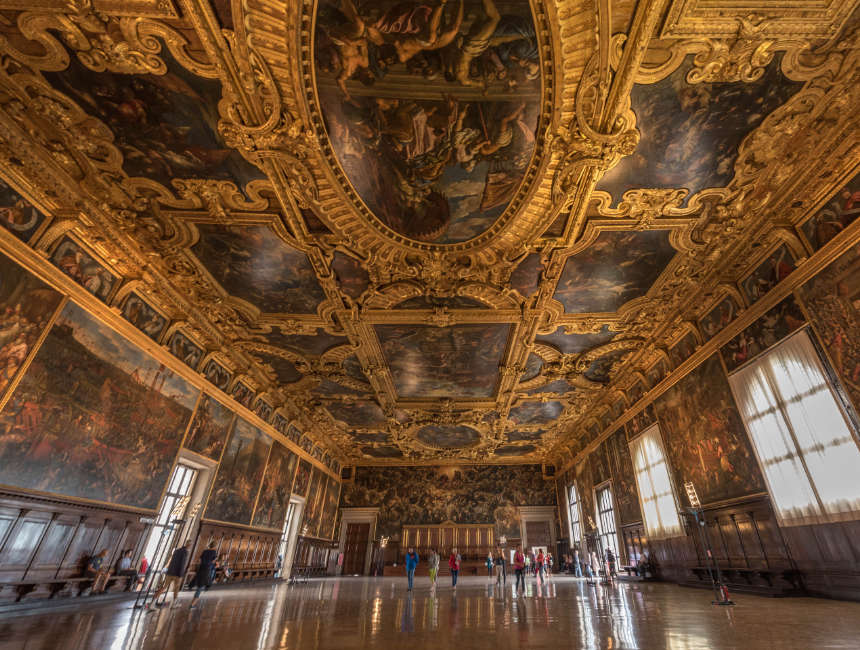 The Sala del Maggior Consiglio. It’s here that the most important decisions about Venice were made! 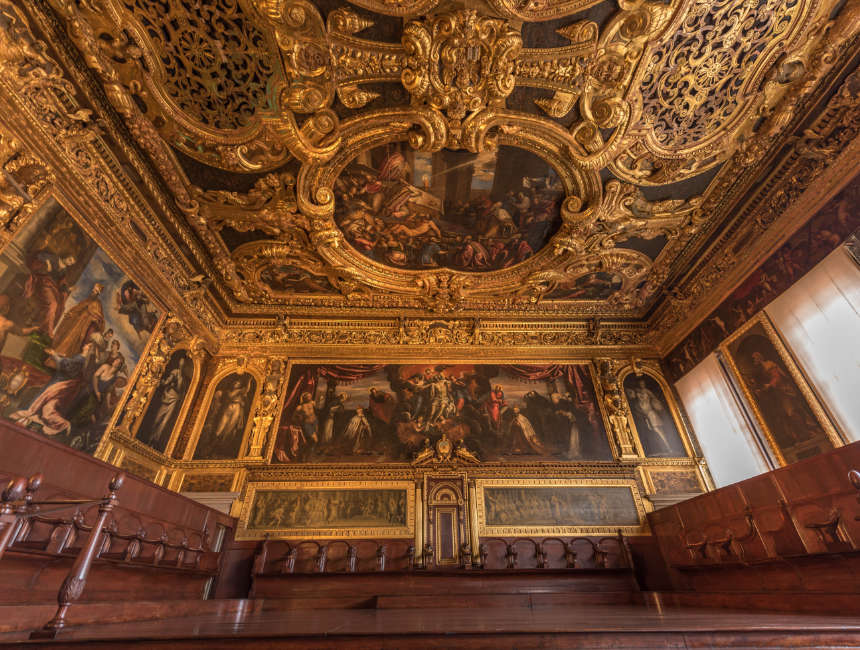 The court rooms of the Doge’s Palace are as impressive as the rest of this huge palace. 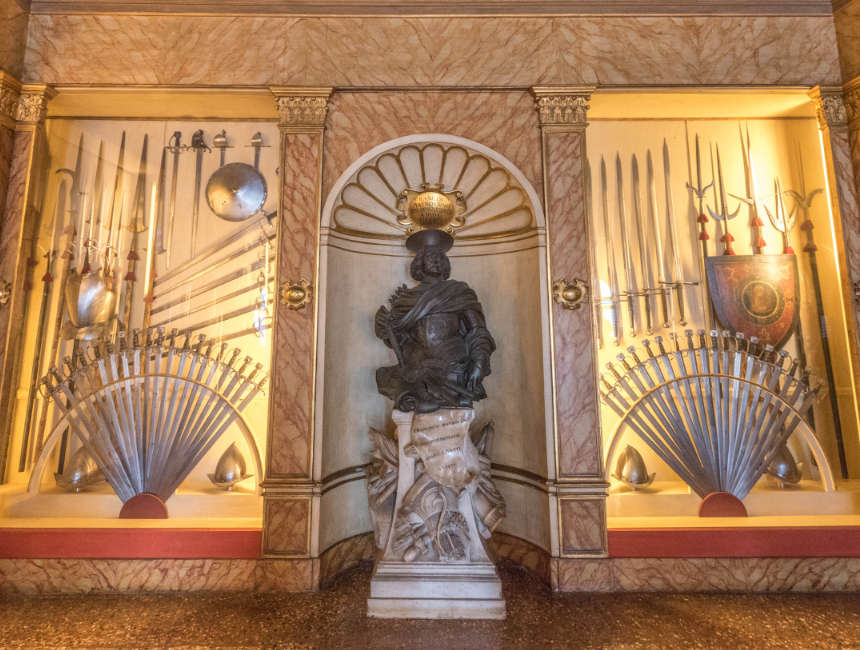 Even the weapons that the Venetians used are beautiful! However… I wouldn’t like to see them from too close if I were you… 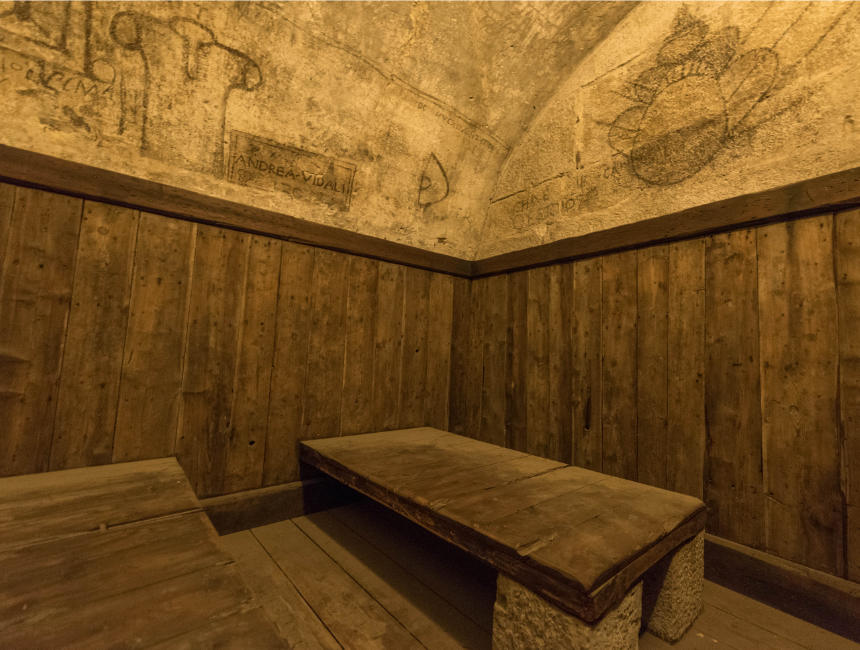 The Prigione Nuovo or the New Prison looks a lot less grand, doesn’t it?

What does the Doge’s Palace cost?

Adults pay twenty euros for a ticket and children between six and fourteen thirteen euros. Students from fifteen to 25 and seniors also pay thirteen euros for a visit to this magical building. Children up to five years may enter for free.
With these tickets you can visit the Museo Correr, the Museo Archeologico Nazionale and the monumental rooms of the Biblioteca Nazionale Marciana. Tickets are valid until three months after purchase, but you can only use them once.
You can book tickets for the Doge’s Palace online on their website.

If you want to skip the long queues -When it’s high seasons you sometimes have to wait two to three hours …- you can also buy ship-the-line tickets for the Doge’s Palace. These costs €3 more per person. These tickets can also be booked online here. 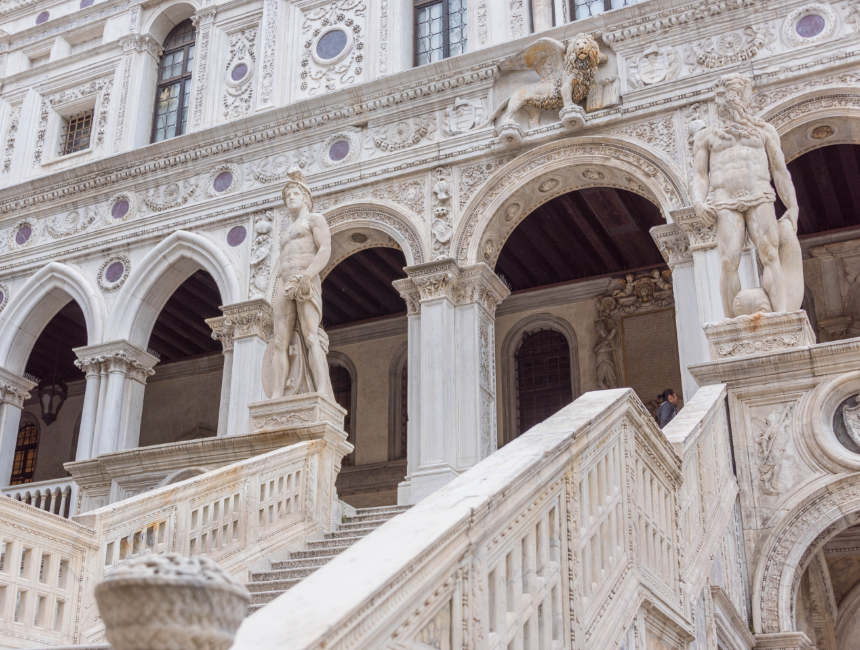 The courtyard from this monumental building is decorated with gorgeous artwork and detailed embellishment of the buildings.

Opening hours of the Doge’s Palace

Please note that there are different opening hours for the high and low season.

After visiting the Palazzo Ducale, a visit to the San Marco Basilica (St Mark’s basilica) is also highly recommended. After that, you may want to escape the hustle and bustle by getting lost on purpose in one of the many little streets. Venice is a beautiful city and there is a big chance that you’ll want to come back for more of its cuteness.
If you can’t visit the city of the bridges for the time being, you can always walk here virtually in the game ‘Assassin’s Creed II’. Here you can even climb the Doge’s Palace! But be warned… Once you see Venice virtually, you’ll want to see it in real as well! 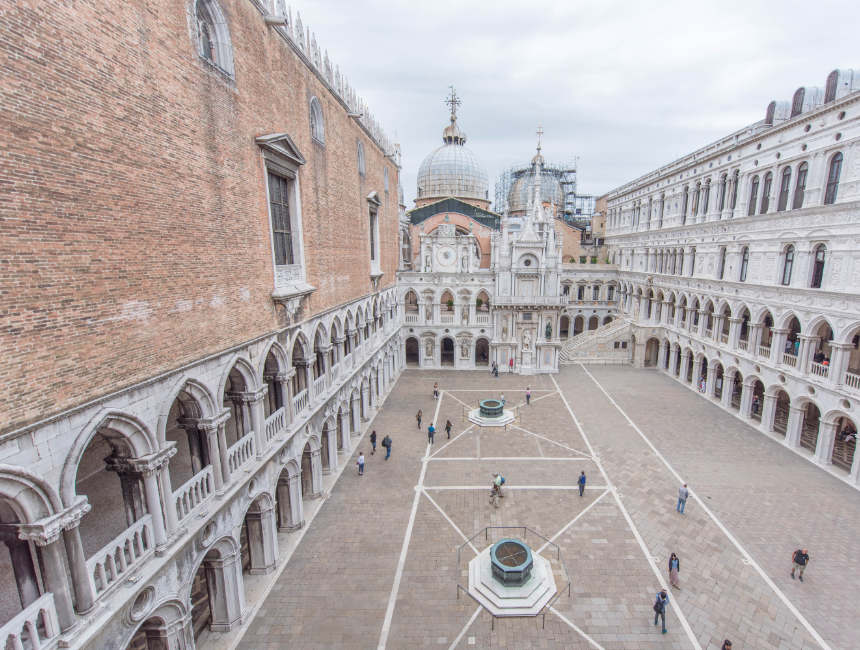 From the second level of the Palace you’ll get a great view over the courtyard. Did you also notice that the columns on both sides look different?

I would recommend taking a tour with a guide. They are much more interesting than the audio guides, and you can also ask all of your urgent questions.
A ticket for the Doge’s Palace is in many cases available as a combination ticket with other sights or activities in Venice. Check out these interesting offers:

» All tours and excursions in Venice