Together with the Colosseum, the Castel Sant'Angelo in Rome is one of the buildings in the city which is closely intertwined with its rich and almost inexhaustible history. Originally it served as a mausoleum but soon it would occupy many other functions. I would like to tell you all about the beautiful Sant Angelo Castle and why you should visit this beautiful building.

Between 134 and 139 the Castel Sant’Angelo in Rome appeared on the right bank of the Tiber. The commissioner was the famous emperor Hadrian, whose ashes were kept here after his death. 138 was a bad year for the family because both Hadrian, his wife Sabina and his first adopted son Lucius Aelius died in this year. It was the beginning of a tradition in which the remains of fallen emperors found their final resting place in the majestic Castel Sant Angelo. The last of them was Emperor Caracalla, who built the similar named baths of Caracalla. 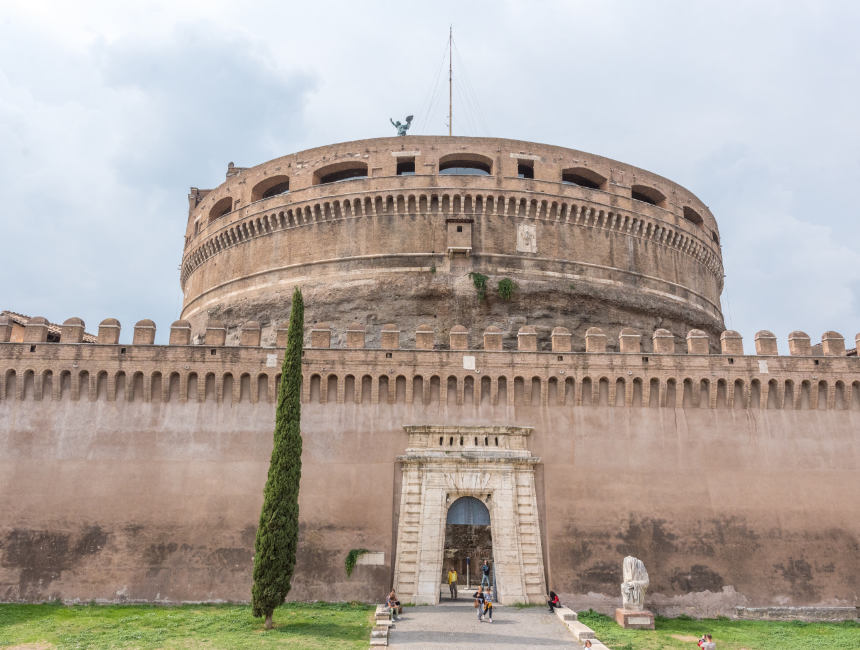 As you can see, the Castel Sant’Angelo is a real fortress!

In the beginning of the fifth century, the mausoleum was converted into a military fort and unfortunately many tombs and decorations were lost in the process. The Aurelian walls were also added because of Flavius Augustus. Despite its new function, the Visigoth plunderers couldn’t be stopped. They destroyed many urns but fortunately the final piece of the grave of Hadrian survived the invasion of the barbarians. Since then, it has been beautifully displayed in the Otto II tomb in the St. Peter’s Basilica.
A century later the Goths tried to overtake the castle, and in an attempt to keep them out many bronze and stone statues were thrown at these miscreants. 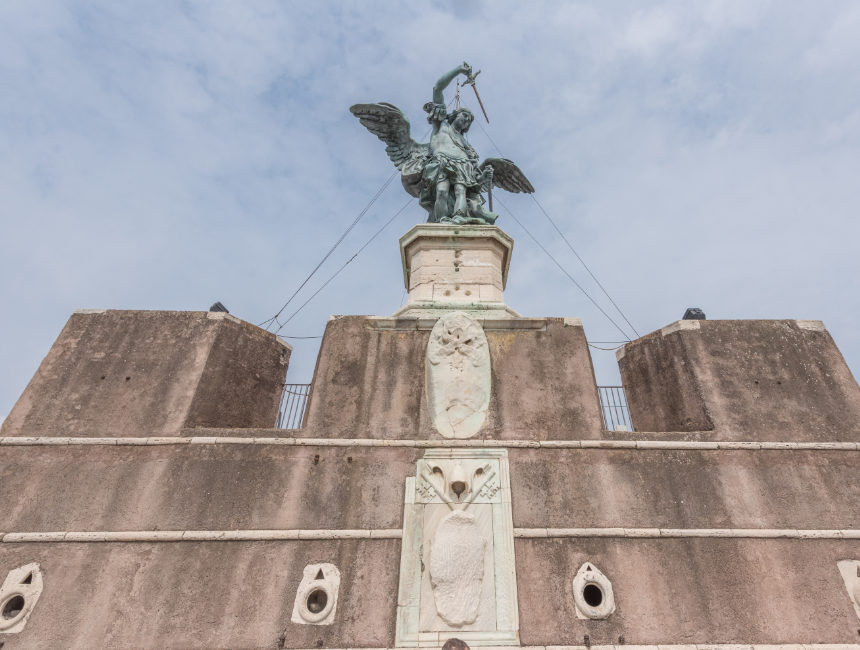 What would the Sant Angelo Castle be without a beautiful statue of an angel?!

In the fourteenth century the fort was transformed into a castle and Pope Nicholas III connected the St. Peter’s Basilica with the Castel Sant’Angelo with the help of a secret passage: the so-called Passetto di Borgo. As a result, during the siege by Charles V in the sixteenth century, Pope Clement VII could take refuge here. A few years later, pope Paul III built a beautiful apartment here so that the popes could shelter in appropriate circumstances. You can still admire the exceptionally beautiful frescoes and works of art from the Renaissance period.
Later the building would also be used as a prison by the popes and some prisoners were even killed here.

How did the Sant Angelo Castle in Rome get its name?

According to legend, the archangel Michael appeared in 590 with his sword on top of the Castel Sant’Angelo in Rome to announce the end of the Great Plague. To commemorate this event, Montelupo made a marble statue in 1536 that was replaced by a bronze statue more than two centuries later. The Fleming Peter Anton van Verschaffelt had the honor to create this. The original statue can still be admired on a square inside Castel Sant Angelo. 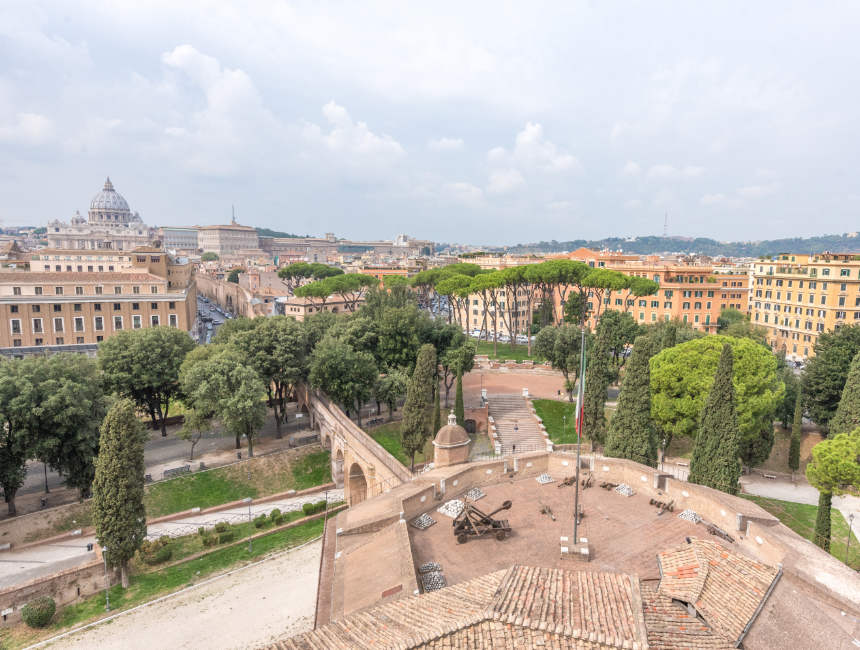 From the Castel Sant’Angelo you get beautiful views of Rome!

Since 1901 this castle officially serves as a museum, so you can now visit the Castel Sant’Angelo.
Tickets cost €15,50 for adults, seven euros for citizens of the European Union between 18 and 25 years and children can enter for free.
Castel Sant Angelo can be visited every day from nine o’clock in the morning until half past eight in the evening, every day of the week except January 1st, May 1st and December 25th.
An entry ticket + audio guide costs €21 per person.

There are five levels: 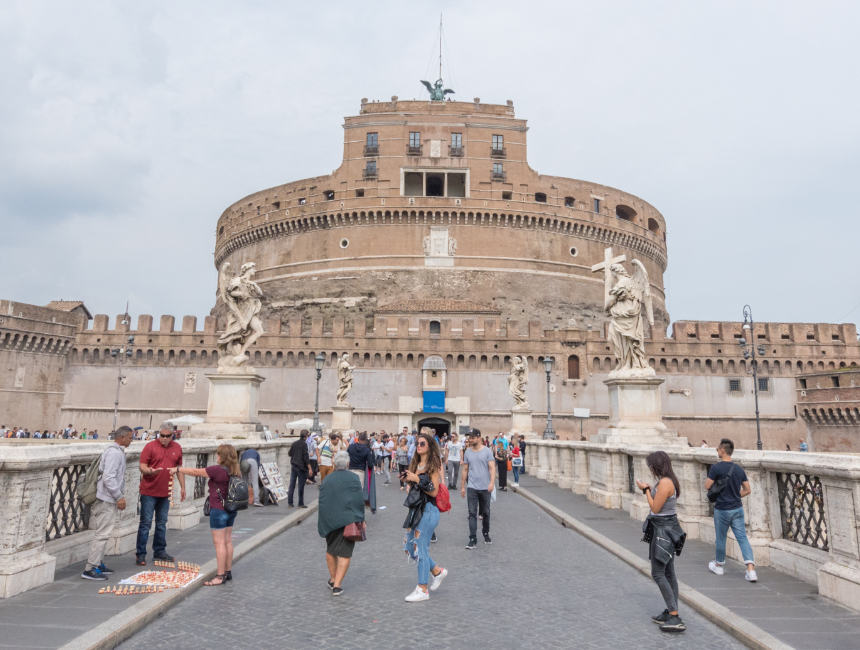 The bridge leading to the Sant Angelo Castle is already a work of art in itself!

Castel Sant Angelo in the spotlights 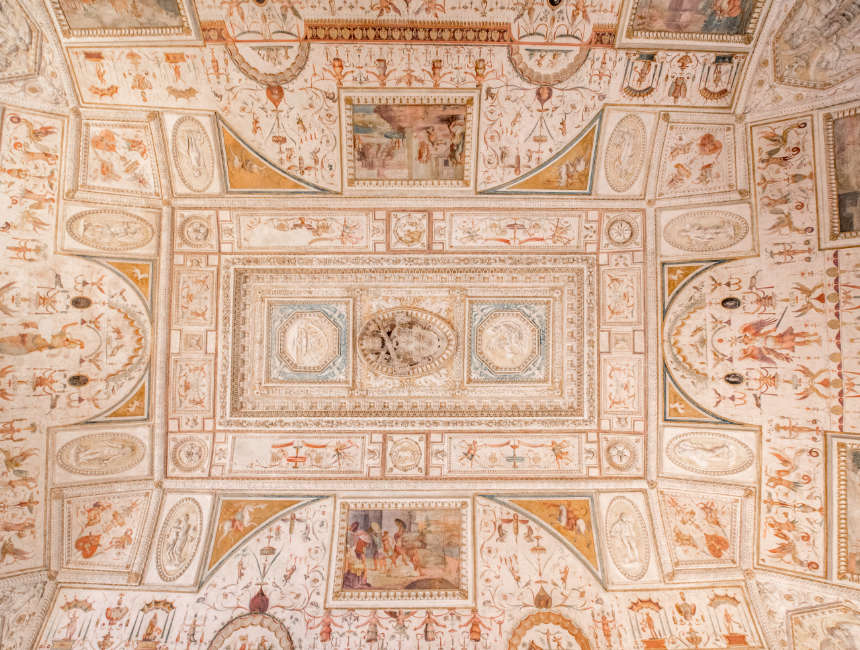 The inside of the Castel Sant’Angelo in Rome is beautiful! A lot of art and beautiful interiors. 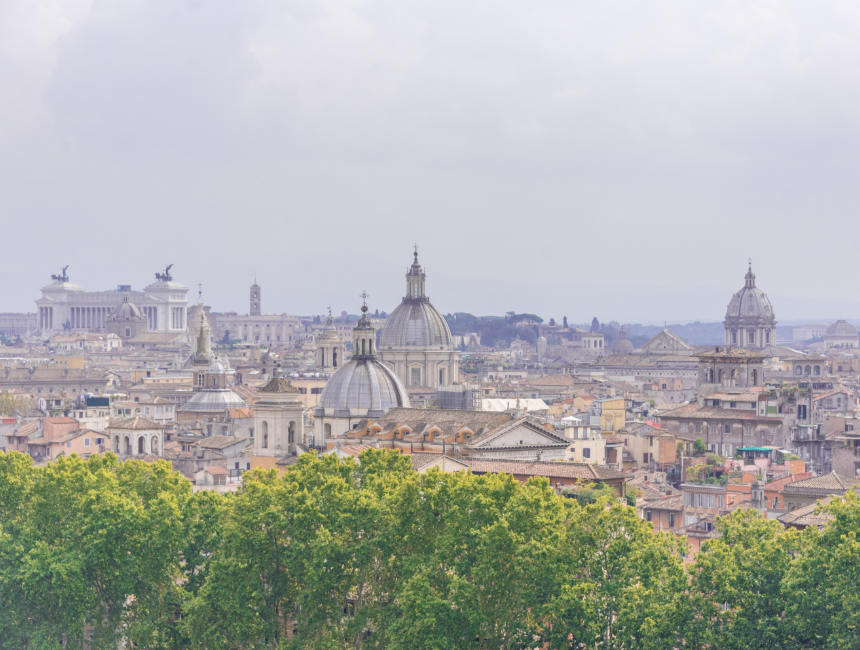 Definitely go to the highest level. From there you get a phenomenal panorama over the Eternal City!

Tips for visiting the Castel Sant’Angelo in Rome 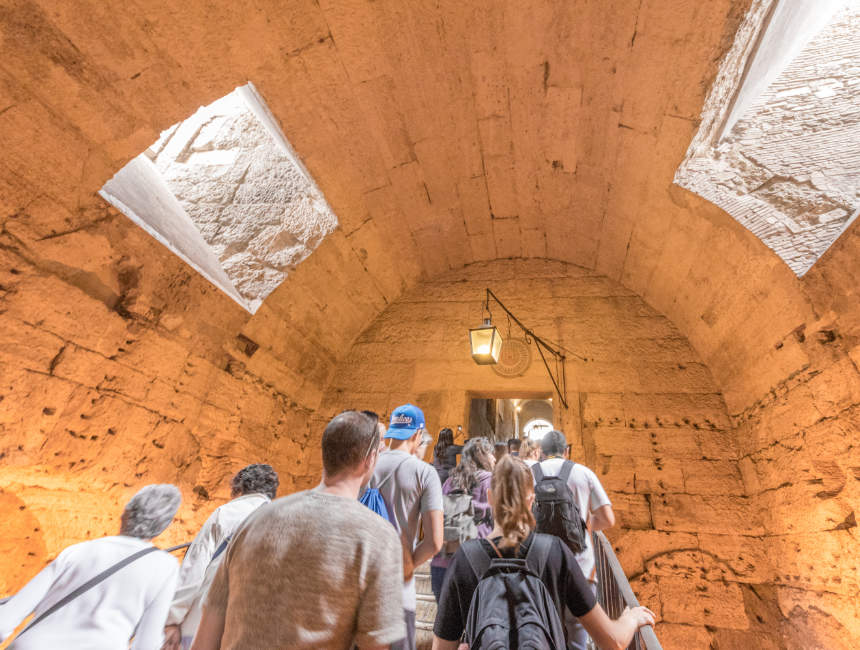 You have to do quite some climbing if you want to see all five levels of this impressive castle.