Stonehenge is one of the most important archaeological sites in Europe. To date, people still don't know exactly what this historic site was used for. I tell you everything you need to know (and what I know) when you're visiting Stonehenge. Do you know more? Then you are either an alien, a time traveler or just a very intelligent person! Feel free to share your knowledge in a message!

Do you want to visit Stonehenge?

Book your day tour with these recognized tour operators. 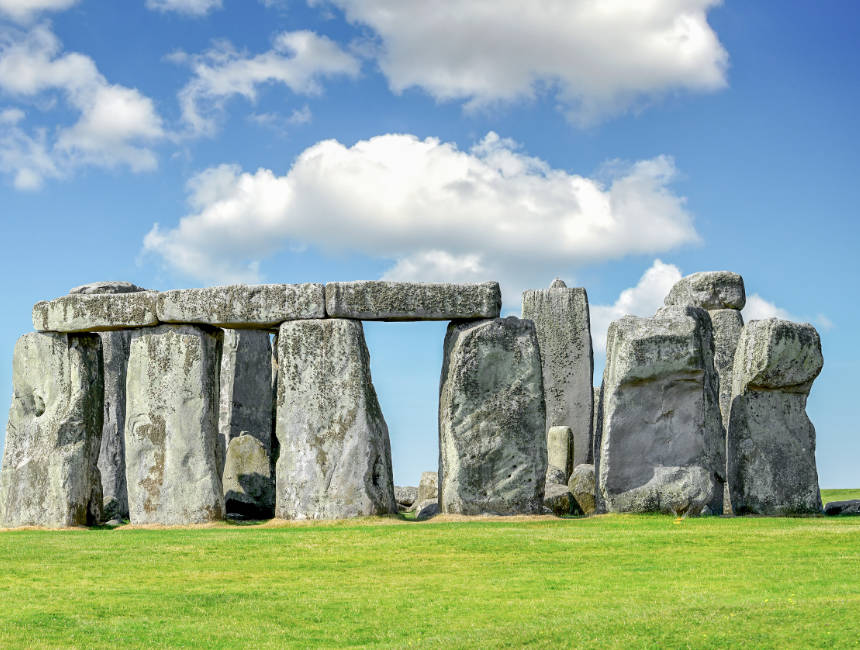 Most people give a rather vague answer to this question. “Isn’t Stonehenge that pile of strange rocks somewhere in England?” Technically, they are right, but this historic monument is so much more than just a bunch of strange stones.
A ‘henge’ refers to a round or rough oval ditch with an external bank. Stonehenge is different in that respect because the bank is internal. However, most theories suggest that this was done for privacy reasons. That there is only one entrance proves this line of thought further.

‘Henges’ were built by our neolithic ancestors in 3000 BC, across the entire British island. In total there are about 1000 and every year, more are being discovered. Concretely, the strange monument consists of a circle of upright stones, where each stone is about four meters (13 ft) high, two meters (6,5 ft) wide and weighs around 25 tons.

How old is Stonehenge?

Archaeological evidence shows that the area around Stonehenge was already populated around 8000 years before Christ. During the Neolithic and Bronze Age, however, most of the monuments were built. In 3000 BC, a ditch and bank were laid and the first carpentry was done. 500 years later they started to add stones coming from Wales, and it wasn’t until 1600 BC that the remarkable construction was completely finished. 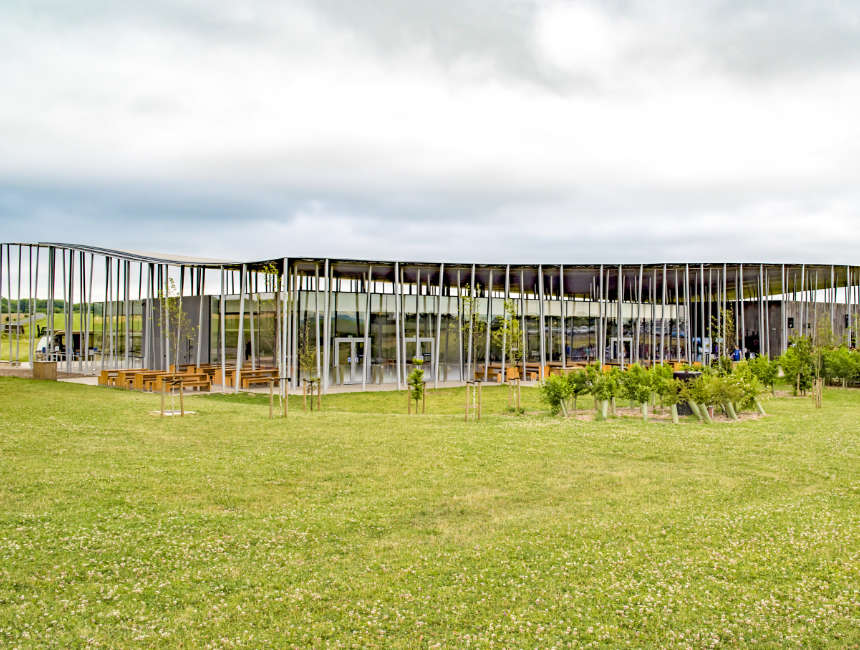 The visitors center of Stonehenge. It fits well with the monument! Don’t you think so?

What was Stonehenge used for?

Because the site was created by a culture that didn’t leave written sources, there is still no exact idea for what it was used for. The internet is full of strange theories but roughly there are three interpretations that try to explain the function of this prehistoric building.

The proof of this theory is located throughout the area. When you look around you’ll see numerous burial mounds in the surrounding landscape. Archaeological excavations have also found skeletons, which supports the proposition that Stonehenge was a sacred place. People lived far from the monument and traveled here to worship. In recent years, bones of 63 bodies have been found and the most recent evidence shows that it was a cemetery for only the elite.

A place for celestial or astrological alignments

What’s also certain, is that astronomy has something to do with Stonehenge, because the location of the stones can not be purely coincidental. Originally it was thought that the complex was only used by a sort of priest who could predict the seasons for agriculture on the basis of astronomy. Now, however, people know better. The only astronomical evidence that’s found until now is the timing of the ceremonies that was extremely important.

There is also evidence showing that Stonehenge was a place of pilgrimage. It’s clear that people traveled a long way here. For example, a skeleton from Switzerland was found here. The bluestone from which this monument exists was given healing powers by ancient communities. Excavations show that some mortal remains had serious wounds. That’s why it is thought that this world heritage site was a place of pilgrimage where medicinal miracles took place.

What is certain in any case is that it was not a temple of druids, because the building already existed 2000 years before them. Nevertheless, thousands of so-called modern druids visit the site every year, especially around solstices and equinoxes. 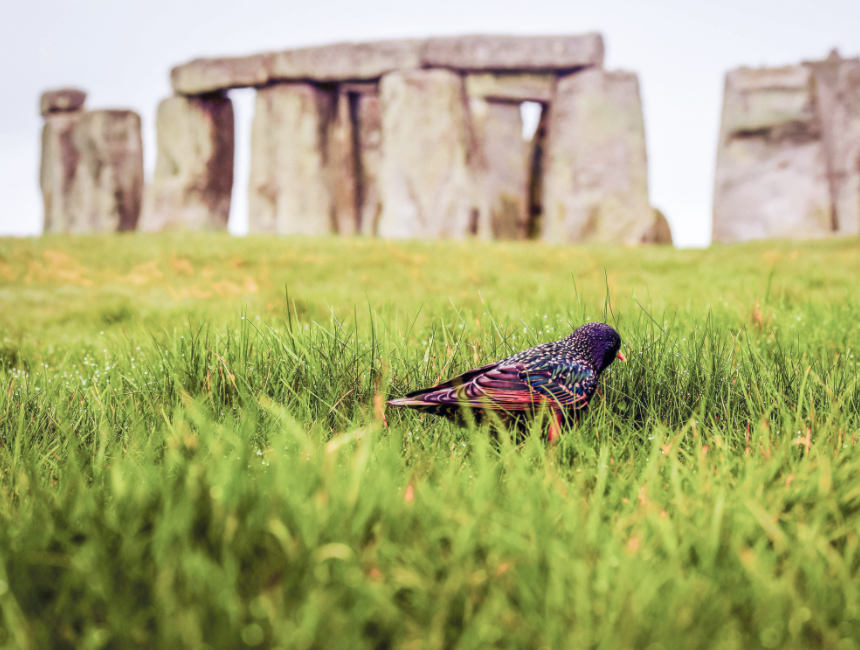 Around Stonehenge many (black) birds fly, such as crows and magpies. They only make the mystery around the stones bigger…

Where is Stonehenge and how do you get there?

If you want to visit Stonehenge from London (which lies in the east) take the M3 and A303 towards Amesbury. If you come from Salisbury and the south, you choose the A360 south of Devizes. You park your car at the visitor center and from here you walk or take the shuttle bus to Stonehenge itself. The bus is included in the entrance fee.

If you prefer to take the train to this World Heritage site, Andover and Salisbury are the closest stations. Both can be reached directly from London Waterloo train station. From there you take a bus or taxi to Stonehenge. The last option is the easiest and costs you 35 pounds (back and forth with an hour to walk around).

Visiting stonehenge from London is perhaps the easiest with the help of an excursion. A day trip to this remarkable monument costs approximately $70 / £45 / €55 per person (ticket and transport is also included in this price). If you arrange an excursion, I recommend to immediately combine Stonehenge with Bath and maybe Windsor Castle or Oxford. Sometimes it costs you just as much, sometimes barely ten dollars / pounds / euros more. But this is the perfect way to see some of the most beautiful sights in the United Kingdom in one day! 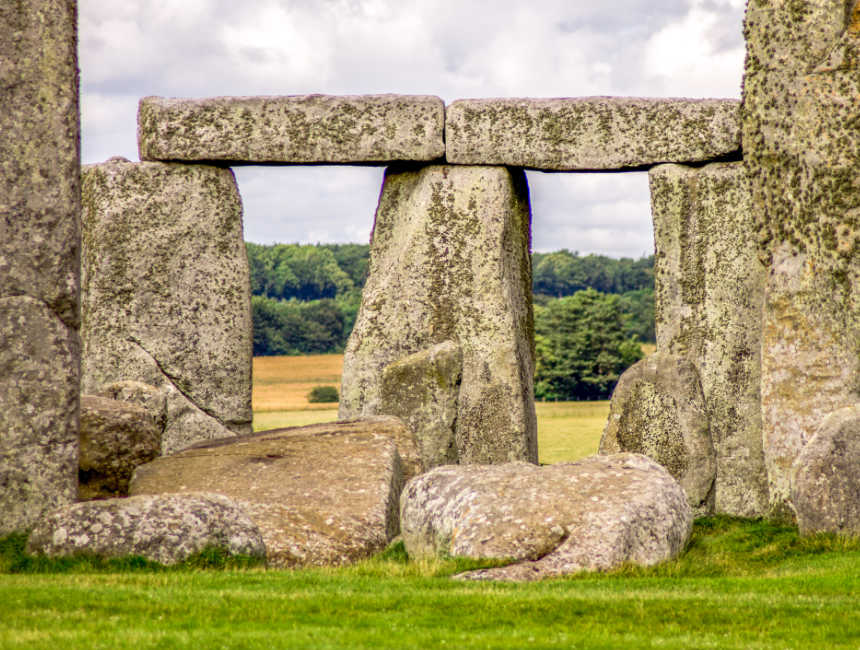 What would the function of Stonehenge be? One of the world’s greatest mysteries!

Adults pay $22 / £15 / €18 for a ticket, children pay $13 / £10 / €11. You will also receive an audio guide that provides approximately one hour of listening material. To make sure that you get in, you can order your tickets online in advance or book a combination ticket where you also visit Bath, Oxford or Windsor Castle.
You can’t enter the stone construction itself, but walking around the monument via a designated path still gives you quite the view.

» All tours and excursions to Stonehenge

Nobody knows with certainty what Stonehenge was exactly used for, and that’s what it makes such fun to visit this UNESCO World Heritage site. Watch this wonder with your own eyes and draw your own conclusions! 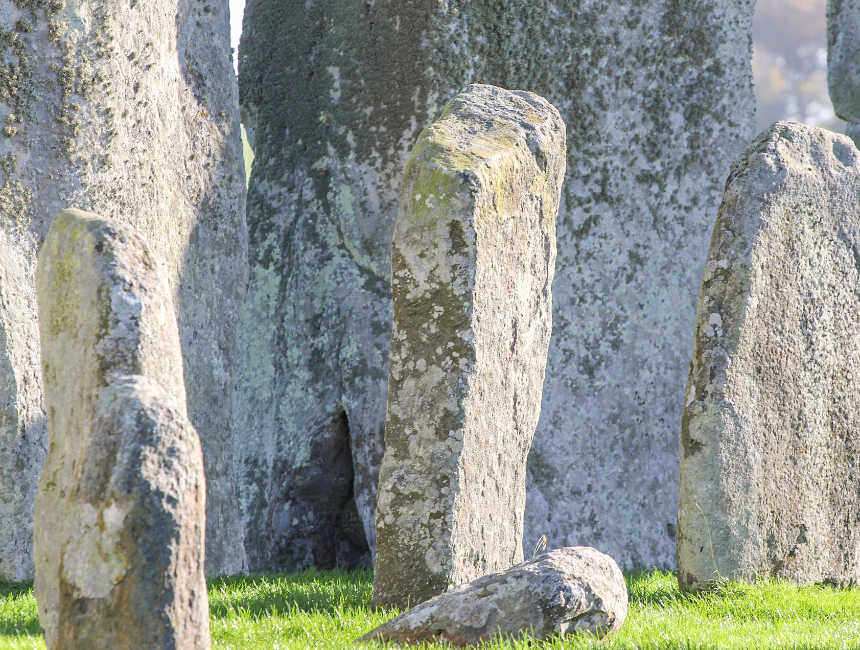 Do you want to see this monument with your own eyes? Then go to Amesbury in the UK. It’s not so far from London, Salisbury and Bath.